With St. Patrick’s Day fast approaching, I thought it a good time to have a quick fire run-through of 10 great songs that the Irish have given the world. I hesitate to call this list 'The 10 Best', as of course I’ve left out numerous great songs that could equally be considered for inclusion - these are 10 tunes that in retrospect, probably says more about my own particular vintage than anything else.

And with that, here they are...

A mandolin, a drum machine and a bass guitar. That was it, goes to show that you don’t need too many bells and whistles, just a great melody and great execution. They also had a strange look, which was cool!

A cut from Lisa’s magnificent Passenger album, you could listen to Lisa sing the phonebook and be satisfied, but hearing her whisper her way through the glorious Paper House, reminiscing (or imagining) of times together, walking a "hallowed place back then, the edge of Dublin," it’s easy to get lost in the magic and to believe that she is speaking directly to you. She’s isn’t!

It was a great time for Irish music in the southwest of Ireland in the early 90s, and although the Frank's psychedelic zaniness got them on Top of the Pops with After All, I felt that This Is Not A Song had a bit more going for it. I also caught them in Whelan’s a couple of years ago and they are still outstanding.

OK, as mentioned on these pages before, disappointingly there are no women referenced in Dave Couse’s lyrical trip through the artistic achievements of mankind throughout the ages, but in his defence, he made up for this later. It’s a crazy notion for a lyric, but it works, along with a driving rhythm section and a cool video (by future Hollywood movie director John Moore) to boot.

Taken from their debut album Becoming A Jackal in 2010, That Day captured perfectly what Conor O’Brien was trying to achieve during this period, both lyrically and musically. It’s changed a little since, and he continues to improve overall, but this remains his masterpiece.

5. The Sultans of Ping FC: Where’s Me Jumper?

The second Corkonians on the list, I must be going soft! For a band that wanted to be seen as a serious act, why did they make us laugh so much? Possibly the best opening quatrain of all time, coupled with a banging rhythm, one of the most sing-along choruses in Irish music, and a good dollop of anarchistic madness.

Another one that shows up often on these lists, but why shouldn’t it? Aslan in 1988 were outstanding, with a big sound, a great image, and a debut album that still sounds pretty epic three decades on. Their legacy also includes the later Crazy World, but for me it’s This Is, boasting a massive chorus that references that least endearing Irish quality where "Everybody hits you, everybody knocks you down."

I personally never thought of it as a punk song per se, but it’s short, it’s catchy and it’s about a teenager trying to get his jollies in Northern Ireland in the late 1970s! Not quite how Stiff Little Fingers were representing the North, but that’s also what’s great about it. And John Peel loved it... damn it, nearly made it!

C’mon, you knew I (of all people) would stick a U2 track in here. The obvious candidate was One, but With Or Without You made it to number one on the U.S Billboard charts upon release, and in 1987 Irish people needed to know that there was some semblance of hope out there - U2 gave it to us. Of course every young person in the country also fecked off to the U.S in 1987 but that’s not U2’s fault. And who doesn’t like Bono?

1. Whipping Boy: We Don’t Need Nobody Else

Fergal McKee, it seems! Poor grammar aside, We Don’t Need Nobody Else is a bona fide classic. Bono takes a hit in this one, and it’s pretty hilarious. Then we hear the line about domestic violence, and it all gets a bit dark and unnerving. Outstanding fare from a band that was probably undone by its own pursuit of the truth, and the only band where I ever feel real sadness that they couldn’t get a career out of this... apart from my own, of course! 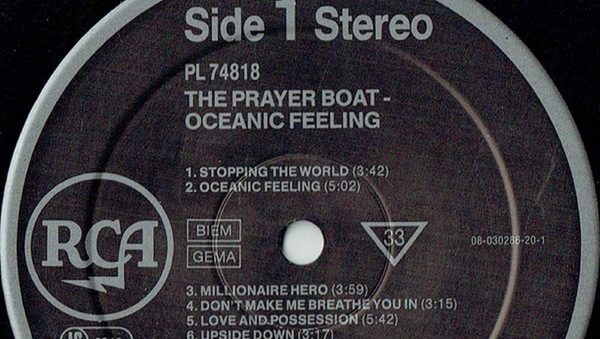