Leading Irish and international authors, an exploration of language across different art forms and a focus on Irish-language writing are at the heart of the 33rd Cúirt International Festival of Literature, taking place in Galway from April 23-29.

In a new departure, Cúirt will explore language across art forms, namely music and visual art - the Lyrics of our Lives event looks at the creation of song lyrics as a writing practice, and will feature The Stunning’s Steve Wall, Julie Feeney; The Frank & Walters' Paul Linehan and Brendan Murphy from The Four of Us, as they discuss the inspiration, anecdotes and the craft behind the music. Play It Again, presented in association with Music For Galway, features The Guardian’s former editor-in-chief Alan Rusbridger, who joins virtuoso pianist Finghin Collins, playing the works of Chopin, for a conversation about music, reading, writing and politics.  Elsewhere, trad legend Danny Diamond’s fiddle will converse with the poetry of Tom French in What To Bring When We Leave.

Ahead of this evening's launch at @The_House_Hotel Programme Director @emilyecullen stopped off at @coffeewerkpress to give @mcmonaglewriter & Mike McCormack a sneak peek of the programme! Scrummy coffee was had too! #launchday #Galway #Cuirt2018
?? Boyd Challenger pic.twitter.com/1iH7uiqI58

Other notable events include World Perspectives, a look at world literature through the lens of writers from Catalonia, Austria and France, namely Eduard Márquez, Norbert Gstrein and Hédi Kaddour; an examination of the short story with Éilís Ní Dhuibhne, Sean O’Reilly, Ger Reidy and Joanna Walsh, and a celebration of the best in contemporary non-fiction with essayists Kevin Breathnach, Brian Dillon and Susan Tomaselli.

Solar Bones author Mike McCormack will lead a reading and discussion on the migration of Ireland’s young generation, with Andrew Meehan and E.M Reapy, whose debut novel, Red Dirt won Newcomer of the Year at the 2016 Irish Book Awards and the 2017 Rooney Prize for Irish Literature. There are also contributions from Kelly Creighton, June Caldwell, Billy O’Callaghan, Kathleen Winter and Cork writer Danny Denton, whose debut novel The Earlie King & The Kid In Yellow is winning rave reviews.

A commitment to the promotion of Irish-language writers is a welcome feature of the festival - An Focal: Cuisle will celebrate the written and spoken word in poetry, music, song and craic with three of the finest contemporary Irish-language artists, Marcus MacConghail, Ailbhe Ní Ghearbhuigh and Simon Ó Faoláin. Darach Ó Séaghdha, author of Motherfoclóir: Dispatches From A Not-So Dead Language, will lead a discussion about the work of Flann O’Brien, which will be recorded live for his popular Motherfoclóir podcast.

With over 70 events in total, many of them free, across poetry, prose, music and spoken word, the Cúirt programme also includes theatre, talks, masterclasses, family events and exhibitions, as well as its annual education programme for children and teenagers, Cúírt Labs. Find out more here. 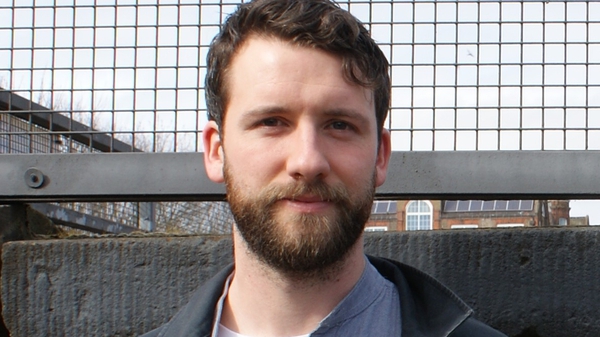 Reviewed: The Earlie King & The Kid in Yellow