You may have noticed recently the return of much-loved television shows from the late 1980’s and 1990’s. Shows such as The X-Files, Roseanne, Cagney and Lacey and Magnum PI are being dusted off and rebooted.

To discuss this, Marian Finucane was joined by lecturer in television studies in the school of English, Drama and Film, UCD, Jorie Lagerwey.

Lagerwey listed off a ream of old television shows that have been revamped and put back on our television screens, among them Charmed, Will and Grace and The Gilmore Girls.

The television studies lecturer admitted that these particular TV shows are easy watching - it's a pleasurable experience go back to your childhood, and escape from the political day-to-day crises that consume our lives the rest of the time.

"Go back to your childhood favourites and not have to worry about economic upheaval and political crisis."

Jorie told Marian that some shows - such as the forthcoming Cagney and Lacey revival - have decided to recast and use different actors so they can reach out to a different, newer and younger audience, whereas others who have kept their original casts don’t mind if the younger viewers aren’t familiar with the older faces and are quite content with that.

"They don’t mind frankly if younger viewers didn’t know the originals. Tune in or not. They’re happy enough with their target audiences."

The television expert explained that steaming giants like Netflix pump a vast amount of money into their own productions, and broadcast networks now have to compete with this.

"The cheaper ones are on the broadcast networks, who need to compete with Netflix and so they have to fill lots of hours with a programme that they hope is going to be gimmicky enough to bring in viewers away from Netflix"

To listen back to The Marian Finucane Show, click here. 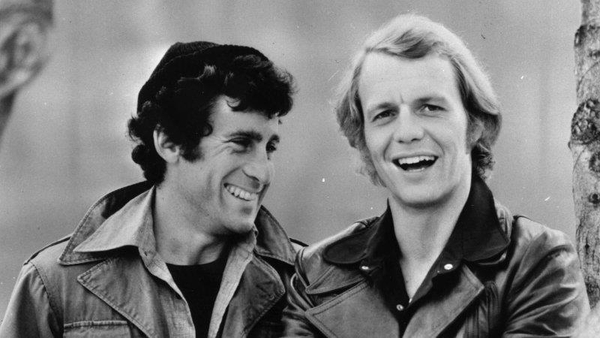