We're delighted to present an extract from The Earlie King and the Kid in Yellow. the debut novel from Cork-born author Danny Denton, published by Granta Books.

Ireland is flooded, derelict. It never stops raining. The Kid in Yellow has stolen the babba from the Earlie King. Why? Something to do with the King's daughter, and a talking statue, something godawful. And from every wall the King's Eye watches. And yet the city is full of hearts-defiant-sprayed in yellow, the mark of the Kid.

THE KID IN YELLOW

The kid in yellow rubbed the shine of his pantalones, his legs being cold. In the afternoon of a day which he would not remember he was woken by the hourly bell. The sound of his brother shooting returned him to the world of the flat, all drip and drop and flow and splatter and bedroom gunfire and pitterpatter. And cursing and quiet: dreadful quiet of no mother to say STOP THAT NOW and no father to say COME HERE. Dreadful quiet yes.

/Tommib/ he said. /Tommib and silence and rain and violence/

/Never even got to say goodbye/ he heard himself say. /Or yoo-hoo/

Fire, he longed for fire. And he saw the rain too, from the fire escape door as he lay on his sofa, rain falling night and day, and he imagined some dark heaven above it.

/Tommib/ he said. /Tommib and fire and tall mossy spire/

He pushed off the couch.

To the brother: /Am going out/

From the brother: no response.

To the brother: /Want anything?/

The brother grunted no, lost to the world of a game where he murdered scores.

From the twenty-sixth floor of the Croke Park Flats he was carried down. Words were graffiti-written up and down the broken mirrors. WHAT YOU TINKIN, he read. The King’s Eye, he saw. And his message to T. And the promise of Vinny Depaul to burn the oppressors of the poor. And the slogans of the politicians, and all the other words people lashed out with.

It was a glittery drizzle that day, rain sparkling, sticking to the buildings and the boats. From the entrance to the flats he took the network of alleyways, the alleys being narrow and waterlogged and lined often enough with people nearly dying from Fadinhead. That day though they were quiet. He saw only two boys in close against the fence, holding each other. They were without skins so that the rain ran down their shaven heads and soaked their underclothes. He gave them a wide berth, but they were shivering and crying out their last and didn’t even notice him.

At the end of the alleys was the canal, and the stables where he kept Honest John. At the stables there was only the old buck, with the long grey ponytail and the moustache. They’d seen each other most days for two years without ever knowing each other’s names.

/Help thee, lad?/ the old buck asked as he swept water towards the perimeter drain.

/Collecting John is all/ the kid said.

The buck followed the work of his brush. /Sound/

A lovely calm animal, Honest John showed no pleasure at seeing the kid. The pony watched the horizon instead, with eternal patience, dull lids drooping over chestnut eyes, tail flicking at chubby flanks.

They left the yard together side by side, connected to each other by a length of cable that the kid held. He never got up on the pony, he didn’t think that was right. The way he saw it, if horses and ponies were meant to be ridden they’d have been born with saddles on their backs. Of course people mocked him for that, but, yes, he walked Honest John like a dog of old, and had found that him and John walked at the same pace, and were interested in stopping to look at the same flowers and the same canal vessels.

Pony and kid had each other two years. The kid had bought the animal with money made from running for the Earlie King. In the pub too they gave him tithes for doing their bets. They slipped him grade if he spiked women’s drinks for them. Two years, but when you see someone every day for two years it does not feel like you have known them only two years. It feels like whole lifetimes you’ve spent together.

The canal beyond the stables led to the river, and they walked in that direction.

/See, the world is full of other yous/ the kid was telling John. /Is full of people who are just like you but somehow different. They may look different; they may sound different. They may have different favourites; they may have different mammies, or memories, or names. But something in them will be the same as in you. Something in them will reflect in you as with a mirror. You and me are like mirrors of each other, for example. And, somehow, me and the King are like mirrors of each other too/

Honest John stopped to pinch a mouthful of canalweed for himself.

As they walked the riverbank walls he plotted and spun plans but found himself down dead-end alleys with each idea. He alone was responsible. Anger grew and faded. He felt lost. He tired himself thinking about T and the babba.

/Tourists came to Dublin once. Ebb and flow and whack on the bonce!/

/Tommib and weft and warp and sea. Be the thing you want to be!/

The rain began to come down heavier, hurling itself against the river, but they kept on at their own pace. Rickshaw amphibians stopped on the path, ringing bells and shouting slogans, and gondoliers called destination prices from the water. The road and the river were busy, but it seemed like the kid and Honest John were the only ones out walking. They were fine on their own, walking.

The city intercom relayed advertisements and statistics to the unhearing people. The lashing went on and the lights came on strong. The kid began to feel the mystery of the rain. Coming along by the city buildings he wanted to get lost in them.

/You ever wonder, John, are the buildings sleeping? And are all the people going around in them the buildings’ dreams of people?/

He wanted to be inside one of those buildings, inside one of those dreams. He wanted to be just a normal office worker in a shirt and tie, walking corridors and chatting nice to people under bright lights. To be older. A grown-up. A father, with T his wife. To see everything in one straight line. But the way it all happened it was like he was treading water in the night, in the windy rainy sea, and he was drunk, and he didn’t know which way was land and which hole piss came out of. Panic and sadness grew and faded, grew and faded. Anger flashed and disappeared. What could he do? He could not do what she had asked.

Traffic lights, shining cobblestones, the whale song of drones and overpasses. Yellow lines, leaking sewers. Fuming vents. Into the city building streets walked the kid and Honest John, the two of them streaming. The city was a steaming mess of steel and glass. Yellowblack. The TeleVisio said that Vikings came down that river once and built a town of wood on its banks, and the sun shone through the rain and blonded their hair for them, and if you dug down far enough into the river now, through the oil slicks and petroleum clouds, through the mutie fishbones and old boats and trolleys and tyres, you would find the wood of that city they built, even now. He wanted so badly to understand the world, but all he had was confusion and numbness and boredom and anger. He felt nothing good could come of his life. The Earlie King. Honest John. T, the babba. Crooner Bart. Brick. Perspex. Fountains in the rain. His brother on the computer, shooting. The wet walls of the flat. The leaking, creaking dockyards. He tried to piece it all together like a story but he was still lost. On a deserted pavement he picked a chunk of concrete from the ground and hurled it through a building window, and the banshee wail of the alarm chased them down the road, Honest John trotting along with him, with the same look of eternal patience in his chestnut eyes.

THE WORD OF WARD!

And then there was The Earlie King…

Well, let me tell you about our country. When people accepted that it would never stop raining, we weren’t long losing farming. People just walked away, and one of our biggest industries disappeared almost overnight. They were tired of floods, you see. Of not being helped. And the same thing happened with fishing when the seas around us became too acidic and what was left of the catch turned hard and mutie. Once automation became the industry standard our last hope of a stable economy was gone. And the whole thing crescendoed. I remember my father telling me all this, and mayhap his father told him, or lived it, I don’t remember. All these stories are ghost stories now.

Other economies crashed, other recessions took hold. What we had left, no country wanted or could afford. Only pharmaceuticals survived here, so that those who had farmed and fished began to haunt the conveyor belts of the pharm factories. Then, like a bad joke, or a tragedy, the New Labour Laws were written, and these factories became unregulated hellholes. Old culchies and teenage jacks alike wandered into industrial estates looking for a start and were never seen again. Things got very bad. That was when vigilantes like Saint Vincent Depaul started to burn things up.

The people moaned of corrupt governments, the badness in religion, of the environment, of dark magic. Hippies began to speak of an old god named Manannán Mac Lir coming back. There were many theories around this time. I remember even that people worshipped a defunct satellite. They begged it to cure their sick children. But everyone was too … distracted … too addled by different entertainments … too duped by government messages … to do anything about anything. Eventually they stopped talking and praying and those who could afford it left for healthier places.

The cities festered; the suburbs drowned. And the countryside changed forever - no longer farmland but marsh, swamp, fen, fish farm, labs and compounds on concrete stands in the mangroves. The first Irish pink dolphins were discovered in the Boyle, the first green dolphins in the Lee. These were scientific triumphs until it was discovered that the animals were deaf, tormented animals. Ireland became a cesspool for deranged life.

Then, I suppose, we stumbled across a business plan - an economy - that worked: sell what people won’t admit they want. Fadinhead. Herbal. A tasty plastic dish. A kidney. A perfect genetic specimen. We became the crooked nation. And who administered this market? Not the Heavies, not the government. Crooks. Criminal gangs. And out of a garden full with weeds like that grew a great bramble. Roots mysteriously deep. This was something untameable. This was the Earlie King.

The Earlie King and the Kid in Yellow by Danny Denton, published by Granta Books, is out now. 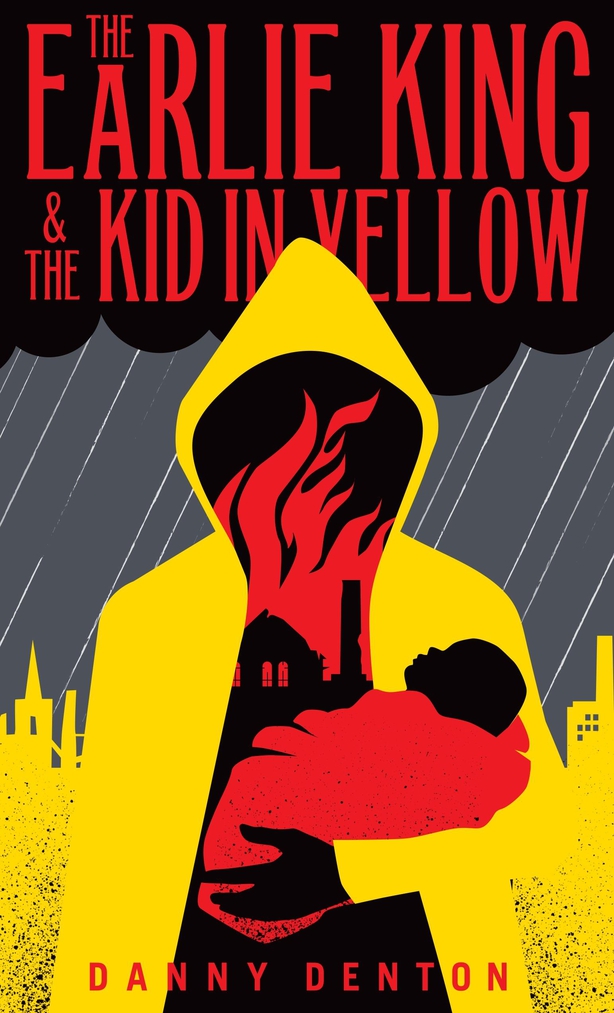 About The Author: Danny Denton is a writer from Cork. He has been awarded several bursaries and scholarships for his work, and has published work in various journals. This is his first novel. 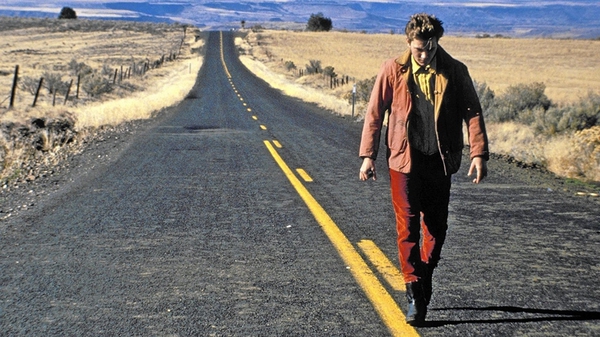