When you think of 1950’s Ireland, images of gloom, doom and unemployment might spring to mind. Turning that on its head, The Little Museum of Dublin is opening an exhibition entitled Ireland’s Fashion Radicals.

The show features an eclectic and colourful collection of fabulous frocks by a group of Irish designers, mostly women, who became big players on the global stage during this decade. The exhibition’s curator, Robert Byrne, joined Richard Curran on the Today programme.

"The 1950’s in Ireland get very bad press because, post-independent state, it was the worst decade in our history. It had the highest rates of unemployment, the highest rates of emigration, the country was on its knees, consumption was consistently falling… However, at the same time, you have a group of young independent women who start their own businesses and make a success of them and show that it’s possible to be successful entrepreneurs as a woman, at a time when men and women in large numbers were unemployed and leaving the country."

Featured in the show is the work of designers including Sybil Connolly and Neillí Mulcahy.  Robert says,

"What you have is very traditional Irish crafts and fabrics, but given a very modern and contemporary feel…  Suddenly you had these attractive, persuasive women who could take to the United States beautiful clothes with an image of Ireland as being a centre of design innovation. They were huge!"

Sybil started out as a very successful saleswoman before making the switch to designer. She specialised in elaborate box pleats of luxury Irish linen, while Neillí favoured tweed in bright and bold colours. Apart from putting Ireland firmly on the 1950’s fashion map, they also created a whole new world of possibilities for women all around the country.

"You have young people starting their own industries but by and large they employed people who worked in their own homes and they would have been mostly women as well so they were giving financial autonomy to hundreds of women throughout the country."

Ireland’s Fashion Radicals runs from January 25th to March 25th at The Little Museum of Dublin - tickets can be bought here.

Click here to listen to the programme in full. 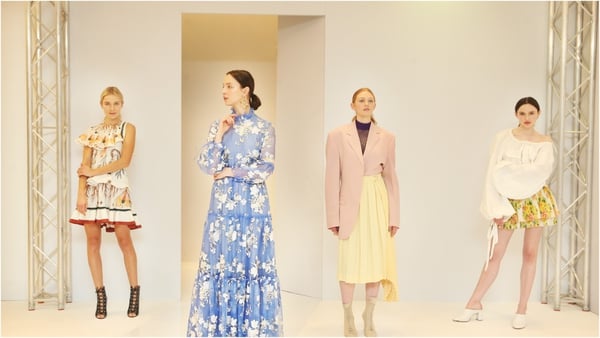