Was there any use in broadcasting concerts on the radio? Any point in tuning in to hear a massive orchestra mixed with grizzly static and somehow gushing from the little wooden box on the mantelpiece?

This year we're celebrating the 50th anniversary of the first regular broadcast exchange of concerts across Europe by The European Broadcasting Union (EBU). So, the answer was clearly yes. But why anybody -- listener or broadcaster -- should go to all that effort was snarkily debated from the start.

Back in 1967, there was a man at the BBC called Hans Keller, a Jewish refugee from Vienna, who fled to London at the start of WWII, and became one of Britain's best known voices on music. He was also a world class mischief maker, at least as well known for one particular radio outrage as for all he did to bring Europe's concert halls together.

In 1961, Keller produced a program for the BBC featuring the composer, Piet Zak, a Pole then living in Germany. Only he wasn't. Because Zak (like the concert exchanges) was a creature of Keller's imagination, an entirely fictional creation. Not that that stopped Keller broadcasting to the unwitting Empire Zak's Mobile for Tape and Percussion, a prolonged round of banging and whistling that he and a friend had recorded one night in a BBC studio.

Despite his trickster tendencies, it was Keller who drove the first of what are now the regular exchanges of concerts by broadcasters around Europe, organising a concert on November 27th, 1967, featuring the very real (and not at all cuddly) music of composer, Benjamin Britten, who also agreed, reluctantly, to conduct.

Hans Keller took another, simpler view. He believed that the more people with access to music the better, for the people and for the music.

Although Britten had been happy to create music for radio dramas from the earliest days of the BBC, he was no fan of the sheer madness of broadcasting live concerts. Unless people were able to sit in the hall and listen to the orchestra, he argued, unless they could hear how the music sounded in that particular space, on that particular night, they might as well just skip the whole affair.

Anything less than a seat in the aisles represented mass entertainment, and a terrible dumbing down from which high culture might never recover.

I'm paraphrasing, of course, but that is roughly how Britten saw the business of live music on the radio. Less offering the possibility of reaching new audiences, and more the probability of fatally devaluing art.

Of course, Britten wasn't alone in his scepticism, and joined the debates then raging about music on the radio. If there was too much music available -- most nights there'd be several hours of it, imagine! -- would populations across Europe simply stop appreciating music altogether? And then what would they do? Maybe spend all their time on Instagram instead? OK, I know. But you can bet back then they knew something just as terrible that was about to ruin the world. LSD, maybe.

Hans Keller took another, simpler view. He believed that the more people with access to music the better, for the people and for the music. And he prevailed. Today, thanks to Keller (not to mention a network of fibre optic cables and satellites with their retinue of engineers, along with an eight-person team based at EBU HQ in Geneva, Switzerland) thousands of hours of the world's greatest music crisscross thousands of miles each year, many of them turning up in Ireland in places like The Lyric Concert with Paul Herriott, or The Full Score with Liz Nolan on RTE lyric fm.

Was there any use in broadcasting concerts on the radio? Any point in tuning in to hear a massive orchestra mixed with grizzly static and somehow gushing from the little wooden box on the mantelpiece?

And indeed as live gigs on 2FM. After successful early outings with the music of Benjamin Britten, celebrations of Beethoven and Haydn, string quartets and operas, requiem masses and even jazz, the scheme has since the 1980s branched out to broadcast rock, pop and folk.

The EBU concert exchanges are still two thirds classical music, but this year, they included the biggest ever gig by Noel Gallagher's High Flying Birds, which saw 26 million people in the radio audience.

Although, does Noel Gallagher really exist?

Luke Clancy presents The Culture File Weekly every Friday on RTE lyric. A special edition of the program celebrating 50 years of European concert exchanges is at 7pm, Friday 29th December 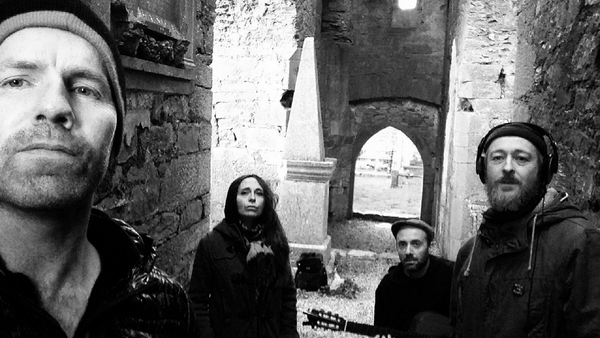