Sligo woman Hazel Higgins has been declared the winner of RTÉ One’s second series of Painting the Nation.

Hazel, a 24-year-old from Sligo who recently gave up her job to concentrate on art, emerged victorious in the Painting The Nation finale, filmed at Birr Castle Gardens and Science Centre. She faced faced off against Joanne McAndrew from Dublin and Teresa Butler from Leitrim for the honour of becoming Ireland’s best amateur painter for 2017.

Watch the Painting The Nation final here, via RTÉ Player.

She was declared the winner by Painting the Nation host Pauline McLynn after her landscape of Birr Castle wowed the show’s judges Una Sealy and Gabhann Dunne. Her painting will now hang in Dublin Castle and become a permanent part of the Office of Public Works’ State Art Collection - a dream for many artists and a rare opportunity for an amateur painter. 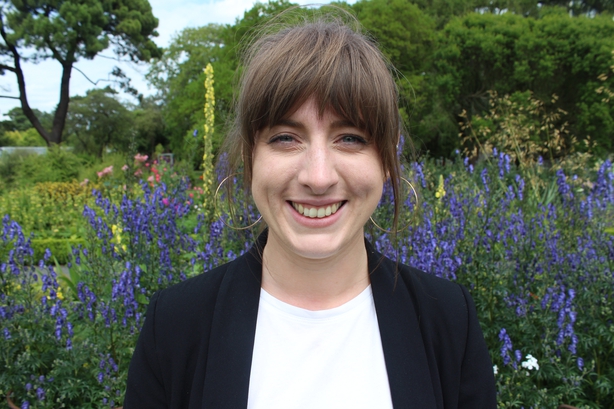 Speaking after her win, Hazel Higgins said: "I am absolutely delighted. Painting the Nation was the best thing I could have done. It really brought me out of my shell, I’d recommend it to anyone. I really enjoyed every moment and I made six great new friends. This is only the beginning for me."

In the episode, the three finalists were first asked to paint an challenging still life using objects gathered from the Science Centre, following which Teresa Butler exited the competition leaving Hazel Higgins and Joanne McAndrew to paint off for the title. Their challenge was to capture the majestic beauty of Birr Castle in its surroundings and, ultimately, it was Hazel’s landscape that impressed the judges most.

Una Sealy said: "This was a close call, and a difficult challenge for the two very talented finalists. Although both paintings of Birr Castle have strong points, we decided in the end that Hazel's piece has a strong sense of solidity and presence. The castle sits firmly in the landscape like it has for hundreds of years, and is framed nicely by the foliage in the foreground. The composition, paint handling, colour mixing and drawing skills are all strong, and contribute to the overall feeling of atmosphere and place."

Gabhann Dunne said, "It was very close. Both contestants brought their own unique qualities to the landscape and .Hazel however with her  beautiful detail of the building created a well balanced composition that emphasised the  age and weight  of the castle against the softness of its surroundings . In the end we felt that she created a stronger sense of the place by bringing colour mixing , composition , drawing and brush work to give us a real feel of Birr Castle."

The second series of Painting the Nation saw seven of Ireland’s best amateur painters put their skills to the test in a series of challenges filmed across the country. In addition, the Nation Paints competition saw amateur painters across Ireland submit their work, with the viewer Painting of the Week featuring on the main Sunday night RTÉ weather forecast.

Painting the Nation host Pauline McLynn said: "I am delighted for Hazel and everyone involved in the show. It has been a real privilege to travel the country with these seven amateur painters and watch them grow as artists. We’ve had some great fun along the way and, hopefully, we’ve inspired many more people around the country to take up their easel". 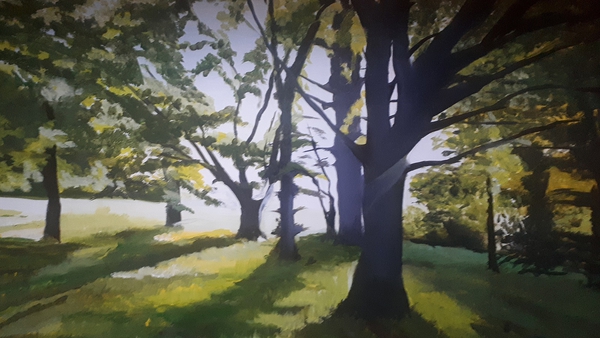