Following the passing of Irish-born architectural giant Kevin Roche, who has passed away aged 96, we're revisiting this 2017 tribute by filmmaker Mark Noonan, writing for Culture about his documentary The Quiet Architect, a celebration of Roche's life and work.

My fascination with Kevin Roche has always gone beyond the work he actually does. Who he is as a person, how he’s chosen to live his life and his almost religious dedication to his work—that is where my curiosity initially resided. What drives a modest man, with no interest in fame, to refuse retirement at the age of 94 and continually look to the future regardless of age?

Listen via Morning Ireland: Tony Reddy, former president of the RIAI, talks about Kevin Roche, the Irish-born American architect, who has died, aged 96.

I wanted to create a multi-layered portrait of Roche and juxtapose this with a broader discussion about architecture in general. As a former architect myself I was keen to make a film that would speak to anyone who has ever had a favourite space or noticed the special qualities certain buildings have that others don’t, to anyone who takes an interest in the streets and buildings that define the identity of the built environment. But I also wanted to make a film about the human condition.

I wanted to show how Roche’s work, which changed the paradigm of architecture and went beyond any stereotype, was just as unique as his noble perspective on life. Firmly believing that the duty of the modern architect is to "create a community for a modern society", Roche is unique among his peers in prioritising the end-user of the building over any petty aesthetic or visual considerations.

Architecture comes alive in Roche’s buildings and we’ve strived to photograph his buildings in a cinematic style that brings the spectacular nature of their size and beauty to the big screen, and allows the audience immerse themselves in architecture they might never get a chance to visit.

Making a documentary is almost like solving a puzzle without seeing the final photo beforehand. We approached the film’s structure less like a documentary and more like a narrative with a central protagonist surrounded by an ensemble of characters and buildings, and with story threads that slowly build so that when taken together, a portrait emerges and comes into focus. The finished film is similar to one of Roche’s buildings—a series of separate experiences that together add up to something larger than its parts.

With so much uncertainty and hatred in the world today, I can’t imagine a better subject than Roche at illuminating not only his own soul, but the soul of civilization as well. 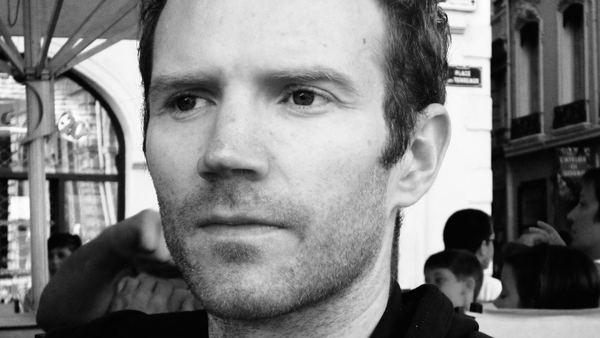