Tired of the TV series binge-watch? Let me take you back to a time when we were happy to indulge in a stand-alone ninety plus minutes of engagement, where no inclination to press a button that leads to ‘next episode’ existed, and where each character had reached their arc in the whole time your arse was sat on the couch.

Yes, I’m talking about a movie. And Netflix has lots of great ones!

Here are five proper screen classics to get you through the weekend, or maybe even the next few weeks, or possibly just through that sick-day that you’re not feeling guilty about whatsoever.

Considered by many to be one of the most culturally significant movies of all time, Boyz n the Hood follows the lives of three young friends growing up in LA in the early 1990s. The movie explores the central themes for any coming of age story (especially during this period) - AIDS awareness, safe sex, school, exams - but positions its protagonists in the gangland, underprivileged, African American environment of South Central Los Angeles, where drug abuse, gun violence and economic destitution are paramount.

The moral compass of the film, and with that, its central message of personal responsibility and personal choice, is represented through the outstanding performance of Laurence Fishburne and his character Furious.

As Furious endeavours to raise his son Tre to be the outlier of this environment, he also provides the exposition for the social and political reasons as to why the black communities find themselves in this situation; where economic, social and educational opportunities are at a minimum, but drugs and guns are never in short supply. Furious’ speech on gentrification has particular resonance, likewise the trope of self-hatred that is explored through the African American LAPD officer who persecutes the black community.

With the passing of time, it’s easy to associate Boyz n the Hood with some of the other, far less impressive movies of the early 90s that glamorized gang-culture and its association with rap, etc. Writer-director John Singleton's debut feature is much more than that.

Also: look out for a number of intertextual elements that relate to Stand By Me. Bit of a strange one that!

C’mon, you know you love this movie. It’s been on the telly about a million times since it was on the big screen, but when was the last time you actually sat through the whole thing?

Arguably the most quoted movie of all time ("Looks like I picked the wrong week to give up amphetamines...") the performances are outstanding, particularly Lloyd Bridges in his role as Air Traffic Controller Steve McCroskey, the gags are hilarious and has there ever been a better character name than Ted Striker?

Airplane! sends up the popular disaster movies of the '70s, while also parodying numerous TV shows and films that went before it - importantly, you don't need to get all the references to find the film very, very funny indeed. The disaster movie genre was known to feature ailing movie stars and with that, resurrect their careers. Airplane! parodies this phenomenon by doing the exact same thing, which of course resulted in an upturn in fortunes of the careers of Leslie Nielsen and Lloyd Bridges. Mad stuff!

Thanks to the greats such as Mel Brooks and Monty Python, a movie like Airplane! could be made, before political correctness became a problem and when every group, sub-culture, race, gender and nationality was in the firing line. A time when it was clear that the attitude represented the character, not the message. If it is funny, put it in the script. Hilarious stuff!

Dr. Strangelove or: How I Learned to Stop Worrying and Love the Bomb (1964)

"Gentlemen, you can’t fight in here, this is the War Room." (President Merkin Muffley)

Admittedly, I could watch Peter Sellers paint my bathroom wall and still be satisfied, but that doesn’t undermine the tour-de-force that is his trio of roles in this Stanley Kubrick satire.

A political black comedy that explores the consequences when a paranoid, and unhinged madman - who just happens to have the authority to launch nuclear missiles at innocent bystanders - decides to do just that, Dr. Strangelove… is not set somewhere around East Asia in present day - it actually takes place in the early 1960s, where the same level of nuclear paranoia and fear was present. only the protagonists were different... for now!

Like all great satire, the devil is in the detail, and the plot is desperately hilarious due to the realistic connotations derived from the madness on screen. As biting criticism of power, the military and the potentially apocalyptic consequences of having the wrong people in charge, and the nuclear arms race in general, it remains more relevant than ever. If Dr. Strangelove… is somewhat scary now, I can only imagine the impact that it had upon release in 1964.

Sellers and Kubrick at their best, it gets under your skin a little, makes you a little weary of the world, and is uproariously funny.

Frank Serpico is an outlier, the moral centrepiece in a banquet of immorality. A lone wolf in the New York Police Department, Serpico is the only cop that is not on the take, or shirking their civil responsibility or roughing perps up (whether guilty or innocent)...or so Serpico would lead the viewer to believe!

In fairness, the movie is based on the book exploring Serpico’s time as a NYC cop, and the real Serpico has gone on to win countless accolades for his expose of corruption in the New York Police department, and some would say is solely responsible for its transformation.

In short, Frank Serpico is a whistleblower.

But that’s just the half of it. As is director Sidney Lumet’s custom, the movie is shot entirely in New York, and it captures the gritty and decrepit landscape of the boroughs during this period, whilst exposing how (sometimes) the human condition is the most decrepit cesspit of all.

Like Lumet’s central characters in 12 Angry Men, Dog Day Afternoon and Network (see below), the film explores the tropes of civil and personal responsibility, asking how far a person would go to remain true to their ethics. As Serpico becomes a loner, a hated figure in his own environment, the movie becomes a psychological study of the individual, where reality and paranoia intertwine as the man - played by Al Pacino, never better - becomes a target for his own colleagues.

The film is not without its flaws, with arguably a tendency towards stereotyping, but the message is much bigger than the movie.

Another in that great lineage of New Hollywood movies of the 1970s. And, on that subject...

"Now there is a whole generation that never knew anything that didn’t come out of this tube." (Howard Beale)

In the wake of ailing viewership, a major TV broadcaster decides to replace its long-time news anchor in a bold attempt to restructure its news department - and increase its popularity.

No, this is not an obs-doc of RTÉ which focuses on Dobbo’s move to morning Radio! It’s actually Sidney Lumet’s (yes him again) satirical look at the television industry in the mid '70s.

We all know that American cinema was at its most potent during this period - led by directors such as Martin Scorsese, Francis Ford Coppolla and Robert Altman (amongst others) - but for me it’s always been Sidney Lumet, who made the aforementioned Serpico, and who also directed Dog Day Afternoon and 12 Angry Men.

With three outstanding performances from William Holden, Faye Dunaway and the great Australian actor Peter Finch - iconic in his role as news-anchor turned mad prophet Howard Beale - what’s most astounding about Network is that with a retrospective gaze, the satire has almost completely disappeared from this film.

What may have seemed like an outrageous representation of television’s grossly unsympathetic and unscrupulous pursuit of ratings - where numbers mean so much that the obviously deteriorating mental health of Howard Beale is overlooked, as his crazy ramblings ("I’m mad as hell and I’m not gonna take it anymore!") drive audiences through the roof - today it’s difficult to comprehend that this is actually satire. Only the last couple of scenes give the game away.

A disheartening and horrifying portrayal of what was still a relatively new medium at the time, Network provokes its audience with a dystopian glimpse of the future of the media, all fake news and info-tainment. Screenwriter Paddy Chayefsky’s bleak vision has proven to be remarkably prescient.

An absolute must-see - and one of my favourite movies of all time. 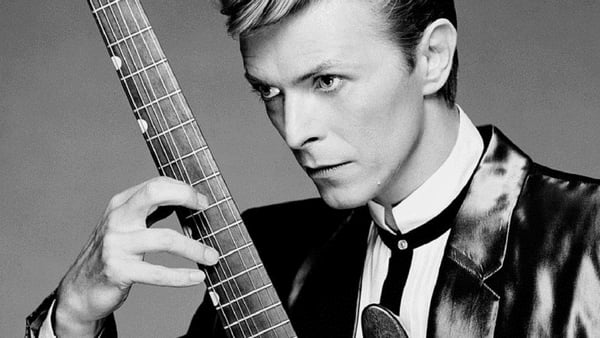 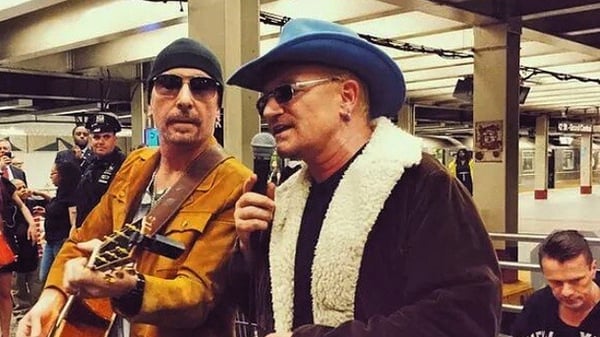 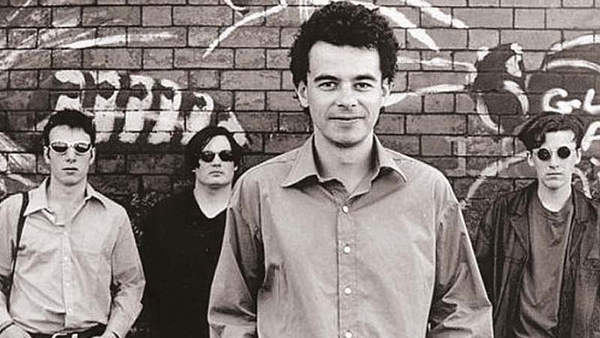 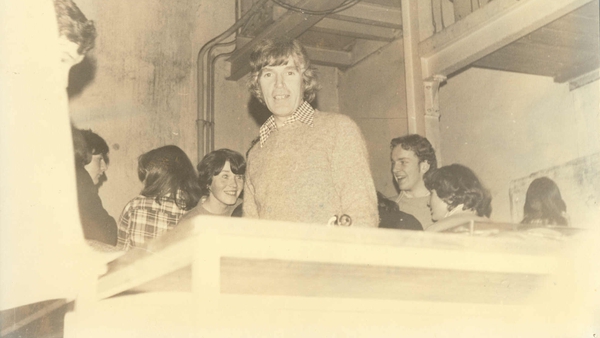 Cecil Nolan - the man who made The Grove groove 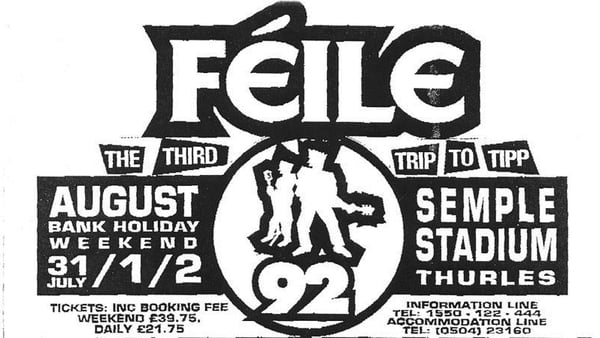 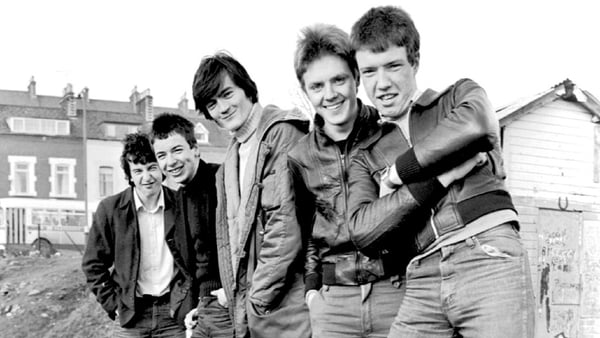