We're delighted to present an exclusive extract from the opening section of the title novella from Levitation, the new collection of stories by Sean O'Reilly, published by Stinging Fly Press.

If there was one thing Valentine Rice couldn’t tolerate any more, it was Tintin’s story about cutting the hair of some ordinary looking gent who turned out to be a killer, a serial killer perhaps. Valentine had been listening to it now for nearly twenty years above the noise of electric razors and cheap hairdryers and the traffic on Capel Street, which, as everybody knows, had got worse and worse. How one sweltering day, the story went, into the shop stepped a plain, tallish, lightly freckled gent, a broad chest under a loose white shirt with the sleeves rolled up, fortyish, no accent, humourless, and the only odd detail about him was how fussy he grew about his hair. It was a good story, it had to be said. People couldn’t get enough of the picture of Gemmel in the middle chair under the apron, studying his reflection in the mirror, before he went off to kill another woman.

Valentine Rice had cut the hair of famous, dissolute actors and musicians, that poet who dug up his dead daughter, all grades of Provo, a reincarnated Hungarian king, two false imprisoners, a Formula 1 winner, umpteen amateur paedos, a man who claimed he was being followed by an ostrich—but he simply couldn’t compete with an old-fashioned, homegrown rapist and strangler.

How could you have not known? Valentine, unable to contain himself, shouted over his shoulder into the shop. He was standing in the doorway, smoking, and watching the people go by along the street. Tintin was telling his unbeatable story to a young lad in the chair, a student already gone grey who had never even heard of the killer Gemmel.

What am I, a mind reader? Agatha bleedin’ Christie? Tintin said, hamming it up for the young lad. I’m a barber, your average toe-rag. And may it long continue that way. Sure, the guards didn’t have a suspect yet.

I would have known, Valentine said and Tintin said, blowing a chewing-gum bubble, But sure you’re a superior being to the rest of the us.

Giving the finger to somebody across the street, and after putting out his cigarette in the New York Chelsea Hotel ashtray on the glass coffee table, Valentine said, I would have sensed it. His eyes. His mouth. His aura. And anyway, it should have been me who was working that day. Not the likes of you. Then, to the fascinated student, he added, I was the one meant to be on that day but I let him replace me because he was saving up to get married and needed the extra cash.

At least there’s somebody would have me and my aura, Tintin said and the youth sniggered and Valentine sighed, and pleaded of the ceiling fan, Will this higgledy-piggledy torture ever end?

The shop went darker and the window and every little thing began to shake because of a lorry stalled in the traffic. Tintin scraped the back of the student’s neck with an ivory-handled cutthroat. Valentine, facing into the long mirror, wetting his sideburns, decided he had more to say: I was a much happier person back then. The world at my feet. I actually used to like people. They didn’t take themselves so seriously. I had friends and interesting, fateful lovers. But I’ll tell you one thing, if it was my story, I’d tell it a damned lot better than he does. No sense of the moment. No panache.

With that, he lit another cigarette and sat down on the far end of the sofa from me. A drag or two later, he said, You’re the damned writer. Or you were anyway. Doesn’t he make a nun’s fist of that story, doesn’t he?

They always come back to the scene of the crime, the student said and would have registered the abrupt pressure from Tintin’s hand tilting his head forward and the sweet puff of talc on his neck.

I was never meant to be a barber, Valentine said to me, continuing in his reflective mood. I may actually be living somebody else’s life. Sometimes I think I must have rubbed shoulders with somebody out there on the street, any street, and they took my life and I got landed with theirs. I’m watching the TV and I’m thinking is that me there, is that the real me? I wasn’t meant to spend my days listening to denim-clad, gum-chewing hypocrites. I should be above all this. I should be quoted. I should be respected. I should be held up as an example. I should be flying down the San Fernando Valley with the sunroof open and a personalised number plate.

Valentine Rice was forty-nine years old. The hair still intact, the same length all over, fairish but grey down the burns, fat cheeks and plump moist red lips. A silver cross in one ear and a green pearl stud in the other. A blacked-out name on the inside of his right bicep. Never jeans, always ironed black trousers with a slim belt. Boots with a heel. And he was proudly single, and without dependants. In fact, only recently, he had moved back in with his mother to save up for a car. It would be his first car. On the edge of his half-century, Valentine Rice had decided to do something about the embarrassing fact that he couldn’t drive.

Levitation by Sean O’Reilly (published by Stinging Fly Press) is out now. 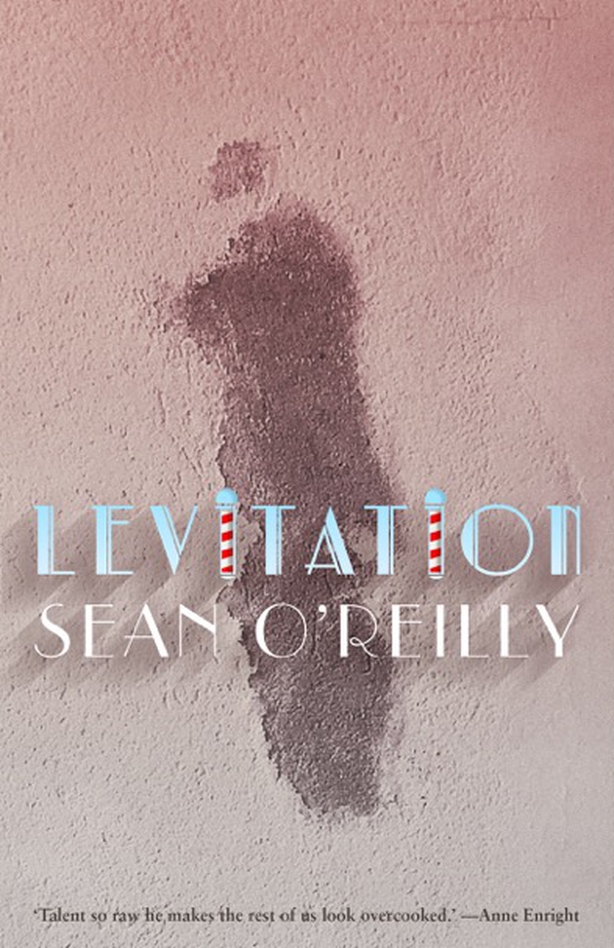 About The Author: Sean O'Reilly was born in Derry in 1969. His other books are Curfew and Other Stories (2000), Love and Sleep (2002), The Swing of Things (2004) and Watermark (2005). Sean teaches at the American College Dublin and leads The Stinging Fly’s programme of fiction workshops. 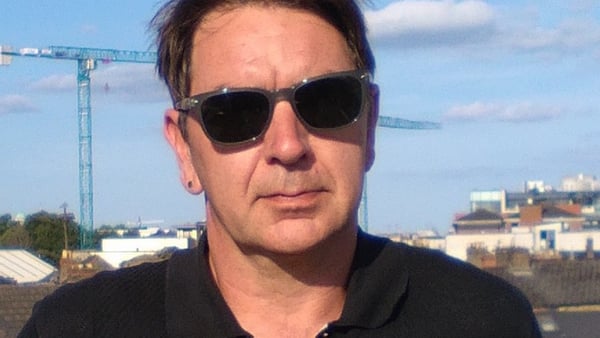