In November of last year, on the eve of the US election, I was at the Beacon Theater in New York for Imperial Bedroom & Other Chambers – two special performances by Elvis Costello, centered on an album many fans consider his finest masterpiece. You can argue about the finest amongst yourselves, but a Costello fan myself, I’d have done the front crawl across the Atlantic to hear these songs performed live. 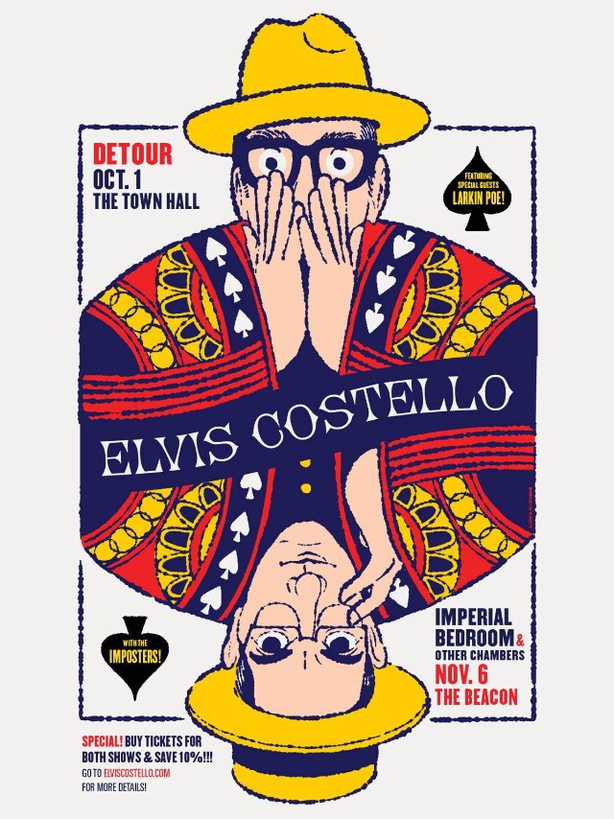 Not that this was ever going to be a straight-up nostalgia experience. Elvis promised that he’d perform all the songs from the album but, quoting Eric Morecambe, "not necessarily in the right order." And this was to be a very smart move, leading to all sorts of unpredictable sonic adventures – some played close to the originals and others, if he felt they weren’t all they might have been on the record, re-arranged and re-presented. Either way, the songs had to make honest sense to an artist 34 years after the event.

As for the set-list as whole, the songs from Imperial Bedroom were to be used as jumping-off points for others numbers from elsewhere in the catalogue – including many of the hits that would demand a hearing at any Costello concert. The result was a generous, open-hearted 33 song marathon show, and a master-class in the fine arts of songwriting and performance. 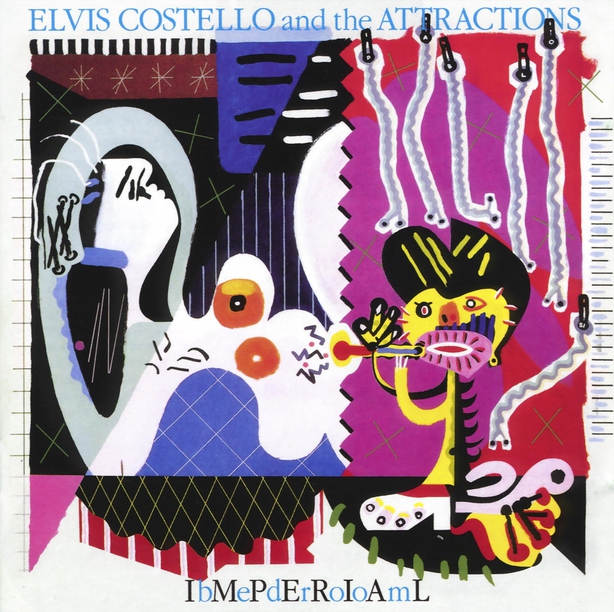 With a cover by Barney Bubbles entitled Snakecharmer & Reclining Octopus, Imperial Bedroom was released in 1982. It was different. Produced by Beatles engineer Geoff Emerick, it was recorded over a twelve-week period (Get Happy was recorded in a fortnight) and the songs varied greatly in style, feel and lyrical point of view. No wonder, although Elvis would deny any conscious intent at the time, there would be favourable comparisons with Sgt. Pepper’s and Pet Sounds.

If you don’t know this album, or perhaps aren’t totally familiar with the varied chops of EC, check out Man Out of Time. It’s the song the very core of the album  – a perfect example of what words and music are capable of.  In the right hands, that is.

Love is always scarpering or cowering or fawning

Love is always scarpering or cowering or fawning

Imperial Bedroom is on Universal. The John Kelly Ensemble is on lyric fm, Monday-Friday @2pm.