Set on the Cavan-Fermanagh border in the late 1950s, Married Quarters tells the stories of a group of individual gardaí stationed in a fictional town – Butler’s Hill – as seen through the eyes of Danny, the son of the local sergeant.

The book is the latest novel from acclaimed writer Shane Connaughton, the Oscar-nominated co-author of the film My Left Foot, and himself the son of a garda sergeant, who grew up in a garda barracks. So, Seán Rocks wondered, when he spoke to Connaughton on Arena, could we substitute the name Shane for the name Danny?

"You can’t be too close to yourself. I can’t use my own name… but it’s very definitely based on my own life."

In the book Danny is a teenager, and like all teenagers, he tries to get to grips with life and most importantly, he’s trying to get a girlfriend. He sees all the gardaí around him, especially the younger ones, being quite wild and they seem to have no trouble getting girls, and Danny wonders what’s wrong with him.

"These men that came to the station, my father was supposed to discipline them… Even though they were in a uniform, they were never constrained by it."

Aside from being successful with girls, the gardaí in Connaughton’s stories have to deal with an IRA campaign along the border. Many of the older guards had joined the force after the Civil War, seeing themselves as bringing shape to an unformed country, and viewing the border as an unending source of conflict.

Connaughton told Seán about growing up in a tiny barracks "with weeping walls made of sand got from the seaside". His father was married with eight children. There were only three bedrooms in the barracks, his father slept in one on his own because he didn’t want to be disturbed during the night, another bedroom was for all the children and his mother took the third one. Connaughton slept with his mother until he was about 14.

"We never heard of Freud, but it was an interesting situation. The only Freud we heard of was Freud bread."

The Civil War informed most of the politics of the town Connaughton grew up in. Indeed, the author’s father was a Collins supporter, while his mother was firmly in the De Valera camp. "But they got on with it," he says. The political situation was tense: "we were along the border, for God’s sake."

"My father used to have secret meetings at night with the RUC sergeant from Newtownbutler."

The politically tense and sexually repressed Ireland of the late 1950s and early 1960s, as experienced in his own life has proved fruitful for Connaughton, and a third book featuring Danny is almost finished.

Married Quarters by Shane Connaughton is published by Doubleday Ireland. You can listen to Arena in full here. 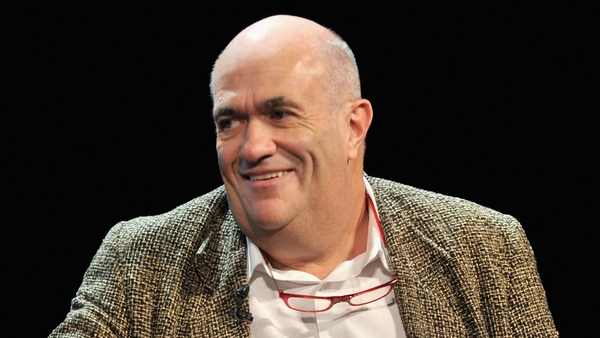