This week's RTÉ Radio 1 Album of the Week is Far Beyond The Stars by The Henry Girls.

What we say: Are The Henry Girls one of the most unappreciated musical acts in Ireland? We think so. Over the past few years, Donegal siblings Lorna, Karen and Joleen McLaughlin have released a brace of stunning albums (track down December Moon and Louder Than Words pronto) while becoming one of the finest live acts in the country, and a welcome fixture on the global folk circuit - now Far Beyond The Stars might be their finest hour to date. Bringing it all back home to their native Inishowen with a more stripped-down sound, Far Beyond The Stars is driven (as ever) by their stunning vocal harmonies, which shine brighter than ever; standout track Ocean of War is dedicated to the millions of refugees caught up in the conflict in Syria and its neighbouring countries. They're touring Ireland through April and May, before undertaking a rather unique residency at this year's Earagail Arts Festival.

What they say: "When refugees set off on their journey to safety, they really have no idea what is ahead, and it must be so daunting and terrifying. It's shocking that you sometimes hear disdainful attitudes towards refugees, it seems people don't stop to consider what it would be like if it was them. It's important we come together as a society and help these most vulnerable people in any way we can.” (on Ocean Of War)

'Think Altan meets Dixie Chicks and you’ve got the Henry Girls. The style of these sister singers is easy and fluid.  Karen, Joleen and Lorna easily cross the borders of acoustic folk, traditional Irish, Americana, jazz, and harmony vocal styles. There’s even a hint of pop rhythm in some of their earlier work. The most recent, Far Beyond the Stars, however, reflects a desire on the part of the sisters to scale back, to return to the roots of Donegal, folk, and the acoustic joys of a country ballad.  It may not be done in as bold a manner as some of their previous work, but this album still does an immense amount of creative heavy lifting.  The Henry Girls clearly have no interest in making the same album twice.' (The Irish Echo)

Listen to Far Beyond The Stars in full below: 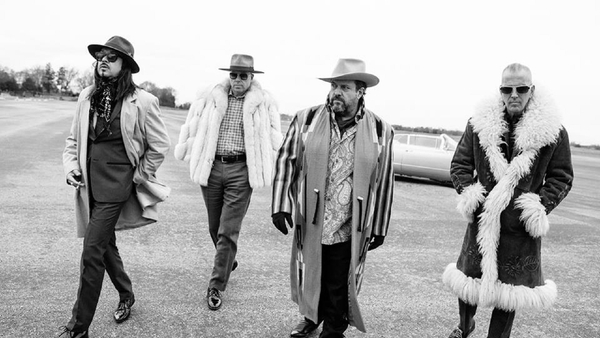 RTÉ Radio 1 Album of the Week: Brand New Day by The Mavericks Culture