We're delighted to present an extract from Echoland by Joe Joyce, published by New Island Press, Dublin's One City One Book choice for 2017.

June, 1940: France is teetering on the brink of collapse. British troops are desperately fleeing Dunkirk. Germany is winning the war. Its next target is Britain . . . and Ireland. In neutral Dublin, opinions are divided. Some want Germany to win, others favour Britain, most want to stay out of the war altogether.

In this atmosphere of edgy uncertainty, young lieutenant Paul Duggan is drafted into G2, the army’s intelligence division, and put on the German desk. He’s given a suspected German spy to investigate, one who doesn’t appear to do much, other than write ambiguous letters to a German intelligence post box in Copenhagen. Before Duggan can probe further, however, he is diverted by a request from his politician uncle to try and find his daughter, who’s gone missing, possibly kidnapped.

Enlisting the help of witty Special Branch detective Peter Gifford, the two lines of inquiry take Duggan into the double-dealing worlds of spies and politics, and lead him back to a shocking secret that will challenge everything he has grown up believing.

The workmen digging the air-raid shelter in Merrion Square were still there but must have been on a break as he chained his bicycle to the railings. There was no sound of shovelling soil, only of men’s voices in a confusion of conversations. He crossed the road to the building where Gifford had his perch and waved to the receptionist as he went by the open door of her office. He stopped and went back.

‘Ah,’ he said to her, ‘d’you think I could get a cup of tea too? If someone is bringing it upstairs?’ She turned and looked at the clock on the wall behind her.  ‘Certainly,’ she said. ‘Just in time. Would you like a biscuit, too?’

‘If that’s not too much trouble.’

‘Less trouble than trying to steal one of Petey’s,’ she smiled.

He thanked her and went on up to Gifford’s room.

‘Ah,’ Gifford was sitting in the window, reading the Evening Herald. ‘Herr Oberst.’

‘Sinéad’s a dote. She can call me anything she likes.’ He pointed a finger at Duggan. ‘Don’t you be trying anything there.’

‘I was just asking for a cup of tea.’

‘Fucking culchies,’ Gifford stood up and stretched himself. ‘Walk into your house and next thing you know they’re drinking your tea, eating your biscuits. Sleeping in your bed.’

Duggan took off his jacket and looked for somewhere to put it. There was nowhere, so he hung it on the knob of the door.

‘There you are,’ Gifford said, as if that proved his point. ‘Would you like to take my chair?’

‘No, thanks.’ Duggan went to the window and looked out. There was no sign of life in the Harbusches’ flat. The sun was still shining but the blue of the sky was now spotted with small white clouds that looked as high as they were wide. The weather’s going to break, he thought, the small clouds an advance party ahead of the main force. He couldn’t shake the thought of an invasion. The image of the sky full of parachutists and screaming Stukas and lumbering Heinkels. Which town would they make an example of? Like they had of Rotterdam. It was a different kind of warfare, no matter what Timmy said, fast and fierce, brutal and inhuman, soft bodies against hard machines. Not like the last war, not like Timmy’s and his father’s guerrilla days. Denmark had lasted six hours, Holland five days. How long will we last?

‘No news?’ he asked Gifford.

‘Not a word,’ Gifford gestured to the newspaper, ‘about Herr Brandy.’

‘Were you out there?’

‘No, I’m here. On the punishment detail.’

‘What are they punishing you for?’

‘If I knew that I could get them to stop. Instead, they’re torturing me day after day. Forcing me to sit here and drive myself mad thinking of what Hansi’s doing in there.’

There was a knock on the door and Sinéad came in, balancing a tray on one hand as she opened the door.

‘The saviour of my sanity,’ Gifford said as he went to help her.

She blushed slightly as he took the tray from her. There were two cups of tea on it, a sugar bowl, and a plate with four plain biscuits. ‘I didn’t know if you took sugar’ she said to Duggan.

‘And you made her carry all that extra weight up those flights of stairs,’ Gifford said to him. ‘You couldn’t have told her that downstairs?’ He turned to her. ‘Typical of the bloody army. Trample all over us poor civilians.’

‘Don’t fight over the biscuits,’ she said. ‘Two each.’ She waved her fingers above her shoulder as she went out.

‘Nice girl,’ Duggan said, taking a cup of tea and stirring two spoons of sugar into it. ‘And a culchie too.’

‘Different rules for culchie women,’ Gifford took the other cup and bit on a biscuit. ‘They can come into my house and sleep in my bed anytime.’ Gifford took a noisy slurp of tea. ‘The money came from Switzerland,’ he said. ‘Five hundred pounds.’

‘Five hundred?’ Duggan gave a low whistle – that was a good year’s salary. Gifford had followed Harbusch into the Royal Bank on Grafton Street the previous day while Duggan was with Eliza in the jewellers. He had got into a queue behind Harbusch and heard him ask the teller if a deposit had arrived for his account. The teller went away and came back and said it had. He wrote the amount on a slip of paper and handed it to Harbusch. Hans looked pleased, thanked him and clicked his heels.

‘No wonder Eliza was blowing it,’ Gifford said. ‘Hansi was obviously expecting it.’

‘How’d you find out?

‘One of our Kerrymen talked to the manager this morning. The kind that like their meat raw with blood dripping from it. The manager hummed and hawed about the sanctity of bank secrecy and customer confidentiality. Our man ground his molars and the manager caved in. Hansi’s been getting regular irregular lumps of money from this Swiss bank since he got here.’

‘I don’t know the total but the five hundred is the biggest single one yet,’ Gifford said. ‘Somebody must be pleased with Hansi.’ He looked out the window and drained the cup. ‘And to think of the pleasure he gets from his work.’

‘Some fellows have all the luck.’

‘That’s the main thing I’ve learned from this job,’ Gifford sighed. ‘Everybody we watch is having a better time than we’re having watching them.’

‘Which bank is it? In Switzerland?’

‘I don’t know that. But your lads will get the answer now that they know the right question to ask.’ Gifford gave him a conspiratorial look.

Duggan nodded. This was perfect. Pay more attention to the money, McClure had suggested. ‘Thanks,’ he said.

Gifford looked surprised. ‘Couldn’t have you sent back to the bogs. Now that you’ve seen the city lights.’ 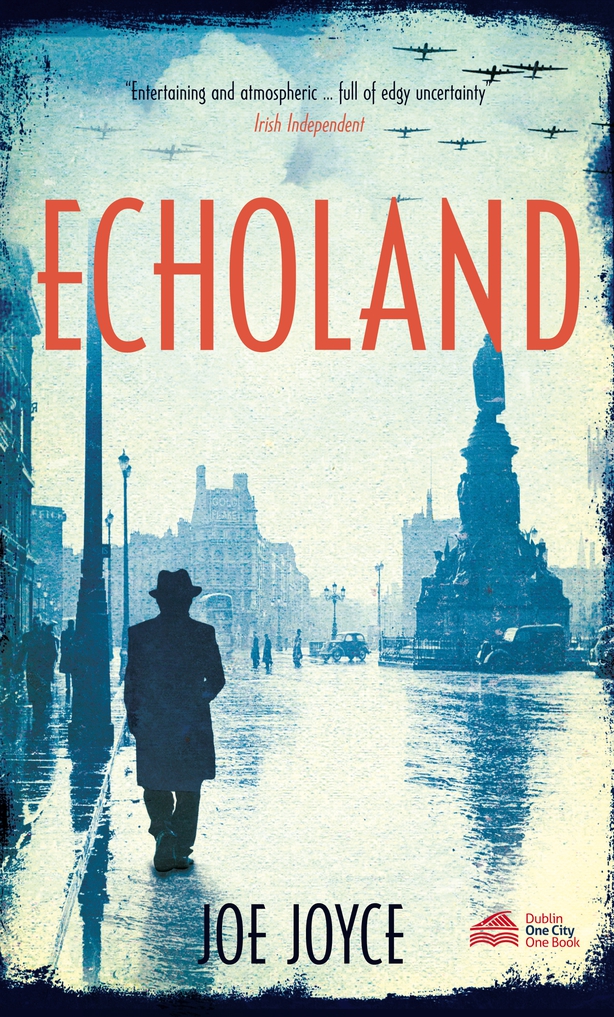 About The Author: Joe Joyce is a writer, playwright and journalist whose previous works include The Guinnesses: The Untold Story of Ireland's Most Successful Family, and a play about James Joyce and Oliver St John Gogarty, The Tower. He is the author of two thrillers - Off the Record and The Trigger Man - and co-author with Peter Murtagh of The Boss, a seminal book on Irish politics. He has worked for a number of national and international newspapers as a staff reporter and freelance journalist, primarily The Irish Times and The Guardian.