The Irish box-office smash The Young Offenders is now on DVD release - and we've got five copies to give away to Culture readers!

Writer-director Peter Foott's comedy, which has grossed over €1.2m to date at the Irish box office and is still running in Cork's Omniplex Mahon Point, has received critical acclaim in both Ireland and UK and currently boasts a astounding 100% rating on Rotten Tomatoes. Earlier this month, it was nominated for seven Irish Film and Television Academy awards.

Inspired by Ireland’s biggest cocaine seizure of €440 million off the coast of Cork in 2007, The Young Offenders follows two Cork inner-city teenagers, Conor and Jock, as they embark on a 160km road trip on stolen bikes in the hopes of finding an unrecovered bale of cocaine. The debut feature from Peter Foott introduces new acting talents Chris Walley and Alex Murphy in the lead roles with comedians Hilary Rose and PJ Gallagher offering capable support.

Since its premiere at the Galway Film Fleadh last summer, where it was awarded Best Irish Feature, Young Offenders has gone on to charm Irish and international audiences alike. It picked up an Honourable Mention for Best Comedy at Fantastic Fest in Austin, Texas, before bagging three awards at the LA Comedy Festival, the largest comedy festival in the US. The film will roll out across the globe in the coming months.

The Young Offenders DVD is now in all good DVD stores, as well as online on Amazon and the Wildcard Distribution website - as well as the DVD release - it's also available to view across online platforms in Ireland including Netflix, iTunes, Google Play, Amazon, and Eir.

To be in with a chance to win a copy, follow RTÉ Culture on Twitter or Facebook and tell us this: In which county of Ireland is The Young Offenders located? Send us your answer along with the hashtag #RTEYoungOffenders before 6pm this Friday evening. Now get cracking - and the very best of luck! 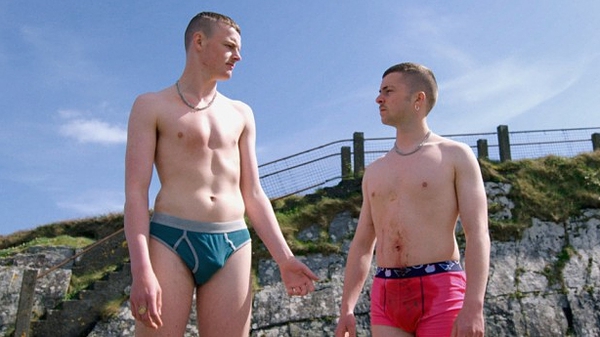 The Best Irish Films Of 2016 Culture