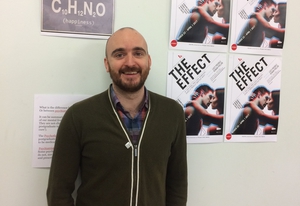 If you love someone, does it matter why? Theatre director Ronan Phelan writes for Culture about his production of Lucy Prebble's play The Effect, which comes to Dublin's Project Arts Centre next week.

I was twenty eight when I fell in love for the first time. Up until that point, I thought that the representations of love that I had seen or read about in plays and books and movies – from Shakespeare to Byron to Sleepless in Seattle - were somehow hyperbolic.

I thought there was this collective poetic licence being taken; I lazily went along with the cynical suspicion that love was the product of a mass conspiracy on the part of Hallmark to sell chocolates and cards. And then, six years ago, I realised otherwise. I fell completely in love. And it was physiological. I felt it in my body, this visceral response every time my partner walked into the room. I could feel the hair on back of my neck stand up, my capillaries dilating: I experienced a rush of joy. It was chemical. And I remembering wondering why no one had told me before: love is real, and it feels really good.

In her remarkable 2012 play, The Effect, which I am directing for Rough Magic Theatre Company, Lucy Prebble captures precisely this sense of elation, the chemical euphoria of romance – but she interrogates it too. The Effect is a play about two people on a drug trial who begin to fall in love, but are unsure if their feelings are the result of genuine attraction or if they’re being chemically stimulated. It’s a play about the science of attraction; it has been referred to as a ‘neuro-biological romance’. Ultimately though, it queries these feelings we call love, a word we use to describe the effects of a set of chemical reactions and synaptic charges in the brain. And presents us with a terrifying alternative- maybe ‘love’ isn’t as real as it feels.

I remembering wondering why no one had told me before: love is real, and it feels really good.

At one point in the play, one of the characters compares the adrenaline high you get from bungee jumping with the sensation of falling in love. And there is this dopamine rush in the play, like a surge of endorphins, as the two lovers are coming together; there is this momentum at the heart of the action, this unstoppable force of attraction that ultimately the lovers - and their doctors - are unable to control. It’s almost like an irrational animal force, coming up against the strictures of scientific knowledge; the result is explosive. 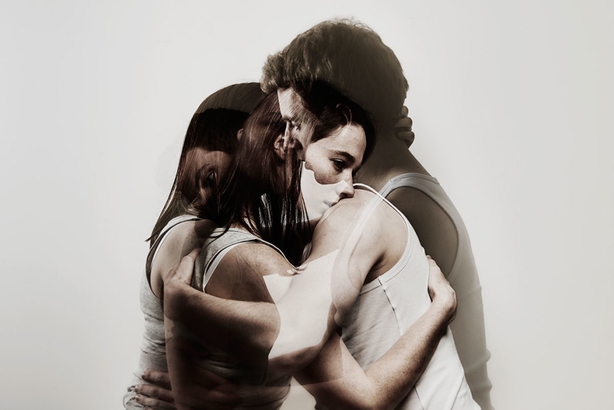 I remember reading about the play when it had its UK run at the National Theatre in 2012. Even the premise alone was so rich and full of possibilities. I didn't get over to London to see it at the time, but the play stayed in my mind - I had this curiosity about it. Earlier this year, when I was appointed Associate Director of Rough Magic Theatre Company, the question was put to me what plays I’d be interested in directing, and The Effect immediately sprung to mind.

One of the things that most impresses me about the play is how it manages to do so many things at once: it’s a romance, but also a play of ideas, and also this tense thriller, full of suspense. I was drawn to the filmic quality of the play, how muscular it is, how funny and sharp. Lucy Prebble takes on these huge themes fearlessly, approaching them with wit and vitality. The result is fluid, cinematic, written with tight, lean language, and a really beautifully developed love story at the heart of it. It’s a smart play, full of ideas without being laboured, wearing its knowledge lightly.

The act of loving is always an act of faith.

It also feels appropriate to be producing the play with Rough Magic, given the company's longstanding commitment to staging the best of international contemporary drama for an Irish audience. A number of major playwrights have emerged over the last few years and Rough Magic is exploring how best to bring that work to the Irish stage, while continuing to commission new Irish writing and present contemporary versions of classic plays.

Ultimately, I think that the debate between the two lovers is something everyone has to face at some point- ‘what does love mean to me?’ Once you get past the initial euphoria of romantic love, you have to ask where the feelings come from? What’s their source? Are they chemical effects or spiritual impulses? And who or what determines their value?

In the end, the fact is there are no answers - there is no evidence. That's what this play is really about, for me. That the act of loving is always an act of faith. 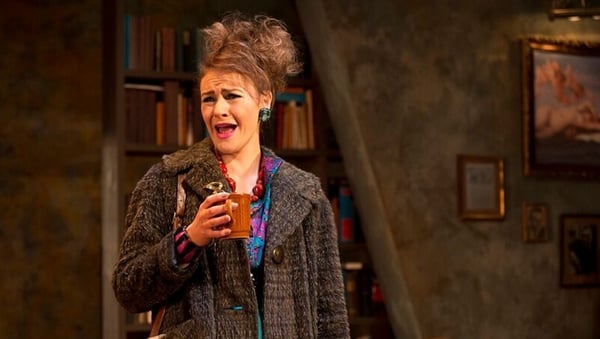 Re: Educating Rita - giving a classic play a Belfast makeover