The Deep Heart's Core - whose subtitle is Irish Poets Revisit A Touchstone Poem - is a work of unbounded riches, and the reader cannot help but be engaged by the wonderful play of poem against prose.

Poet Bernard O’Donoghue - who is himself represented in this novel anthology - early on in his foreword to the book hits the nail on the head. He refers to the business of some 100 poets here assembled, who are explaining the origins of exceptionally numinous poems from their careers in verse. Being the more important matter, the poems are, of course, reproduced to accompany each individual prose reflection.

“We find out how much biography the poet wants the reader to have, “ writes O’Donoghue. “In several of the essays here the poets return to the question of `confessionalism’: how much of the writer’s own life they want to be explicit for the reader.”

Your present reviewer once recalls interviewing Paul Durcan in Sandymount House many years ago, on a fine summer morning. All was balmy and amenable like the weather, until I asked some loose question about meaning in a particular poem. The pleasantly mischievous poet held up his hands, smiled sagely and said that the poems stood on their own, he didn’t do explanations.

The anthology first paddled its toes in Lee waters, as it was in the Cork Literary Review (also edited by this collection's editor, Eugene O’Connell) that the idea of a short essay to amplify somehow the metier of a poem first got wings. In his introduction, O’Connell recalls how he asked a selection of poets “to choose a poem of their own that seemed to encapsulate their own particular `voice’ or vision and to explore in prose why they regarded that poem as seminal to their overall work.’ 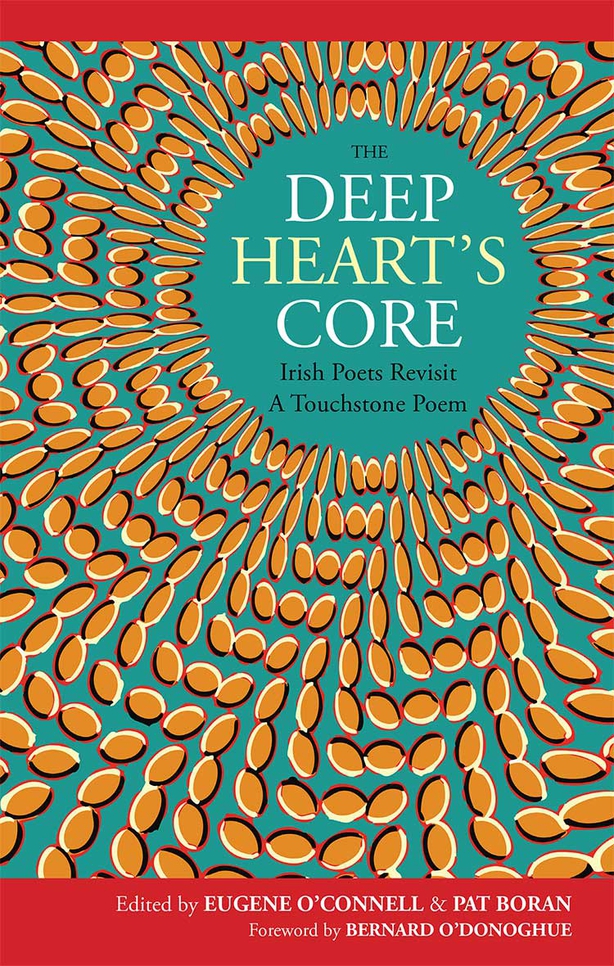 Fellow editor Pat Boran signals in his introduction the `overlooked attraction’ of the public poetry reading, being `the words not written down, the words not scrubbed to within an inch of their lives and put on display in their Sunday best for all to admire.’

It is rather `the gaps between the poems, ‘ Boran suggests, wherein the rare glint of revelation may sometimes occur. The editor and poet - Boran too is represented here, with a fine poem - also encapsulates perfectly what can happen in a poetry reading when the gods are with us. “It is, as if, reunited with their work far from the place and time of its composition (and now in the presence of a live audience) poets often find themselves seeing from a perspective other than their own.”

Indeed, declaring so as one of the poets represented here, some odd alchemy or transformative process does appear to take place as the poet reads in salubrious circumstances. It often pushes something new into being, something that may flicker in a quick look of recognition. As he or she reads their verses, the poet may look up briefly and catch the eyes of a listener, discerning the shape of a fresh, as yet unvoiced reaction to the line being read or the image being evoked.

The Deep Heart's Core - whose subtitle is Irish poets Revisit A Touchstone Poem - is a work of unbounded riches, and the reader cannot help but be engaged by the wonderful play of poem against prose. There is the sense of a poem bedded down in some other era, the poet as the survivor of the incident who walked away, to find rueful, or blissful, or conflicted memories in the poem's afterlife, as he,or she, exhumes again for the purposes of the anthology.

There is keen observation, bemused wisdom, reverence before beauty, the worlds of work and play, sex, death, all emotional states held in balance across the taut span of The Deep Heart's Core. Eiléan Ní Chuilleanáin's brilliant poem, The Copious Dark, appears to link, map-like, a series of disparate divigations and diversions. The short prose piece about the poem recalls a journey the poet once made in the state of Virginia when at a bus-stop at dusk, she saw a `lovely black girl’ being embraced by her lover who disembarked.

The prose piece contemplates the drudgery of certain kinds of work, a subject only subliminally glanced off in the poem itself:

The floodlit open yards where a van idled by a wall,

Ní Chuilleanáin recalls in the prose text how she might be driving under a motorway arch, and suddenly see waiting workers, “ the road sweeping grandly, carrying me off without resistance, and I spot them on a stony verge, a little bunch of men with small bags, waiting for a lorry to bring them to exploitative work.”

The Deep Heart's Core is an essential collection for lovers of contemporary Irish poetry.

The Deep Heart's Core (Dedalus Press) is out now.

Poem of the Week: Begin by Brendan Kennelly