We're delighted to present an extract from Words, one of the stories in Once We Sang Like Other Men (New Island), a new collection of short fiction from John MacKenna.

These wide-ranging stories follow the disparate disciples of the Captain – a mysterious, powerful and magnetic figure whose violent and chaotic death at the hands of the army radically alters their lives in myriad ways. From rural North American farms and dive bars to the suburbs of Ireland and the sands of Palestine, we witness their struggles to find a place, a peace, in a world that is fractured and incomplete.

And then the first of the new week’s customers arrives, a dour looking man with three days of beard and three nights of drinking behind him.

I pour the hot sticky liquid and then pour it again.

He drinks quickly, emptying the first cup and then the second.

‘That should steady the ship.’

‘F**king and drinking. Lost the weekend.’

The man reaches into his jeans pocket and pulls out a handful of cash and paper, hands me some money, and then searches through the wads of tattered paper, finally disengaging a sheet from the crumpled mess.

I unfold the sheet. It’s an invoice.

‘You ordered the stone for the bones?’ he says.

‘The headstone. You ordered it?’

‘Put it up on Friday. I was supposed to drop that off here on Friday evening but I got waylaid, well laid anyway. I can hardly walk. I’m shanghai’d. Dehydrated.’

I pour him a glass of water.

‘You don’t have to pay till you check it out but I couldn’t go into work and tell the boss I hadn’t delivered it.’

‘I was shagging this woman on Friday night. She asked what I did for a living. I give the dead erections, I said. She kind of froze for a minute till I explained. Then I think she found it kinky. Didn’t get away from her till this morning, so it must have done something for her.’

He empties the tumbler of water and I refill it.

‘The stone looks well?’ I ask.

‘Pour me another two caffeines,’ the man says. ‘Then I’ll hit the road.’

I pour the two coffees and put them on the counter.

‘And he’d shout at us if we went near his allotment. We didn’t have to go into it – anywhere within a mile of it and he’d start shouting,’ the man adds, putting the money on the counter.

‘Lots of people do that. Probably afraid you’d damage his vegetables and stuff.’

The man drinks the first of the two coffees but slowly this time, seeming for once to savour it.

‘I don’t think I could live without alcohol, women and coffee,’ he says. ‘But if I had to drop one, I’d drop women. I love fucking them but they always want you to stay around afterwards. Or they want to stay around. And they expect you to say stuff, to talk all kinds of crap about feelings and affection when you just want to sleep or watch TV or go for a drink.’

I nod again, not because I agree but because really I have nothing to say to him on the subject.

‘I suppose that’s the way it is,’ he says, as though that explains everything. He sips his coffee and something changes in his eyes. I can’t be sure if it’s a light going on or a light going out. ‘Have you ever been in love with someone?’

‘It’s different when you’re in love; different from just shagging.’

I shrug. I’m not going to be drawn into this.

‘I mean it’s not that I want a woman hanging around me, not at all, not one that means nothing to me. But once or twice I fell in love. It’s different then. You don’t want to get pissed or to get them pissed. You want to do things, go to places, walk

down a street on a Saturday afternoon and not give a shit about who’s doing well in the league or who scored or any of that stuff. Do you know what I mean?’

I raise an eyebrow, hoping he’ll take it as assent.

‘It’s like finding something new in something you thought was burnt out. It never lasts but it’s good while it’s there. For that couple of days or weeks you start to believe that your life might be different, that this might be the one thing that’ll

change it, pull it out of the rut it’s been in for months or years, make you believe for a while that it doesn’t have to be the way you thought it always would be. You start believing that just maybe you were wrong about life before, that there is a secret

at the heart of it and you were just missing it every time.’

He pauses and drinks very slowly from the second cup on the counter.

‘And then it just goes out, like a candle, and all you’re left with is the smell of smoke and burning rubber.’

He is silent then.

I wash and dry the empty coffee cups and saucers and stack them under the counter. Then I check the beans in the coffee machine.

‘Do you ever feel the dead around you when you’re working?’ I ask.

Now it’s his turn to shrug, then he shakes his head.

‘Nah. I don’t think I’d do the job if I did. It’d be like carrying a hungry horse across a marsh. Not something you’d want to do in your right mind. Can’t say I ever got any inkling of anything. Not once.’

‘If you don’t mind me asking, why did you pay to put a stone over Blue’s grave?’ He was staring straight at me, as though he expected me to lie and the only place he’d find the truth was in my face.

‘He called here most nights.’

‘I’m sure a lot of people do but you hardly go hearsechasing when they empty their lungs.’

‘To get something to eat. He’d come to the kitchen door. Sit on the back step. He’d never come in – even on rainy nights. Sometimes he wouldn’t even stay – just take the food and be gone.’

‘Doesn’t explain it. Was he your father?’

‘No. My father is safely buried a thousand miles away. Nothing so romantic.’

‘Reminded you of your father then?’

‘How long’d you known him?’

‘Where’d you get those words from, the ones on the stone?’

‘Well fuck me, imagine that!’

He drinks some more of his coffee but he doesn’t seem to want to leave. I know my answers haven’t satisfied him.

‘Just that most people wouldn’t do that without a reason. Even for some old timer they knew. Got his face blown off by a shotgun I heard.’

‘No,’ I correct him quickly. ‘He didn’t. Rats did whatever damage was done to his face. He wasn’t found for almost a week. The police thought at first that he’d been shot, but it turned out he died of natural causes.’

I saw him shiver. 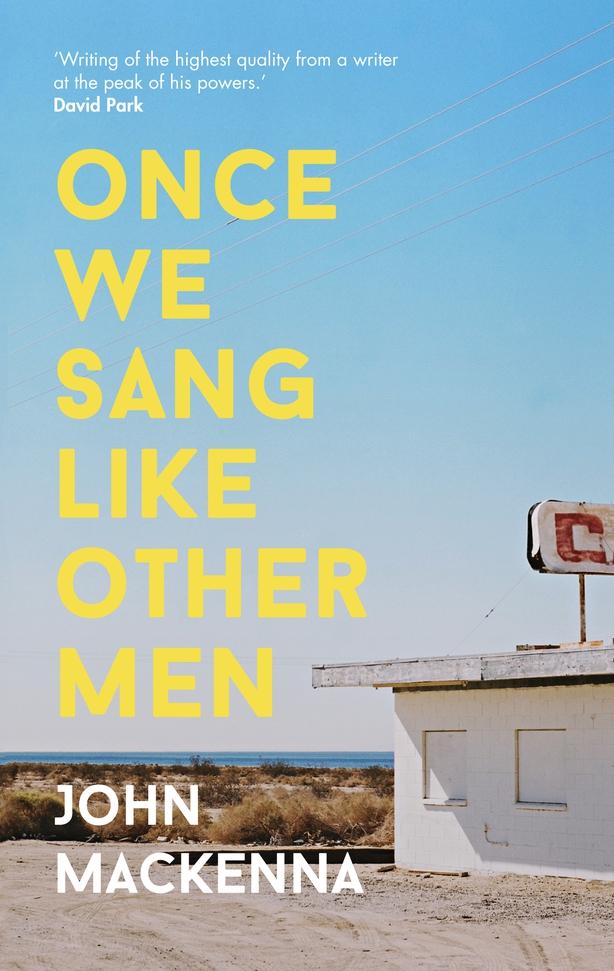 John MacKenna was born in 1952 in Castledermot in Co Kildare. His short story collections include The Fallen and Other Stories (1992), which won The Irish Times First Fiction Award, and The River Field (2007). His novels include Joseph (2014), Clare (2014) and The Space Between Us (2009). He has won a number of awards for his writing, including a Hennessy Literary Award in 1983, the 1986 Leitrim Guardian Award and C. Day-Lewis Awards in 1989 and 1990. Also a well-known documentary maker, he lives in Carlow. 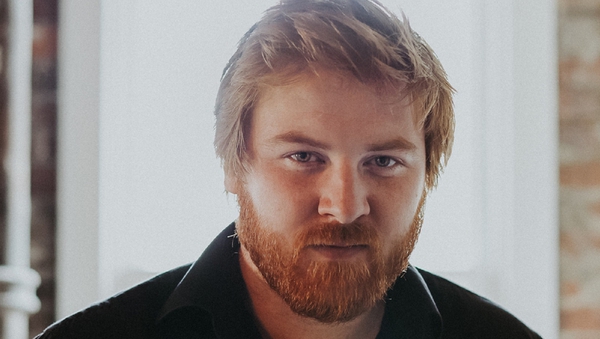