Over the years the late writer and broadcaster Frank Delaney made many contributions to RTÉ Radio having worked in continuity, as a reporter and a newsreader on the station.

He was on the record as saying he made 29 applications to be an RTÉ Radio announcer, and took numerous training courses!

Having moved to the BBC in the early 1970s, later Frank Delaney himself became the subject of a number of RTÉ programmes. This came as a result of with his considerable achievements as a writer of novels, screenplays and non-fiction works; and as a documentary maker, and more recently a podcaster of note, via series  Re:Joyce.

Two programmes from the RTÉ Radio archives capture the character and personality of Frank Delaney, his ease with being interviewed and his concern with giving due thought and consideration to his answers to those who interviewed him:

On Personally Speaking with Frieda McGough, produced by Maxwell Sweeney and originally broadcast in 1982, here is how Frank Delaney sees himself:

‘I’m not a critic as such, though criticism is part of my work. I am not a judge of other peoples’ writing, even though that too is part of my work [he was a judge on many literary award panels, including the Booker Prize]. I see myself primarily as a commentator and a conveyor of enthusiasms for what I happen to think is the senior service of the arts – literature. I see myself as somebody who from the time I was a small boy enjoyed reading - quite simply found huge deficiencies in the way the enjoyment of reading was being conveyed to a public who is very interested… I tried to do something about it, and fortunately my ideas fell on fertile ground and hit willing ears, and I find myself now carrying out the role for which I had written a precise brief for myself - that of an enthusiastic interested, concerned, lively commentator about what was written, what is being written and what is about to be written in the English language.’

On broadcasting, Delaney acknowledges how much he learned from the renowned Father Pat Ahern (founder of Siamsa Tíre and pivotal player in many aspects of Irish culture) and from his training as a broadcaster with RTÉ. He is aware of the tradition of Irish people contributing to British broadcasting, mentioning Maurice Gorham, Terry Wogan, Denis Johnston, Gay Byrne and Éamon Andrews.

Later, Gloria Hunniford interviewed Frank Delaney in 1999 for her RTÉ Radio series The VIP Suite, produced by Aonghus McAnally. Here, he talks about his memories of a childhood spent in Thomastown, near Golden, Co Tipperary, where his parents were teachers in the locality.  He has near-total recall of those early days, and at the time of broadcast was working on a memoir of the first twenty years of his life.

This programme also includes selections of music he enjoyed, as well as a frank consideration of turning points in his life, both related to occasions in 1975 and 1995 when he was seriously ill. They made him reassess life and prioritise what is important to him. The challenges he sets out for himself are to learn the piano, paint and to speak another language. Above all, Delaney values stability and stillness in his life, something after so many years he finds in visiting his home place in Ireland - either in his mind, or literally.

Combined, these radio broadcasts provide a fitting memorial to one of the great Irish broadcasters. 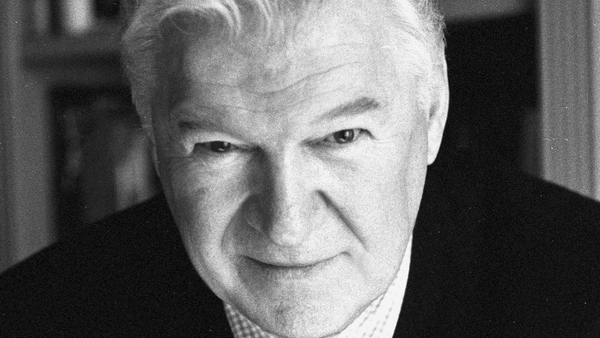