The tickets for the Audi Dublin International Film Festival are already on sale, and going fast - and we've got a pair of tickets to one of the festival's hottest titles to give away.

Director Jim Sheridan's new film The Secret Scripture receives its Irish Premiere via the ADIFF Gala Screening on Saturday 18th February, with Sheridan and a bona fide screen legend in attendance - the venerable Vanessa Redgrave, who stars in the film and will be in Dublin to receive ADIFF's Lifetime Achievement Volta Award.

From the ADIFF programme: Based on Sebastian Barry’s acclaimed novel, Jim Sheridan’s first Irish-set film since The Boxer (1997) explores the life and history of Roseanne McNulty (Vanessa Redgrave), a woman confined to the Roscommon Mental Hospital for 50 years. As the institution is about to close, Dr. Grene (Eric Bana) is sent to see whether she’s fit to be released. He’s intrigued by Roseanne’s eccentricities and her fierce attachment to her Bible, in which she’s been keeping a diary since she was first admitted. As he delves into her past, Dr. Grene gets to know the younger Roseanne (played by Rooney Mara) and eventually learns the terrible truth about her confinement. Shot in the starkly beautiful west of Ireland, The Secret Scripture uncovers a dark chapter in Ireland’s history.

Tickets to the screening are already flying out the door, but we've managed to bag a pair for one lucky RTÉ Culture reader. To be in with a chance to win a double ticket, simply follow RTÉ Culture on Twitter or Facebook and tell us this: Who wrote the novel The Secret Scripture?

Send us your answer along with the hashtag #RTEsecretscripture before 6pm on Friday evening. Now get cracking - and the very best of luck! 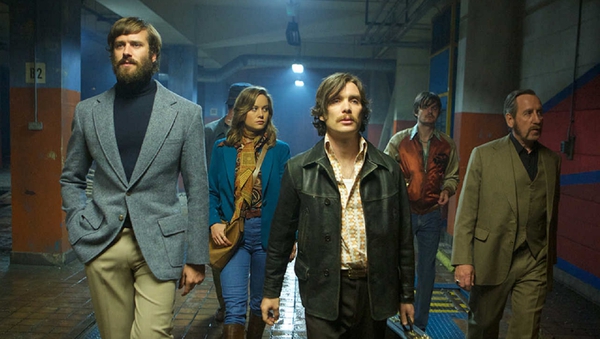