Netflix can also be a source of turmoil as well as relaxation. Trawling to find something new and interesting to devour, only to look up and realise 40 minutes have passed by and no decision has been reached.

This is especially true of their documentary section, which is vast. We’ve whittled it down to nine choice docs to watch during your laziest winter days, including an Irish offering with a supernatural twist.

Hostage To The Devil

Directed by Marty Stalker, this Irish documentary is an eerily fascinating look into the world of exorcisms. Mixing found footage and reconstructions with compelling talking-head interviews, it focuses on Irish priest Malachi Martin, a man who has dedicated his entire life to battling the evil of the devil. Martin is a fascinating and enigmatic protagonist - one who will have viewers questioning his motivations.

Instead of watching the disaster of a biopic, why not settle in and hear the life story of soul legend and civil rights activist Nina Simone from the woman herself, and those closest to her? With archive footage and interviews, this film creates a fascinating portrait of an artist who was constantly battling her demons, and examines the price paid for her success.

The 13th amendment in the US constitution bans the incarceration of people as slaves - with one exception, criminals. Coupled with the systemic racism in the country, it's a frightening state of affairs. Directed by Selma’s Ava DuVernay, this is a lucid, timely and compelling account of America’s massive incarceration system and the corporations capitalising on crime.

An inside look at the demolition of one couple’s American Dream, this is one of the best docs of the last decade. Jackie Siegel is the much-younger wife of Florida property magnate David Siegel, and their family is accustomed to opulence and luxury (and then some). Then the recession hits, and their half-built mega-mansion sits in decay, while their family life spins out of control. Think Grey Gardens in Juicy Couture.

A fine companion piece to the aforementioned 13, this acclaimed documentary by Liz Garbus chronicles the lives of two young girls, Shanae and Megan, who are incarcerated in the Waxter Juvenile Facility in Baltimore, Maryland. Both girls have been exposed to inordinate amounts of trauma in their brief lifetimes, from drug addiction to murder, and this film examines their friendships, their family relationships and the utter failure of the US justice system. 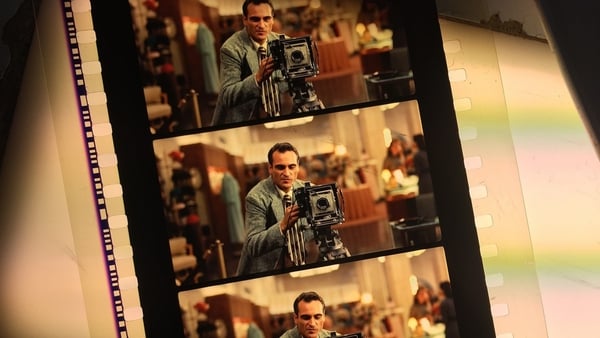 The BIG Picture - going batty for cinema's 70mm past Film