Via TradConnect: In 2003 and 2005 Donegal fiddle legend Tommy Peoples made two appearances at Fiddler’s Hearth in South Bend, Indiana. The venue was established by the Meehan Family to provide a venue for local and regional Celtic musicians. One of those concerts was recorded and is now on release as a stunning live album entitled Tommy Peoples: Recorded at Fiddler’s Hearth.

Tommy’s performance had a profound effect on all those that attended, and a recording of concert recently came to light thanks to local musician David James, originally from Atlanta, Georgia but now living in South Bend. David explained he was the sound engineer for the night and recorded the concert - the CD sound is exactly as the audience heard it on the night, with no effects added.

The first reel is called Pat McHugh’s and was written by Tommy in honour of Pat, a Belfast man who came to live in Clare. Tommy describes him as “a strapping young man with a glorious voice who loved to busk and play his guitar. He died too soon, in the bathroom of the house where he lived and near where I lived in Toonagh. He died of hypothermia. The people of Ennis put up a plaque to his memory by sculptor Mike McTigue in Parnell Street car park in Ennis. Testament to Pat and to the people of Ennis.”

David James’s love for the fiddle music of Tommy Peoples was born decades before this concert. On one of his many nights of music in South Bend, he was introduced to Tommy’s fiddle playing by Michael Clancy from County Clare.

“Michael Clancy of Kilmihil, Co. Clare, introduced me to the music of Tommy in the '70s, and he instantly became one of my favorite fiddlers," says James. "I wore out A Traditional Experience, Matt Molloy, Paul Brady & Tommy Peoples, High Part of the Road, and that glorious first Bothy Band record. Put on the earphones and played 'em and played 'em.”

“I finally got to see him live at Milwaukee Irish Fest, left the concert crying for the joy and beauty of it, and passed him a card. He called when he was going to be in my area and I arranged a workshop and performance, made sure he got a good fee, a full house, a big circle of players at the workshop, and made sure all his CDs were bought.”

“I did the sound at the Fiddler’s Hearth performance, and told those assembled that they were to consider themselves to be "in church" and to behave accordingly (or else!). I think I even said I didn't want to hear a pin drop, no Irish coffee gurgles from the bar, no clinking glasses.” 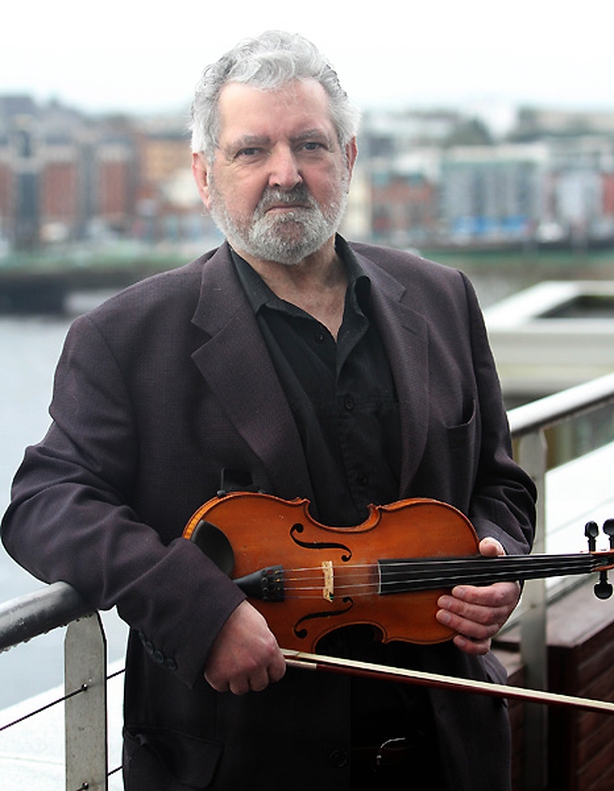 David had Tommy's permission to record the concert, and he then gave a copy to his son who passed it along to John Daly, another fiddle player that knew Tommy. 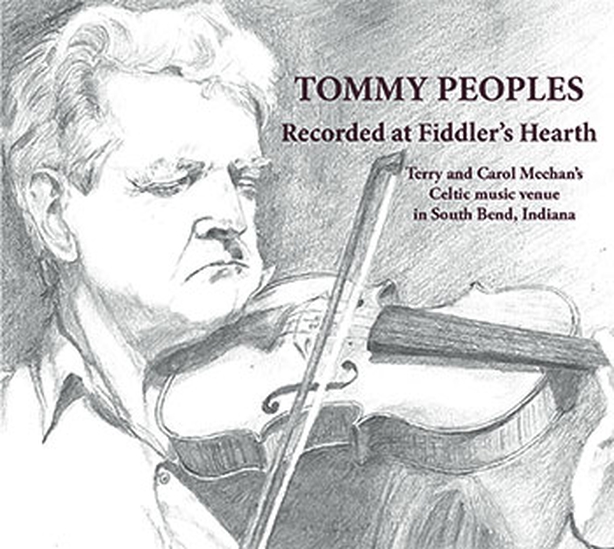 “I did ask John to put the verbal introductions Tommy did on the recording into the commercial product, but alas, there were some mildly libellous comments which shall remain unpublished, but were damned funny, as anyone who sees him perform will attest: the drollest of the droll, the driest of the dry. Tommy is immortal. I hope I did my part to keep him so.”

The album is now available and can be purchased via Tommy’s website - www.tommypeoples.ie

For more of the latest trad music, news and tunes, visit www.tradconnect.com