This week sees the publication of Looking At The Stars, a splendid new anthology of Irish writing in aid of Dublin Simon Community. Edited by Kerrie O'Brien, the formidable list of contributors include Anne Enright, Kevin Barry, and Paul Muldoon. Only 1000 copies of the anthology have been printed - they cost €15 each, with the full €15 going directly to Dublin Simon Community. Copies are available directly from Books Upstairs.

From Looking At The Stars, we present new writing from award-winning novelist Belinda McKeon, author of Solace (2011) and Tender (2015).

I wake in the third corner this morning. I’ve numbered the corners because it makes it more interesting for the three of us, by which I really mean Niamh and Danny, because they are the ones who have to be distracted, so that Mam and I can stay sane. Sane, Mam says, and she clamps her mouth shut as though telling herself not to say it again, to have no more of that notion, but she says it a lot. For her nightdress, she has a t-shirt that reads 'The Reminder', and it’s like sane, being sane, is the thing she has to remind herself of. She’s had that t-shirt for a long time, she’s told me, from before I was born, but when I ask her what it’s really meant to remind her of, she says it’s just an old thing for wearing to bed.

She’s awake too, staring at the ceiling. I look up at it, to see if there’s a fly or a spider, but it’s just the ceiling, with the lampshade stained like someone spilled tea on it ages ago. Water must have dripped down from the room above, I realise, and it got on the lampshade and probably got onto the middle of the bed that is now Mam’s bed, and it went brown and it mostly faded away, but you can still see the trace of it, because nobody was bothered to do anything about it.

Mam has the bed, and what we have are camp beds. They look a bit like trampolines; long, rectangular trampolines, but you can’t bounce on them. I’ve tried. I’m too old to want to play at stuff like that, I know, but sometimes I just want to. It was worse because Niamh and Danny were watching, and then of course they wanted to do it too, and then they were roaring and screaming while they were doing it, and someone told, and management called up to give Mam a warning. So that was a mistake, and I shouldn’t have done it in front of the other two, but I was just, I don’t know.

We get four warnings. We can be warned four times, or about four things, I’m not sure which.

The room above us is one of the rooms for the real people. The people, I mean, who pay to be here, who want to be here, who look this place up on the internet and use their credit cards to book their rooms. They book it because it’s one of the cheaper hotels, Mam says, it’s not like they’re coming here because they want to be here. But I overheard one of them paying their bill last week. I thought at the time that the manager was making a mistake, and that the person would say what? or hang on or burst out laughing and the manager would stop, and look again at the computer screen, and then laugh too, and say sorry, and give them the real number, but everything carried on as though this was normal.

I haven’t told Mam about that number. It would annoy her. I’ve told my friend Sadhbh, who’s in one of the rooms on the other end of our floor, and she didn’t believe me at first, but she went down to the lobby herself the next morning, and she came back with an even bigger number, and with Sadhbh there’s always the possibility that she’s making it up, but I don’t think so. Sadhbh was the one who first convinced me to go down to the lobby, and to the fitness room, and to the business centre, and to the room where the cleaners keep the little bottles of shampoo and shower gel. She took some for her room, enough to keep them going for a couple of weeks, but Mam would ask questions – we’re meant to supply our own soap and that - and get stressed, so I didn’t take any.

“Fool,” Sadhbh said, as she stuffed her pockets, but she’s not as mean as that makes her sound. She’s funny, the way she says things. Reptiles, she calls management, which suits them exactly, because they’re always darting their eyes around and looking like they’re about to yank insects in on their tongues, and the suits they wear have this sort of slimy sheen to them, and when they see a real person, their heads bob up like they’ve grown a second neck. And she calls the real people “goats”, because of the way they stagger around, not knowing anything, walking into each other half the time as they come out of the lifts or go around the breakfast room. Sadhbh and her mother have been here for eight months now, twice as long as us. “Rent,” she said, when I asked her how they got here, which was the same as it was for us. “Soon,” she said, when I asked her when she thought they’d have a house again, which is what I say, too. Lately I’ve found that it’s hard to get a full breath into my lungs after I say it. And it’s weird, because I never thought you needed to get all the air in there, to breathe. I thought you just took sips of air, or scoops of air, and that was the way you kept going. But you need it all, I think now. You just don’t notice until it stops working; until it seizes up and pushes back at you, like you’re on your bike in the wrong gear.

We could keep our bikes in our rooms, but we couldn’t take them out in the corridor or carry them on the stairs, so there’s no point in having them. They’re rusting in the backyard of the house we used to live in, or the landlord has thrown them out.

“Or probably sold them, the grabbing fucker,” Mam says.

“Morning,” I whisper across to Mam now, and she jumps. She tries to hide it instantly, to pretend that the little jump is just the start of her body turning towards me, but I saw it. It makes me feel far from her, even though she’s reaching her hand out to me now, and smiling; she whispers “Morning” back to me, and we hold hands for a moment, as though she’s on a train, leaning out the window so say goodbye to me, and I’m on the platform, trying not to let her see how much I’m going to miss her.

We walked a lot yesterday, which is why the kids are still out for the count. We walked because it was a nice day, really the first nice sunny day there’s been this summer, and Mam wanted us to be outside, enjoying it, she said, so we walked into the city centre and went to St. Stephen’s Green, and we were on the grass there for a while, and then Niamh and Danny got cranky, so we walked to another park Mam knew, where there was a playground, and they wore themselves out there, and then we walked around for another while, and then we brought a McDonald’s back here, and I can still smell it, so I want to open the windows, but it’s raining today.

“Can you go down, Lou?” Mam says, and I nod, and I sit up and put my runners on as quietly as I can. I wear leggings and a long-sleeved t-shirt to bed, which I can get away with in the corridor. We’re definitely not allowed to go around in actual pyjamas, though in the queue for the cooker downstairs, some of the women and kids do, tops with things like 'Sleep Tight' and 'Sweet Dreams' written on them, things that give themselves away completely. My t-shirt doesn’t say anything, and Mam has her Reminder, whatever it is, and I know it means something, but I know she won’t tell, and I creep past Niamh and Danny and I can’t believe they’re still sleeping, and if there’s no queue to put the porridge on I can pretend that there was anyway - say four people, or five, and that that’s what took me so long.

In the corridor I meet no one. The carpet is green with yellow dots that look like tiny breadcrumbs. Outside some of the doors are shoes. I pass the sound of a baby crying, of a television on, of another television, of another child, and when a door handle clunks downward, I move faster, and I don’t look back.

Sadhbh smells like fruit left out in a hot room when she comes to the door. It’s the shower gel, I realise. She used too much of it. I imagine little flies circling her arms and around her legs, waiting to find their perfect landing-spot. She ties her long red hair up in a ponytail, holding the door back from herself with one elbow. Behind her, I can see her little brother’s unmade bed, the cereal boxes to the side of the television, the heaped mess of an open suitcase on the floor.

“Ready?” I say, putting my own hair into a ponytail too.

“Ready,” she says, and she slips her key card into her jeans. 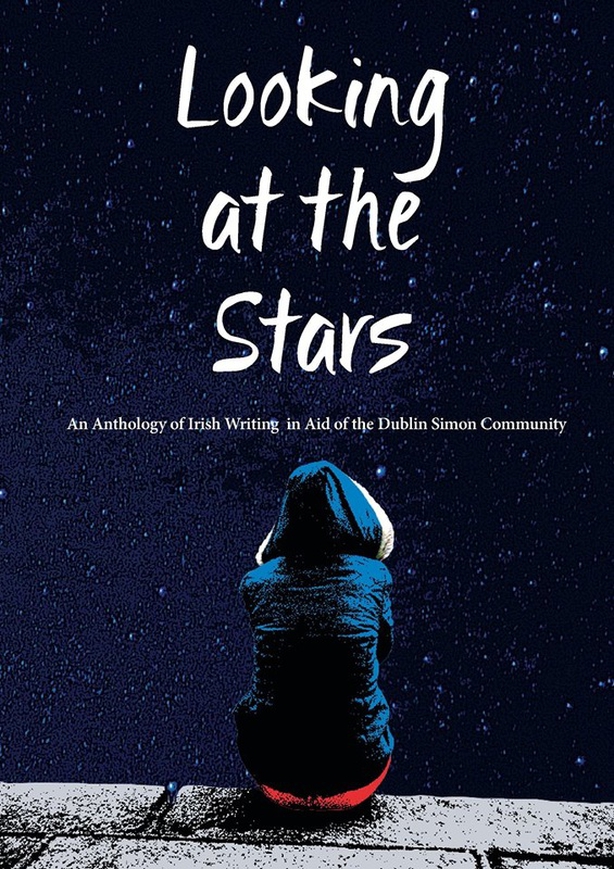 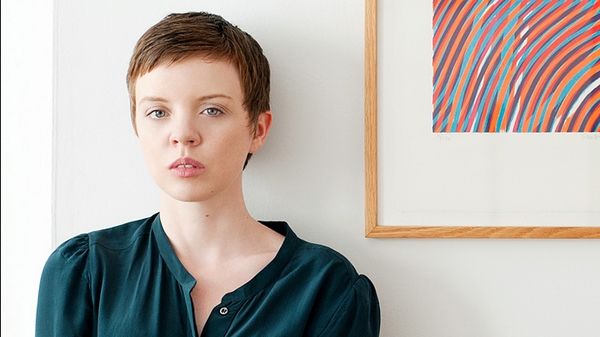