Last Setember, a gathering of some thirty or so Irish Animation professionals gathered in Toulouse representing eight new TV projects which were pitched to the great and the good of European and Global broadcast and investment community.

They were also there as part of an Animation Ireland delegation, because after 27 years of the Cartoon Forum event, the organizers decided to recognise a country of honour, and that country was Ireland.

We all know the Irish bring the party (and they didn’t disappoint), but the reasons for this choice go deeper. In just twenty years, a nascent Irish animation sector has risen from the ashes of Ireland’s first major studio, Don Bluth Films, which rather prosaically was located just beside the Phoenix Park. If the departing mogul had left a rule book for how to run an animation studio, his inheritors have scribbled all over it. Irish animation producers in the early post-Bluth days were and continue to be disruptors. A decade before Big Tech came to Dublin and inspired the generation that coalesced at Web Summit, our indie animation studios were the original startups. These days, companies like Cartoon Saloon, Brown Bag, Telegael, Monster Entertainment and Jam Media are winning awards and entertaining audiences globally.

The BAFTA and IFTA-winning Roy, produced by Jam Media

So where did this overnight success story originate? Irish animation has arguably been better known abroad than at home for the most part, primarily because the sector, being geographically small for a media territory, had always been export-focused in the first place. The studios that cut their teeth in the early naughties realised early on that they would have to set their sights on broadcast contracts from overseas. To compete domestically made no financial or strategic sense. In operating on a broader stage, Irish studios have retained a remarkable and enviable level of camaraderie down the years, which is one of the fringe benefits to Animation Ireland (AI), its representative body, which was also launched this month.

AI represents twenty of the thirty or so established studios operating in Ireland today. To give an idea of the growth in the sector, just ten years ago there were some 70 people in full-time employment in animation, that figure now exceeds 1,500. Ireland has become a centre of excellence for animation production. Most of the major media corporations have a footprint in Ireland through their association with Irish studios, entrusting multi-million euro projects to an industry that boasts Oscar nominations, BAFTAs and Emmys.

Not only has Irish animation sustained and strengthened its position during the recent recession, it has consolidated itself through its AI mandate, which seeks not only to enhance its international profile but also to increase funding to the sector, increase employment and influence relevant regulation at a governmental level. To this end, last year AI submitted a pre-budget submission document to the Department of Finance, recommending ways the sector and government can work together to create more growth and nurture talent with the sector.

Irish animation has most definitely arrived. Its combination of creative excellence, business savvy and outright showmanship continues to attract investment and win critical plaudits. Here’s to the next twenty years. 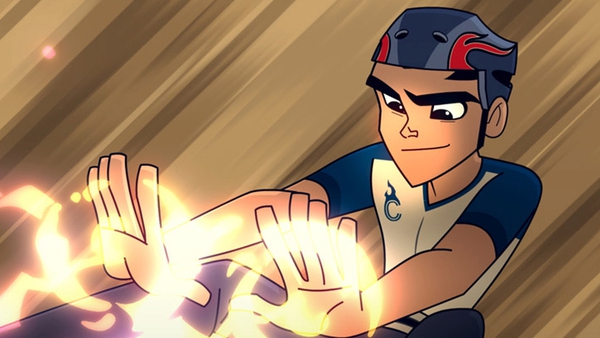