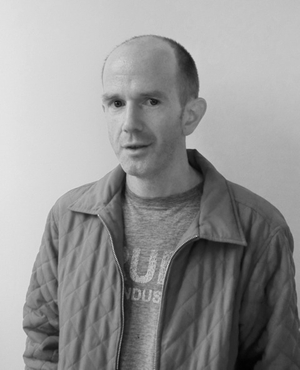 -And why we can't take it for granted, says Andy Linnane of the Screen Director's Guild of Ireland.

The Irish have always had a global reputation as fantastic storytellers. Irish film is having an unprecedented moment of artistic achievement and dazzling international success – a moment which, properly nurtured, could translate into a golden age for Irish film. A new sense of confidence, creativity and achievement surrounds Irish film at the present time. The 2016 Oscars were a watershed moment in the international recognition of the ascent of Irish cinema. Two Irish films – Lenny Abrahamson's Room and John Crowley's Brooklyn – received Best Picture nominations, Lenny Abrahamson and Saoirse Ronan were nominated for Best Director and Actress, and Paddy Breathnach's Viva came within a hair's breath of the final selection for Best Foreign Film.

Minister for Arts Heather Humphreys recognized both the significance of the moment, and the fact that it was part of growing surge for Irish Film: “The Irish Film Industry is on a roll at the moment, having enjoyed numerous award successes in recent months, thanks to the hard work, talent and dedication of those in the sector. These Oscar nominations further enhance our reputation in the film industry internationally.”

As stunning an achievement as the 88th Academy Award Ceremony was, it cannot be viewed in isolation. In prestigious film festivals around the world, what trade bible Variety has labelled 'Ireland's rebirth' is making its presence felt. At this year's Sundance Film Festival in January, seven Irish films screened – the most for any nation with the exception of the US. We had a similarly strong showing at Cannes, with seven Irish films and numerous Irish co-productions screening for perspective buyers, and again last month in Toronto. In television as well as on the big screen, there is a growing sense that Irish productions have reached an international level of dramatic quality and prestige.

Local audiences are embracing Irish film, too: Peter Foott's comedy The Young Offenders, praised by critics and audiences alike, achieved a 19% increase in its second weekend on release, and has surpassed €1M at the Irish box-office. There's already been talk of a sequel.

With RTE's Love/Hate having raised the bar for Irish crime drama, now TV3's Red Rock is developing into a runaway rating success, both at home and on BBC One. Red Rock became the first Irish soap to win a large audience abroad when the BBC bought its first season of 80 episodes, and the show debuted to draw in an audience of 1.1m. Red Rock has also been snapped up by Amazon Prime.

The current success of Irish film is a culmination of a variety of factors. The experience of the financial crash and subsequent recession has given Ireland a new sense of what is valuable and important, and given Irish artists a renewed drive to take creative risks and tell their stories in the immediate, visceral language of film. The hard-work and dedication of artists working within the industry, coupled with the support of the Irish Film Board, have all contributed to this current renaissance of Irish film.

We cannot take this success for granted.

Our great successes have come about despite the fact that we are still not devoting enough resources and funding to the cultivation of the Irish film industry. The Irish Film Board's funding is currently at €11.2m, a 40% drop from its pre-recession level of €20m in 2008. Instead of thinking how well we have done with limited resources, we must think about how much more Irish film can achieve. If we can seize this unprecedented moment of potential for Irish film, we can cultivate for the first time a globally influential national cinema comparable to that achieved by France and Italy in the 50s and 60s.

If we do not, our world-class artists will continue to fight against the tide, and perhaps seek opportunities for development elsewhere.The goal of the Screen Directors Guild of Ireland is to connect Irish directors with proven creative talent to Irish audiences who are hungry for drama that speaks to their specific experience and culture. We believe that promoting the work of Irish directors is of paramount importance both culturally and economically; our storytellers allow Irish audiences to engage with the dramatic expression of their ideas, experience and culture, and have proven themselves time and again as unique ambassadors for the Irish culture and landscape abroad.

We now stand at a unique moment where our stories and our film artists are poised to take the world-stage; it is ours to grasp if we give our artists the support they clearly deserve. 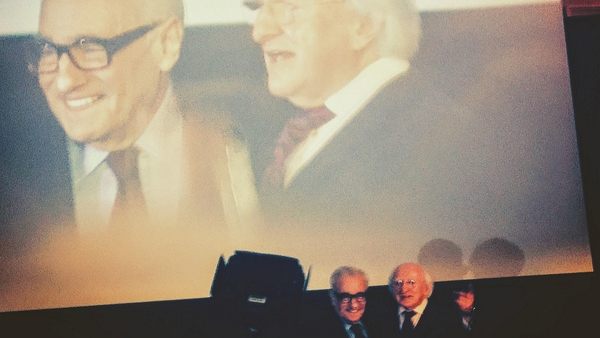 Scorsese in Dublin - my afternoon with Marty