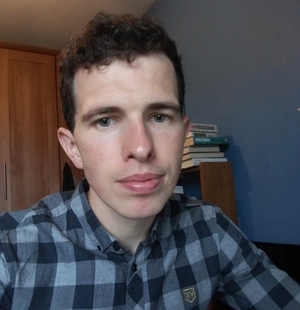 Analysis: anti-treaty fighters may have called a civil war ceasefire in May 1923, but thousands remained in prison for months afterwards

The anti-treaty IRA's decision to dump arms and call a ceasefire in May 1923 effectively brought an end to the bitter internecine Civil War that had ravaged the country for almost a year. Yet with the armed conflict over, the future remained as uncertain as ever, not least because some 12,000 anti-Treaty men and women remained imprisoned.

Despite having secured victory, the Free State government was wary about releasing a large number of rebellious individuals and opted instead to release gradually those deemed the least dangerous. For many prisoners, the rate of release was too slow, and they worried that they would not meet the criteria for release.

As frustration with continued captivity in these dismal camps and prisons grew, there were increasing calls for action of some kind. The prisoners in Mountjoy led the way by going on hunger strike on October 13th. The protest quickly spread elsewhere and soon, some 8,000 prisoners were on hunger strike to seek their unconditional release.

From RTÉ Radio 1's Today With Claire Byrne, Prof Diarmaid Ferriter on what to expect from the final year of centenary commemorations of the Irish revolutionary decade, 1913-23

As the War of Independence period had shown, the hunger strike was the most potent weapon that otherwise powerless prisoners could utilise. Terence MacSwiney's death on hunger strike in 1920 garnered global recognition for the Irish struggle, while many women had successfully used this tactic to secure their release during the Civil War. Many were still anxious about undertaking such a tortuous struggle and even the ferociously brave IRA fighter, Ernie O'Malley, admitted to being afraid of hunger striking.

But there was little alternative. The IRA leadership maintained that only those who were willing and able should join the strike. Nevertheless, a 'sort of moral conscription’ compelled otherwise reluctant men to join the strike. One prisoner recalled his hesitancy on health grounds, but was directed by the camp medical officer, James Ryan, to ‘Give a good example to the men.’

From RTÉ Brainstorm, how the Civil War split an Irish republican family in two

Support for the striker’s demands was not confined to anti-Treaty partisans. Numerous public bodies, many of which had not supported the anti-Treaty struggle, passed resolutions calling for the immediate release of the prisoners in the interests of peace. But the government was determined to assert its authority and was unwilling to yield to those who had not renounced violence as a means of overthrowing the State. Indeed, for president of the Executive Council William Cosgrave and his ministers, resignation was preferable to giving in to the hunger-strikers.

The government held firm and, within two weeks, the strike began to falter. As prisoners abandoned the protest a domino effect took hold and by November 2nd, the government reported that 2,300 prisoners had taken food. The physical and mental demands of a hunger strike were extreme. Peadar O’Donnell wrote in his diary: ‘the decision to go on hunger-strike was made when none of us knew we had a stomach; now I have nothing else than a belly with needs that are ready to jump right through my mind.’

Pressure was also put on the prisoners by priests, who claimed that their action was tantamount to suicide, and by doctors who refused to treat prisoners unless they came off the strike. Moreover, many prisoners simply had no desire to go on a protracted strike given the risk of long-term health complications. Significantly, the government also made it clear that, while it would continue to release prisoners, those on hunger strike would not be liable for release. Although it could soften its attitude when it came to the several dozen female strikers, as most were released even though they maintained that they had not given up on the strike.

From British Pathé, key events in Ireland in 1923

For those who remained on strike, the fall-off was naturally disheartening. For instance, James Ryan was at times noticeably disappointed and completely disillusioned with the whole movement. However, the strikers’ burden was somewhat eased by the attentive care of their non-striking comrades and there was even an evident softening in the attitudes of the prison authorities. The sacraments, which had hitherto been denied to many of the strikers, were also again offered and provided significant comfort.

James Ryan saw ‘something invigorating in the idea of a last desperate stand’, although it was a stand that few were willing to make. As the protest continued and death loomed, any early confidence of victory drained away. The first fatality occurred on November 20th with the death of Denis Barry and this was followed three days later by the death of Andy O'Sullivan. The latter’s death coincided with a decision by the leadership to order the remaining 170 protesters off strike.

The deaths of Barry and O’Sullivan may well have influenced this decision but the leadership publicly cited the intervention of Cardinal Michael Logue, Catholic archbishop of Armagh, who called for the quick release of the prisoners, pending the cessation of the strike. There was little logic in continuing a strike when the government released large numbers of those who had given up the strike. In November alone, 2,647 prisoners were released.

From British Pathé, footage of the funeral of Cardinal Michael Logue in 1924

Nevertheless, the strike had ended without any guarantee of release. For many prisoners, the ending of the hunger strike was yet another bitter blow. There was some consolation as the government, confident that they had asserted their authority, continued to release prisoners, with the vast majority released by summer 1924. They were conscious of the public desire for a return to normalcy and for many the release of the prisoners represented a line in the sand after years of political upheaval.

The prisoners' defeat provided a salutary lesson for any future hunger strikers. The strategy of putting so many individuals on strike in pursuance of such an absolutist demand was clearly misguided, especially when they were faced against a government that had already shown a fierce intransigence in defending the state’s authority. Some of these prisoners left captivity no less uncompromising than they were before and they continued to dream of overthrowing the hated Free State.

But for many others, the haphazard nature of the strike was indicative of a movement that lacked a coherent strategy for the way forward. For these, a more pragmatic political approach was required which culminated in the foundation of Fianna Fáil just over two years later. Many of these former strikers used the ballot box less than ten years later to defeat the very government that had imprisoned them. 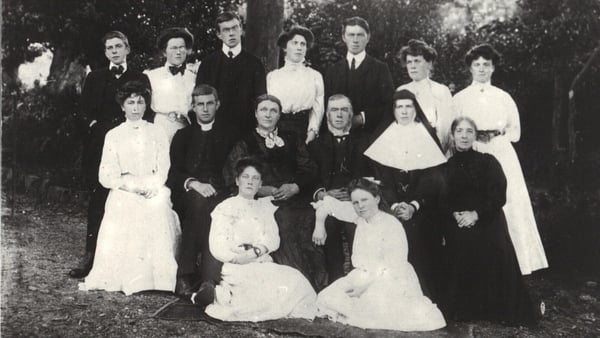 How the Civil War split an Irish republican family in two