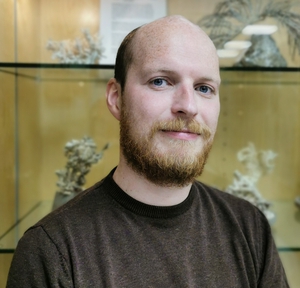 Analysis: most of us don't know that Ireland's most spectacular marine environments are located as little as 70 kilometres offshore

Ireland is known as the Emerald Isle due to its rolling green landscapes, but it has a marine territory that is 10 times that of its landmass. Many of us are familiar with the ecosystems that are found on beaches and along the coast, yet few of us know that some of Ireland's most spectacular inhabitants reside as little as 70 kilometres offshore.

Corals are normally associated with warm tropical waters, yet over 60% of all known species occur in deep water. Deep-sea corals are found in every ocean and, unlike their shallow-water counterparts, do not need sunlight and feed exclusively by plucking food particles straight out of the water. As corals can’t move, they need to live in areas where there is a steady input of food.

In the deep sea, one such suitable area is the continental slope, as it is located under productive surface waters where microscopic organisms called phytoplankton grow readily - and at times rapidly - forming phytoplankton blooms. These blooms feed other animals such as fish and even whales, and the excess dead phytoplankton, and the faecal matter of animals feeding on the plankton, sink through the ocean, often hundreds to thousands of metres, where a very small fraction reaches the corals on the seafloor.

When the volume of food is high, dense aggregations of corals form coral gardens, named because corals were originally compared to flowers always in bloom. To find and explore coral gardens, dedicated research cruises and specialist equipment are needed. In Ireland, we have the national research vessel RV Celtic Explorer and Remotely Operated Vehicle Holland I.

The Holland I is an unmanned underwater robot capable of working down to depths of 3000m. It's equipped with high-definition video cameras and highly manoeuvrable robotic arms, all of which can be controlled on deck as the ROV is tethered via a series of cables. Before ROVs, our knowledge of the deep-sea came from dragging nets, Agassiz trawls, along the seabed removing everything it came into contact with, including whole colonies of corals.

This is no longer required to research corals, which is great news considering some species of corals have been found to be more than 4,000 years old. The manipulator arm on the ROV is very precise and allows us to target small branches from corals that we are interested in, ensuring that the overall colony will live on and that we don’t leave a lasting impact on the environment.

Many different types of corals are found along Ireland’s continental slope including bamboo corals, bubblegum corals, mushroom corals, sea pens, and black corals. Many of these different groups have easily recognisable features. Bubblegum corals are brightly coloured with bulbous branch tips that look like bubble gum.

Bamboo corals have skeletons that alternate between black and white reminiscent of bamboo. Black corals have colourful tissues but are named after their pitch-black skeleton while golden corals have a skeleton that is gold in colour. Sea pens – named as they look like writing quills - normally live in sand and mud, supporting themselves with an inflatable anchor called a peduncle.

Corals provide other animals with a home. For example, some serpent stars live entwined around the same coral for their whole life and are thought to help keep the coral clean by using their arms to remove large debris that would normally smother the coral. Other animals such as squat lobsters climb high up on the coral branches so they can get better access to food in the water.

Corals are also important nurseries for charismatic animals housing both shark and octopus eggs. Shark eggs, called mermaid purses, have tendrils that get entangled around the coral to keep from being swept away by the current and dumbo octopus eggs cement themselves onto the coral to keep them in place.

Corals are usually only accurately identified after a research cruise when we can access our labs with specialist equipment and communicate with museum experts. To better understand the distribution of these coral gardens we need to be able to identify the corals that reside in them. For example, we do not know whether some species preferentially form gardens, or whether some gardens are more vulnerable to fishing impacts than others.

A global lack of taxonomic expertise has meant that reliable identifications are extremely rare. We can use coral DNA to help identify individuals as some regions of DNA are conserved within species and different between them. This will help us identify areas of high biodiversity for conservation and protect these habitats for future generations to come.

World Ocean Day is celebrated annually on June 8th and is of particular relevance to Ireland. Set up in 1992, one of the founding principles is to highlight the everyday role the oceans play in our lives and to ensure the long-term sustainability of marine resources. In 2021, we entered the UN Ocean Decade which aims to advance the implementation of Sustainability Development Goal 14 "Life below water", which is concerned with reducing our impact on the ocean and protecting and conserving ecosystems.

This research was funded by an Irish Research Council Postgraduate Scholarship (GOIPG/2019/3682), and the Irish Naturalists Journal Grant Scheme 2021. Images taken with ROV Holland I deployed from RV Celtic Explorer by NUI Galway scientists during expedition CE17008 funded by Science Foundation Ireland and the Marine Institute under Investigators Programme Grant SFI/15/IA/3100 co-funded under the European Regional Development Fund 2014-2020 and during expedition CE21010 funded by the Irish National Ship-Time Programme

Declan Morrissey is a PhD student at the School of Natural Sciences at NUI Galway. He is an Irish Research Council awardee