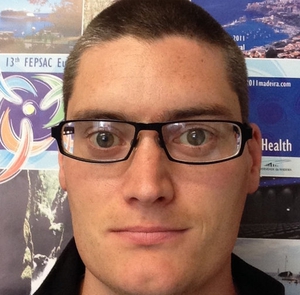 Analysis: if you're a coach or player working on kicking, striking or shooting, it may be time to ask yourself if you've got a Quiet Eye

Munster's recent agonising exit from the European Rugby Champions Cup has generated considerable discussion about the preparation of kickers. Jonny Holland’s coaching column described some of the key mechanics that must be just right, such as where does your standing foot land and the importance of not overthinking these mechanics.

Holland also described the elements of a pre-kick routine that ensure a kicker is in the optimal psychological state to perform: visualising, blocking out the noise, slowing your heart rate and focusing on your own cues.

Another element of an effective kicking routine which has shown promising results across a range of sport skills is called the Quiet Eye. When performing a task such as a penalty kick in rugby, your eye jumps around from location to location (these jumps are called saccades), occasionally dwelling on one spot for at least 100 milliseconds (these pauses are called fixations).

The Quiet Eye refers to a relatively long final fixation on a specific location (eg, a point on the ball) just before the start of the critical movement: the run up in a rugby conversion kick or the backswing in golf. Across a range of sports, including basketball free throw shooting, golf putting and penalty kicking in rugby, the Quiet Eye has been shown to discriminate between high and low skill performers. Indeed, a meta-analysis demonstrated that experts demonstrate a longer Quiet Eye than novices, while successful trials tend to demonstrate a longer Quiet Eye than unsuccessful trials within one individual.

From RTÉ Sport, Real Madrid's Karem Benzema's penalty against Manchester City is a penalty worth watching over and over again

Given the influence of a Quiet Eye on performance, an obvious question is whether this pattern of gaze behaviour can be trained. Thankfully for performers, the answer is yes. A recent experiment by Retief Broodryk and colleagues randomly assigned 18 male amateur and semi-professional rugby union players to experience either technical training (focused on alignment, a relaxed action and key mechanical cues such as keeping the head down through the kick) or Quiet Eye training.

Consistent with previous research in other sports, the Quiet Eye training focused on six points:

(ii) Fixate your gaze through the middle of the posts

All players were assessed before and after a two-week intervention and there were no significant differences between the groups initially. Cash prizes and a live score board were used to induce a pressure test after the intervention. Not only did the Quiet Eye trained group demonstrate a longer final fixation on the ball, but they converted 15% more kicks than the group that had received technical training.

From FT Business, is the Quiet Eye technique a way to perfect your golf putt?

As is the case with many studies, the players who participated in Broodryk’s study were not professionals. However, work with high performing golfers (mean handicap 2.7) has demonstrated a benefit from Quiet Eye training. In addition to a laboratory-based putting test, players submitted their scorecards for 20 rounds before and 20 rounds after participating in training. Half of the participants received Quiet Eye training, while half were assigned to a control condition where they watched videos of experts putting, but were not explicitly told about the Quiet Eye.

Compared to pre-training, Sam Vine and colleagues found that those golfers who completed the Quiet Eye training made 1.9 fewer putts per round following the intervention. Golfers in the Control group showed no change in their putting statistics. The evidence appears clear that Quiet Eye training enhances performance under pressure and transfers from the lab to competition.

So does this mean that all rugby kickers should lock their gaze on the ball for 2-2.5 seconds prior to beginning their approach? No; there are always individual differences to consider. I was fortunate enough to complete an analysis of three professional kickers. One demonstrated the classic Quiet Eye as described above: his gaze locking onto the base of the ball for approximately two and a half seconds prior to the start of his approach. The other player demonstrated a Quiet Eye more consistent with that observed during basketball jump shots: a half second locking of vision onto the base of the ball immediately before to the swing of the kicking leg.

In contrast to the first two kickers, the third player was very inconsistent in his gaze behaviour, but closer in pattern to a classic Quiet Eye. One of the advantages of understanding and working with Quiet Eye is how accessible it is. In the case of this third player, the coaches explained Quiet Eye and worked with the player to modify his kicking routine using prompts similar to those from the Broodryk study.

If you're a coach or player working on kicking, striking or shooting within rugby, hurling, camogie, football, basketball or soccer, it may be time to ask yourself if you've got a Quiet Eye. 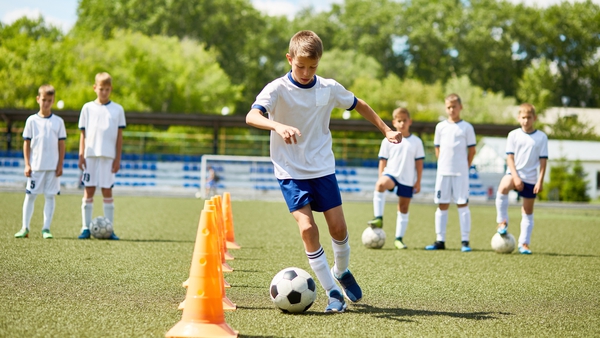 "You can't win anything with kids"