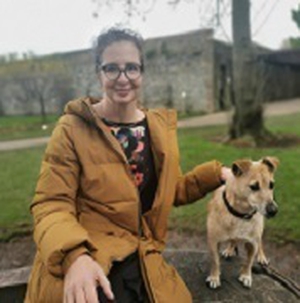 Analysis: there were up to 400 piggeries in the capital in the mid 1950s and the last two were only removed in the 1990s

In 1911, there was uproar from Dublin piggery owners in response to a bylaw introduced by Dublin City Council which prohibited the keeping of pigs within 50 feet of a dwelling. Medical Superintendent Officer of Health Sir Charles Cameron deeply disapproved when the Public Health Committee recommended that the Council repeal the bylaw.

An in-depth examination of the piggeries followed and a complete record was published within the 1912 Report on the State of Public Health in the City of Dublin. This provides some fascinating insights into life in Dublin at a time when 463 piggeries housed 4,626 pigs within the city's urban core.

The report recorded the location of the piggery, the name and address of the keeper(s), the number of pigs, the distance from the nearest dwelling (365 were located within 50 feet) and details regarding the regularity of manure removal. The largest piggery was located on Island Street and contained 110 pigs with a further 45 housed in neighbouring Bonham Street. The second largest, with 77 pigs, was located to the rear of 69 Mountjoy Square and was owned by Maurice Fenlon, a name still associated with butchers in Dublin today.

While the piggeries were spread across the whole city, there was a large concentration to be found in Dublin 1. In Courtney’s Place off the Ballybough Road, this small collection of 29 cottages housed 142 people along with 54 pigs in eight piggeries. Eight of the nine piggery owners lived in Courtney’s Place, where the piggeries were located approximately 20 feet from the nearest dwelling and there were no recorded manure pits, although manure was removed every day. While this paints a grim picture, it was probably not the grimmest to be found in Dublin.

While approximately 40% of the registered pig keepers were women, the largest piggeries were all owned by men with a couple of notable exceptions. Emily O'Toole of 87 Aughrim Street was registered as the owner of 28 pigs and Mary Leonard of 1 Irwin Street kept 26. Meanwhile 10 of the 13 registered owners of pigs kept in multiple locations in Summer Place were women who owned kept between two and twelve pigs each. Summer Place and its piggeries can be seen in the map below, located to the south east of Mountjoy Square.

So why keep a pig in the city in the first place? The answer is simple: pig keeping provided valuable extra income for many of Dublin’s impoverished citizens. A pig could be fattened up on leftover foodstuffs supplemented with a mash of waste grain from Dublin’s breweries and distilleries, which was both nutritious and cheap.

Such a large concentration of pigs in the city made Dublin stand out in comparison to other cities in Britain and Ireland even at the turn of the 20th century and what is really unusual is how long pigs lingered in Dublin. While mention is made of the piggeries in Dublin City Council records and in the newspapers over the following decades, it was 1954 before there was another official count. At that time there were still 395 piggeries recorded, just 68 less than in 1911 despite the redevelopment that had taken place in many areas of the city.

After that, they largely disappear from public discourse, although it is possible to spot their existence and removal through the notices of compulsory purchase orders issued by Dublin City Council. In the 1960s references to piggeries began to appear in Dáil debates. Speaking about the high incidence of gastroenteritis among the city’s children in 1964, John Tully said that "it is a shame to see the most modern blocks of flats being built and within 50 yards of them, people feeding pigs and throwing food, dirt and filth all over the place."

In 1966, Neil Blaney mentions the 193 piggeries still in the city. Another survey carried out in 1970 revealed 182 piggeries in Dublin’s urban areas and TJ Fitzpatrick, TD for Dublin Central, told the Dáil that the piggeries were causing many problems in his constituency. This is significant because his constituency contained some of the poorest districts in the city including the area around Parnell Square. Three years later, Fitzpatrick again called on the Government to use its influence on Dublin Corporation to deal with the piggeries in central Dublin, which were still "creating many problems."

It was to take another 20 years before the problems associated with locating piggeries in Dublin’s inner city were resolved. The last two piggeries in the city centre were removed from Portland Place in 1990 and Clanbrassil Street in 1991.

Ann Marie Durkan is researching the history of farm animals in Dublin city over the course of the 20th century. She can be contacted at ann.durkan2@mail.dcu.ie

Ann Marie Durkan is a PhD student in the School of History and Geography at DCU.