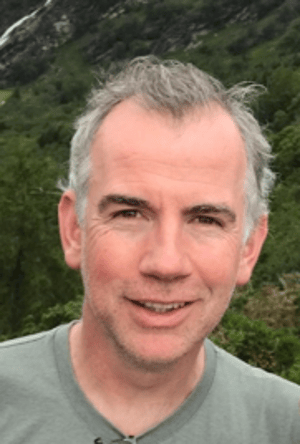 Analysis: with six numbers to choose from 47, there are about 10.7 million different ways to fill out a lottery ticket

Tom Stoppard's Rosencrantz & Guildenstern are Dead features two minor, ill-fated characters from Hamlet, with the action taking place in the wings of Shakespeare’s tragedy. The play opens with a game of chance: Guildenstern takes a coin from his bag and flips it for Rosencrantz to call heads or tails. Rosencrantz repeatedly calls heads – and wins, 92 times in a row. He is unperturbed by this, but Guildenstern is "well alive to the oddity of it" and feels that "it must be indicative of something". The experience reflects his vague sense of forces beyond his control influencing his life.

Something similar has been happening with the National Lottery over the last six months, and the reaction appears, by and large, to be closer to Guildenstern’s than to Rosencrantz’s. Is this losing streak "indicative of something"? How unlikely is it that no-one has won the Lotto Jackpot since early in the summer?

From RTÉ Radio 1's Today With Claire Byrne, Fine Gael TD Bernard Durkan asks if the top prize in the National Lottery is too hard to win

With six numbers to choose from 47, there are about 10.7 million different ways to fill out a lottery ticket. So there are your odds of winning: 10.7 million to one. Not great. National Lottery figures show €586.7 million spent on all draw-based games (Lotto, Euro Millions and Daily Millions) in 2019 and reference 1.39 million players playing weekly. Separate figures for Lotto sales aren't provided, but we can estimate around two million lines sold per draw. This gives the probability of the Jackpot being won to be just under 19% - and so the probability that no-one wins is just over 81%.

As we know, no-one won the Jackpot in 49 successive draws since early June 2021. The draws are independent of one another, so we can multiply the probabilities to determine that the chance of this happening is the miniscule 0.003% - odds of about 30,500:1 against. The National Lottery’s statement that such a losing streak was "not designed to go on this long" is spot on: this occurrence was very unlikely indeed.

It may be worth considering the situation where players choose six numbers from 46 rather than 47. The odds of 30,500:1 would apply to a losing streak of 42 draws rather than 49. If the lottery gods were intent on inflicting such a long-odds event on players, having one less number to choose from might not have made a huge difference.

Lotto players as a whole, then, have been very unlucky indeed with this losing streak. But we don't need to look for explanations beyond the vagaries of random experiments. The odds we’ve calculated lie between the odds of being dealt four-of-a-kind (about 4,000:1) and a straight flush (about 72,000:1) in a game of poker.

If you were to pick up a deck of cards right now, shuffle thoroughly and deal out five cards, you would be very surprised to see four-of-a-kind coming up. But if you play a lot of poker – say 50 hands a week – you have every right to expect to be dealt four-of-a-kind every 18 months or so. Unlikely outcomes of random experiments (dealing cards, tossing coins, playing Lotto) become more likely as we run those experiments repeatedly.

The National Lottery has been running since 1988, and there have been approximately 3,300 draws. This gives a large number of chances for the balls to be uncooperative 49 times in a row. The probability of this happening at least once over the 33 years of Lotto draws creeps up to 2% (odds of 50:1). It’s worth noting that this calculation is very sensitive to the one-off probability that the Jackpot is won – and the figure of 19% was a rough estimate. If this drops to 15%, then the 2% just quoted increases to 16% (odds of around 6:1). But suffice to say that what initially appears to be wholly unexpected starts to generate odds at which you might back a horse just because you like its name rather than its form.

From RTÉ One's Six One News, Lotto fever hits the country as the jackpot reaches €19 million

Lotteries can throw up even greater surprises than that thrown up by ours over the last five months. In Israel in 2010, the same six numbers came up in two separate draws three weeks apart. This also occurred in Bulgaria in 2009, in successive weekly draws (arousing some suspicions). The odds of this happening in the Lotto draw – the same six numbers, two weeks in succession – are 10.7 million to one against, dwarfing the odds of the streak of 49 losing draws.

These events made news around the world, and so should be interpreted in the context of the global popularity of lotteries. Considering all the draws in all the lotteries all around the world, and the vast number of opportunities that exist for the odd coincidence to appear, shouldn’t we develop the habit of expecting the unexpected from these games of chance? Or shouldn’t we at least meet even very unlikely events – 49 draws without a Jackpot, 92 coin tosses won in succession – with the equanimity of Rosencrantz rather than the consternation of Guildenstern?