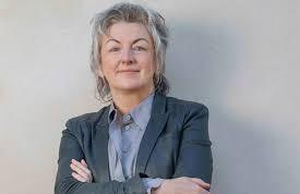 Opinion: many glances have been exchanged by the two nations over the centuries across the narrow 50km of water which separate us

In January, on one of those rare, bright, crisp days that helped us get through the start of the latest lockdown, a photograph of Snowdon taken from Howth began to circulate online. Taken by Niall O'Carroll, the image gave pause to many people, causing them to wonder about the distance between Wales and Ireland. It is a question often asked. Online message boards are full of tourists who want to know if you can see Ireland from Wales, comments testifying to uncertainties made by sky, sea and weather.

Yesterday's view from Howth in Dublin to a snow capped Snowdon in North Wales is just incredible.

So how close are we? The Llŷn Peninsula and the Wicklow mountains are just over 50 kilometres apart. Snowdon to Howth is some 137 km of distance. Scotland is closer, a mere 19 kilometres. And, between shared Gaelic traditions and a high rate of emigration from Ireland to Scotland in the last century, it can seem more familiar.

What do the Irish and the Welsh make of each other? Perhaps the best place to begin is a tale fundamental to the Welsh conception of Ireland. The story of Branwen from the medieval Mabinogi mythological cycle opens with Bendigeidgfran, King of Britain, sitting with his brother on the rock of Harlech. They are looking across the sea and seeing "thirteen ships coming from the south of Ireland, heading towards them easily and swiftly, the wind behind them."

Borne home to Wales after the battle, Branwen takes one final look back across the sea to Ireland, heaves a heartbroken sigh and dies

The ships have been sent by Matholwch, King of Ireland, who wishes to marry Branwen, the sister of the giant Bendigeidgfran, in order to unite the kingdoms. They marry but, because of an earlier insult, the Irish punish Branwen, forcing her "to cook for the court; and they had the butcher come to her every day, after he had chopped up meat, and give her a box on the ear."

Over the three years of her punishment, Branwen "reared a starling at the end of her kneading trough", taught it to speak and told it of her suffering. Hearing from the starling of his sister’s mistreatment by the Irish, Bendigeidgfran vows revenge. Irish swineherds witness "a forest on the sea" and see "a huge mountain" moving towards them. It turns out to be the enraged Bendigeidgfran wading across the water to save his sister. Borne home to Wales after the battle, Branwen takes one final look back across the sea to Ireland, heaves a heartbroken sigh and dies.

Such glances across the narrow water were exchanged over the centuries. The earliest natural history of Ireland, compiled by Dutch physician Gerard Boate in 1652, asserts that "a man whose sight is but of an ordinary goodness, may at any time in clear weather with ease discern the high and mountainous coast of Wales from the top of the Dublin mountains." It was a way of reassuring Cromwellian planters that Ireland naturally belonged in the sheltering embrace of Britain. Later accounts would make the same point, though William Wordsworth introduced a note of romantic uncertainty. Glimpsing an "azure ridge" from atop a mountain in Cumbria, the poet wondered "do we behold the frame of Erin’s Coast?"

The Celtic revival endowed these sightlines with a hue of meditative otherworldliness. Samuel Beckett recalled "wonderful memories" of seeing North Wales from the Wicklow mountains while walking with his father as a child. In a 1948 letter to the French writer Georges Duthuit, Beckett set out his plan to "have lunch, then go for a walk on the long green slopes from where, on a clear day, when I was a child, I used to see the mountains of Wales." He will drink a "few pints", Beckett told his friend, and watch the evening draw in "and the sea light up—the harbour, the town, the headlands. Romantic landscape but dry old stick of a traveller."

"Romantic" and "dry" perspectives continue to compete. In the title story from Éilís Ní Dhuibhne's collection Little Red, the heroine quotes from "Leisure" by Welsh writer W.H. Davies, a poem that was once widely taught in Irish primary schools: "What is this life if, full of care, / We have no time to stand and stare". But the heroine stands apart from the romance of it all, seeing Wales only in negative outline:  "The roof of a house below. The sea. The horizon … beyond, the coast of Wales, which you never see from here although it’s not far away."

On March 1st, Wales celebrates St David's Day while in Ferns, County Wexford, the memory of his pupil and protégé St Aidan is remembered. A Welsh story tells of St Patrick’s wish to found a monastery in Wales. In Pembrokeshire, though, Patrick was told by angel that the place he had in his sights — Vallis Rosina or modern St David’s — belonged to another yet to be born. As recompense, the angel took him to a mountain top and instructed him to look across the sea: "Be glad, Patrick, for you will be apostle to the whole of that island which you now behold".

Though not as familiar as the tale of St Patrick being sold into slavery from Wales to Ireland, both stories reminds us of the proximity of two cultures joined by narrow body of water; a sea that connects as well as divides. Meanwhile, across the centuries, Ireland’s relationship with Wales continues to tread a delicate line between the capacities of ordinary eyesight and the continuing power of Celtic sightlines.

Prof Claire Connolly is Professor of Modern English at UCC. She is an Irish Research Council awardee and project leader for Ports, Past and Present, funded by the European Regional Development Fund via the Ireland Wales Programme.