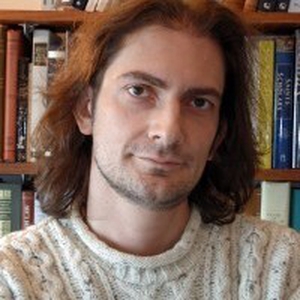 Analysis: Ireland's cultural exports to France at the time included learned pilgrims, cheeky philosophers and ideas on the science of time

The ongoing disruptions caused by Brexit demonstrate that Ireland has no choice but to rethink its long-standing ties with Britain and its relationship with mainland Europe. Besides the inevitable difficulties, the aftermath of Brexit may also offer Ireland great opportunities to build stronger economic, political and cultural links with the continent, and France in particular. This was recently pointed out by the French Minister for Europe and Foreign Affairs (and a native of Lorient in Brittany) Jean-Yves Le Drian.

From a long-view historical perspective, this would be nothing particularly new. The history of Franco-Irish relations is a long and complex one, and some episodes of it still occupy an important place in Irish common knowledge. Just think of General Humbert's failed expedition of 1798, the famous Year of the French.

Although less widely known, the Early Middle Ages likewise saw consistently strong contacts between Ireland and France, then known as ‘Francia’, the land of the Franks. Many historians have thrown light on the establishment of Irish learned communities - some have used the word ‘colonies’ - in the monasteries of seventh-century Francia. One of them, at modern-day Péronne in the department of the Somme, was even known at the time as Peronna Scottorum, ‘Péronne of the Irish’.

The flow of Irish pilgrims travelling to and through that area continued well into the time of Charlemagne and beyond, the period known to scholars as the 'Carolingian age', roughly between AD 750 and 980. Anecdotes about the Irish monks Clemens and Albinus yelling in Frankish markets that they had ‘knowledge for sale’, or about John Scotus Eriugena exchanging dinner-table witticisms with Charlemagne’s grandson Charles the Bald, have long been clichés of Carolingian history.

But Ireland’s cultural export to Francia during this period was not just learned pilgrims and cheeky philosophers. Ireland also exported manuscripts and texts. Admittedly, the jury is still out on some of these as to whether or not they were written by Irish authors. For example, the authorship of many Medieval Latin texts explaining and interpreting the Bible, which the great German scholar Bernhard Bischoff assigned to Irish writers in the 1950s, is now the fulcrum of a lively (and sometimes fierce) debate among specialists.

But other areas of Irish intellectual culture certainly did have a deep impact on Early Medieval Francia. One of the most significant is undoubtedly computus, the science of time-reckoning, consisting of a peculiar combination of arithmetic, astronomy and theology. Such an impact is not limited to Saint Columbanus's well-known clash with the Frankish Church shortly before AD 600 as to the calculation of the date of Easter. In fact, it is becoming increasingly clear that many highly innovative Irish tracts on time and time-reckoning reached Continental monastic libraries from the Merovingian period onwards.

Our knowledge in this field is still incomplete and exciting discoveries are still being made. A particularly relevant example of this comes from personal experience. In December 2016, an unusually long afternoon nap for my then two-year-old daughter allowed me to browse through the online images of a beautiful early ninth-century codex. It was probably written in the area of Corbie (near Amiens) and is now preserved at the Municipal Library of the nearby city of Laon, another prominent Irish ‘colony’ of the Carolingian age.

To my great surprise, I realised that this manuscript contained a previously unknown tract on the various units of time (what they called the 'divisions of time'), whose Irish origin was proven by the presence of words in Old Irish in what was otherwise a fully Latin text. Among the numerous gems hidden in this codex, I found a passage describing the strange battle fought each night by the sun against the monstrous Leviathan, who, trying to devour it, swallows and vomits sea-water, causing the rhythmical movement of the tides, a story with Irish associations elsewhere too.

But there is more. I immediately realised that the contents of the Laon manuscript were strikingly similar to other Irish texts on computus that I had worked on before, except that the latter had been copied much further west in Brittany. In other words, the Laon manuscript spoke of a 'triangular connection' that saw scientific works and ideas travelling between Ireland, Northern Francia and Brittany.

Perhaps nowhere more than in Brittany were Irish texts routinely studied and copied in the Early Middle Ages. In addition to grammar, computus, Church law, and saints' lives, this includes a group of seventh-century Hiberno-Latin poems often seen as a source of inspiration for Joyce’s Finnegan’s Wake, called the Hisperica Famina. As is the case for many Irish texts from this period, not a single surviving copy of the Hisperica Famina was actually produced in Ireland. Instead, the majority of them were written in Brittany, where this elaborate style was adopted and redeployed creatively by local authors.

Breton monasteries may have spread Irish texts to major intellectual centres in the Loire Valley. This link could indeed help explain the remarkable occurrence of a text in the Ogam alphabet in a manuscript written circa 790 at the abbey of Fleury (near Orléans). It is still unclear if these texts reached Brittany through direct contacts with Ireland, or rather through Cornwall (where Irish settlements existed) or Northern Francia. Nevertheless, it is likely that the diffusion of Irish culture played a part in the construction of a new Breton sense of 'insular identity’ that distinguished them from their Frankish neighbours (who repeatedly sent armies into Brittany, with mixed results and even some serious setbacks).

Over the past few weeks, operators such as Stena Line, Brittany Ferries and DFDS have begun to intensify ferry connections with Brittany, Normandy and Dunkirk, as a way of bypassing Britain. Seen from an Early Medieval vantage point, all of this carries a strange air of déjà vu.

Dr Jacopo Bisagni is lecturer in Classics at the School of Languages, Literatures and Cultures at NUI Galway. He is an Irish Research Council awardee