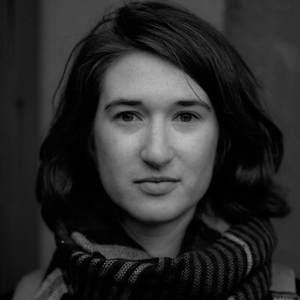 Opinion: the idea to draft a new constitution for Iceland was born out of the country's experiences in the 2008 global financial crisis

During the 2008 global financial crisis, Iceland experienced a devastating banking collapse which led to the resignation of the sitting government after months of public protest. Amongst this climate of political change, an idea to draft a new constitution for a more inclusive Icelandic government was born. A randomly selected citizens' assembly was formed to discuss Iceland's political future. In 2011, 25 individuals were selected to write a constitution and the referendum for same was held in 2012. The drafting process for this constitution took four months, during which time all drafts were made publicly available for discussion. Over 3,600 comments were made to the council and published on Facebook and Twitter.

Iceland's constitution was originally instituted in June 1944 when the country became an independent republic and has since been amended seven times. In October 2012, a non-binding constitutional referendum was held which included six proposals granting the average citizen a much more direct voice in government, allowing 15% of voters to put bills to parliament and call referendums on proposed laws. This new bill was stalled before it could go before parliament for vote in a recess prior to the 2013 parliamentary election. Although they did not run on a platform centered around the new constitution, opponents to the new constitution won the 2013 election so the constitutional struggle is currently ongoing.

The constitutional process is being documented through KRIA, a digital archive that will be accessible through multiple directories in both Icelandic and English. KRIA’s effort to document an ongoing process speaks to the role of archives in both preserving the past and helping a society understand its present.

The collection will not just serve as a depository of information, but also provide explanatory material for those unfamiliar with Iceland’s political history. Users will also be able to contribute relevant material to be housed in the collections. The participatory nature of this type of archival practice highlights the importance of collaborative knowledge-building in successful democratic practice. This builds space for the average citizen and those not in positions of power to contribute in a manner that is inclusive and actively participatory in forming knowledge around a subject. This builds a system where it is possible to meaningfully collaborate on understanding.

In the Icelandic constitutional process, the average citizen had a much more direct voice in political processes than is typical of a representative democracy. In most democracies, governing occurs primarily through publicly elected representatives who then speak on behalf of the people. Direct democratic practice focuses on collective citizen engagement to make decisions and legislate. In a direct democracy, citizens are active participants not only in deciding between options but in the crafting of the options available.

In my research at Ulster University, I focus on the democratisation of societies affected by conflict. Within this, I specifically examine the role of dealing with contentious histories in the re-structuring of political structures.

Understanding the connection between forming mechanisms to deal with the past and present-day political structures means understanding the importance to preserve dissent in our political systems. This means understanding democracy as a conversation that should not aim for closure. Because democracy is a political structure based on creating conversation around best societal practices, ending this conversation means ending the opportunity for participation. An active role in the crafting of memory is as significant to democratic processes as the opportunity to have a voice in a society’s present. This is part of what makes archival projects such as KRIA so essential.

Democracy is a creative practice in collaboratively imagining our preferred futures. The implementation of inclusive political structures makes reaching these imagined futures possible. Iceland's radically participatory efforts at constitutional reform provide a particularly inspiring example of what can be achieved by groups of concerned citizens. It is essential that this historic process become cemented in our collective memory. Understanding Iceland’s constitutional process and how KRIA is working to document it provides a unique example to reflect on what's possible within our democratic systems when it comes to direct citizen engagement.