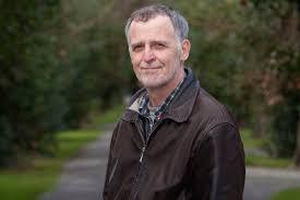 Analysis: rhythm is fundamental to our existence because it shapes and frames our lives in a myriad of ways

Rhythm, groove, pulse: what is it, why is it important, why do we like it so much, and respond to it so strongly? We're often unaware of how rhythm plays a huge part in our lives - and not just through music. There are the macro-rhythms of life: night follows day, tides go in and out, seasons follow each other. And there are micro-rhythms that we hear in our environment: someone hammering a nail, or sawing, the sound of a sewing machine, the clackety-clack of the train wheels. And of course there is rhythm in music.

But what is rhythm and why is it so vital to us?

Rhythm gives sound shape. Without rhythm, sounds would be simply a series of drones. If I hold down a note on the piano, it is shapeless and has no direction. But as soon as I apply a rhythm to that note, we hear pulse, tempo and all that other good stuff, and it gives the note meaning, shape and direction.

Ronan Guilfoyle's sound essay based on this piece

But this is not only true for music. Without rhythm, speech would sound very strange, and stripped of so much meaning. Every word would have equal length, and have no emphasis. We use rhythm to emphasise certain syllables in a word or phrase. Try saying the word "merrily" over and over again to see what I mean. You will hear both the emphasis on the first syllable, and the rhythm that the repetition creates. Now try saying merrily again, but this time, giving equal weight to each syllable: "me-rri-ly, me-rri-ly, me-rri-ly, me-rri-ly". Sounds very strange, doesn’t it?

You can also apply this rhythmic principal to something as big as accent as rhythm plays a huge part in the creation of accent. Think of the different rhythms of a Dublin, Cork, and Belfast accent. There is no better example of how rhythmically we speak then in this video of the great jazz drummer Dan Weiss playing along with every syllable of an auctioneer

We are not the only animals that create rhythm – think of crickets, or birdsong. But we are the only animals who can do entrainment. This is a fancy word for the ability to tap your foot, clap your hands, or dance in time to a piece of music. In other words, we can hear music, and adjust our physical movement to the pulse of that music. We can create a tactus - another fancy word to describe clapping your hands in time to a pulse – to accompany the music. This is a uniquely human trait, so why do we have it?

We have an innate ability to hear repetition in a series of sounds, but the ability to synchronize with a beat and with others is something we develop. Children up to four years of age will respond physically to rhythm by dancing, but will generally be unable to dance in time until between four and five years of age, when their physical coordination locks in with what they’re hearing.

We develop this ability to rhythmically synchronize for social reasons. Collective action binds a group of people together. A collective action such as clapping, dancing or singing together requires rhythmic coordination, and releases a hormone called oxytocin in the participants, which creates feelings of connection between people. The fact that collective music-making triggers an oxytocin release explains the popularity of such activities as choral singing, and drum circles. It is no accident that music, and the rhythm that binds it together, accompanies so many elements of our lives.

Music is often thought of as being personal, and having meaning to us as individuals, but it also has a collective power, and the element that shapes that power is rhythm. Think of a crowd chanting at a football match, and how the rhythm of the chant reinforces its power. Think of the Haka performed by the New Zealand rugby team at the beginning of a match and how the rhythm enhances the power of the challenge.

Rhythmic chanting and singing can also help with undertaking repetitive tasks. We hear it in army marching songs, and in songs that accompany particular kinds of work, such as digging, or working on a sailing ship. Africa has a particularly strong relationship with rhythm, and not just for dancing. In West Africa, from whose musical traditions much of the music we listen to today is descended (and that’s another story), rhythm accompanies almost every aspect of life – work, play, ritual, socialisation, and celebration. This is perfectly illustrated in this short film from Guinea.

"FOLI", a research film by Thomas Roebers and Floris Leeuwenberg portrays the people of Baro, a small town in eastern-central Guinea, and their culture of rhythm

Rhythm is fundamental to both our external and internal lives, it binds us to others, and it shapes and frames our lives in a myriad of ways. If you think about it, it is hardly surprising that rhythm plays such a huge role in our lives. Since the dawn of time, as all of us develop in our mothers' wombs and the cells in our ears coalesce and give us hearing – what is the first thing we hear? Our mother’s heartbeat - rhythm. And from then on, the beat goes on….

Ronan Guilfoyle is Director of the Centre for Jazz Performance at DCU.