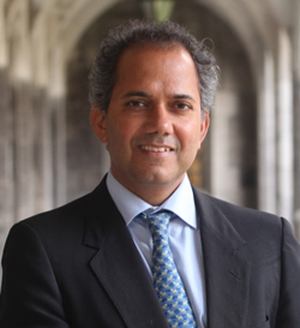 Opinion: meet the wipe that can effectively remove bacteria, viruses, fungi and biological toxins from surfaces

Approximately 50,000 men, women and children globally die every day from infectious diseases caused by bacteria, viruses, fungi and protozoans. According to a WHO report, at least 30 new diseases have emerged in the last 20 years and together threaten the health of hundreds of millions of people. For many of these diseases, there is no treatment, no cure and no vaccine. Some of the prominent examples of major infectious disease outbreaks in public memory include the black death, Spanish flu, HIV, SARS, swine fever and Ebola. In addition, millions die with tuberculosis, cholera and respiratory and diarrheal diseases.

The impact of infectious diseases is greatly increased by the rise of antimicrobial resistant strains, our hyper-connected world, the ever-increasing proximity and cohabitation of humans and animals, and the emergence of deadly pathogens due to climate change and deforestation. These changes are creating a paradise for infectious microbes and a potential health catastrophe for humans and animals.

Currently, there are multiple natural disease outbreaks across the globe (such as the coronavirus, Ebola, swine fever, cholera and bubonic plague) as well as the possibility of intentional terrorist release of some of the infectious agents (for example, Bacillus anthracis that causes anthrax, Francisella tularensis that causes tularemia and Clostridium botulinum that releases botulinum toxin) can lead to massive health and security crises and cause enormous societal and economic damage, especially when there is a lack of reliable or effective detection methods.

Biological threat agents (natural and man-made) are invisible, hard to detect and initially have no visible or immediate sign of infection

In his seminal speech during Munich Security Conference in 2017, Bill Gates reminded the audience that a catastrophic epidemic or intentional release of deadly species is one of the few disasters that could derail world development. Some highly infectious agents could be easily modified through natural mutations or synthetic biology and spread very quickly, killing millions of people in less than a year.

World Bank Data shows that we live in increasingly connected societies and there are huge numbers of people crossing borders, using communication hubs and transport vehicles, resulting in a much higher chance that an infectious agent will spread. An example is the spread of SARS virus in 2002-2003 that started in a farm in China and killed over 8,000 people across 37 nations. Recently, the most severe outbreak of Ebola in recorded history caused major loss of life (11,323 deaths), socioeconomic disruption in the West Africa region and transported cases led to secondary infections in Spain, UK, Italy and US.

Biological threat agents (natural and man-made) are invisible, hard to detect and initially have no visible or immediate sign of infection. It can take several hours to days and weeks of an incubation period before symptoms appear. However, once the infection occurs and spreads, it often has a debilitating impact on individuals and societies. Therefore, it is critically important to protect the first responders and affected civilians from these potentially deadly biothreat agents. This will reduce the rate of infection and spread of infection and will buy time during crisis management actions for proper characterization and identification of the biothreat agent and mobilisation of medical care.

From RTÉ Radio 1's New At One, how the August 2019 ebola outbreak in the Democratic Republic of Congo has seen a death toll of over 2,000 people

Currently all of the available decontamination strategies include artificial chemicals (for example bleach, calcium hypochlorite and hydrogen peroxide), extreme pH and radiation-based procedures. These strategies remove or kill biological agents, but are toxic, harmful to human beings and not safe for use on human surfaces (i.e skin). In addition, the use of conventional decontamination solutions can lead to secondary contamination and can interfere with forensic evidence due to their destructive nature.

Nature has been experimenting for millions of years to find solutions against infectious diseases. We are all aware of the two major discoveries, vaccination and antibiotics, that have saved hundreds of millions of lives.  There is another ingenious manner by which nature protects us from infections. All living cells are coated with proteins and complex carbohydrates and every cell-to-cell relationship is mediated by carbohydrate-protein interactions (imagine a living Velcro whereby two surfaces covered in carbohydrates and proteins stick together).

This also applies to all infectious microbes and most biological toxins which have carbohydrates and proteins on their surfaces. In nature, humans and animals produce, milk, urine and saliva/mucus full of specific proteins and carbohydrates that bind to the pathogens cells to protect us from most of the pathogens we encounter on a daily basis.

Inspired by this ingenious natural mechanism that protects us from being infected with pathogens, Aquila Bioscience, a start-up company based at NUI Galway, has developed a technology that effectively removes bacteria, viruses, fungi and biological toxins from surfaces. This technology in the form of a wipe removes the pathogens and toxins from surfaces and also captures them so they cannot "run away" and spread the disease. The advantage of this in forensics and diagnostics is that pathogens can be identified without being destroyed. The development of this technology was funded by the European Defence Agency and was conducted in collaboration with the Defence Forces and the Czech University of Defence.

This technology can deliver safe and effective decontamination methods that can be safely used on sensitive areas like skin, nose, eyes and mucosa, where other decontamination methods are either not safe or cause skin reactions. It is also totally non-toxic and composed of biodegradable materials compared to the damaging environmental impact of chemically based solutions and the major problems caused by non-recyclable wipes in the environment.

Aquila Bioscience continues to collaborate with the Defence Forces, with their needs to be prepared against biothreat agents. This collaboration has also brought the technology to the attention of other national and international security and humanitarian agencies who have expressed strong interest in using the technology to protect first-responders and affected people. It's an effective, safe and environmentally safe method to protect us from the potentially deadly pathogens we might encounter. 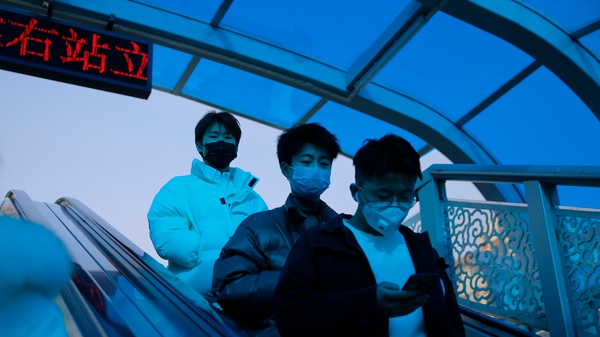 How science is dealing with the outbreak of coronavirus