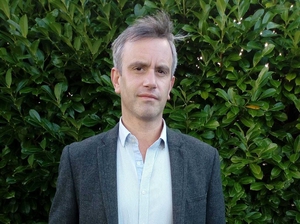 Opinion: in times of change it is common for people to look to the past for a sense of security and a sense of solidity - but be careful what you wish for

Sunderland was once considered the largest shipbuilding town in the world. When the harbour was expanded in 1885 the concrete foundation stone had to be manoeuvred into place by a giant, gas-powered crane dubbed 'Goliath'. It was an era of modernity that Polish sociologist Zygmunt Bauman termed ‘solid’.

And in solid modernity, size mattered.

Sunderland’s shipbuilding and coal-mining industries were triumphs of engineering and technology, of humanity’s capacity to strategically dominate and ultimately control its environment. In the US, 1885 also saw completion of the world's first skyscraper, whose revolutionary steel frame reached all of ten stories into the Chicagoan sky. Inch by inch and space by space, modernity would shape the world to a human blueprint.

Although technology has always been one of modernity’s key drivers, new technologies have always brought with them "new" fears. Swiss scientist Conrad Gessner, for instance, worried that the effects of information overload would be "confusing and harmful" to the mind. Gessner, who was speculating about the repercussions of mass printing, died in 1565.

Concerns with solid modernity often centred around issues of individual freedom, the fear that most of us were being restrained and controlled by a distant elite of business and political figures lodged within those big solid buildings and institutions. In George Orwell’s 1949 dystopian classic Nineteen Eighty-Four citizens exist under Big Brother’s constant surveillance. This is the Panopticon: the few watching the many. A world of doublethink, Newspeak and memory holes, where for two minutes every day citizens gather to solidify communal bonds and vent existential distress by publicly denouncing official film depicting enemies of the state. It is a ritual called the ‘Two Minutes Hate’.

Forward to the year 1984. Apple are preparing to launch the original Macintosh. In their flagship, one-off TV ad columns of pallid, drone-like Orwellian workers march into an industrial auditorium. A menacing, authoritarian figure lectures from a single electronic screen. A young female athlete moves through the crowd. She hurls a sledgehammer through the screen. Big Business, Big Government, Big Brother has been defeated! We can all have our own computer! And although solid modernity is well and truly over, the last shipyard in Sunderland won’t close until 1988; the last coal mine in 1994.

Bauman examined the transition from solid modernity to our era (now), which he called ‘liquid modernity’. The conditions of liquid modern life are defined in contrast to solidity: mobility, instability, disposability and unceasing change are the new orders of the day. Lack of control is dessert. Our blueprints are no longer any use in a liquid, modern world where solid foundations and deep roots more likely hinder than enable success.

And while many of the individual freedoms that we cherished have been won, we might ask at what cost? We are more connected than ever before but mental health reports suggest that we have never been more lonely; there is an app to manage everything but we’ve never felt like we’ve had less time; the conveniences of the internet are tempered by frustrations that even the slightest delay of service can provoke; information overload is ubiquitous; through social media we share everything and nothing in the same moment and the online world occasionally seems little more than a nasty ‘Two Minutes Hate’ forum.

It’s no longer one screen watching everyone but everyone watching their own screen. The Panopticon becomes the Synopticon: the many watching the few. Apple becomes Big Brother. Big Brother becomes disposable celebrity. And the central emotional condition of liquid modernity becomes uncertainty, followed by all of uncertainty’s anxieties. These are the great paradoxes of liquid modernity, where gains must frequently be remeasured by losses.

In times of change it is common for people to look to the past for a sense of security, a sense of solidity. More and more people want to revive the feeling that at least everything could be in order or could be under control and that somebody, anybody – just not me! – is actually steering the ship.

Right now the structural and cultural infrastructures of a bygone solid age are being reinvigorated. Borders are being re-erected. Enemies are being identified. Efforts to control are being exerted. At an August 2018 rally in Ohio Donald Trump declared: "We're doing things you don’t even know about!" The audience whooped and cheered in response.

Maybe Big Brother wasn’t so bad after all? More and more people are turning to chameleons who, in fluidly being both establishment and anti-establishment, appear to embody the kind of solidity these people seek. Thus Trump is favoured by bookmakers to be re-elected. Brexit is carried. The far right continues its resurgence across Europe. Clownish BoJo – educated in the solid institutions of Eton and Oxford – finds himself in 10 Downing Street. Dominic Cummings sends a big red bus around Britain and finds himself loitering in the shadows of power.

When Winston Smith, the protagonist of Nineteen Eighty-four, is taken to Room 101, a cage containing his greatest fear – rats – is secured to his face. Liquid modernity invites us to reflect upon society’s Room 101 and to think ethically about where we are, where we have been and where we might be headed.

From RTÉ Radio 1 Arena, Darryl Jones looks at the profound influence of '1984' by George Orwell, first published in 1949

On the site of Sunderland’s last coal mine, the Stadium of Light was built. It seems appropriate because professional football is a quintessentially liquid modern arena of international transfer and dubious loyalties, where contracts mean little and people habitually unite, in a fashion, to vent their distresses.

How can values – their strengths or otherwise – be measured in these new liquid modern arenas? In the aftermath of Sunderland’s 61% Leave vote a local man offered the common refrain that he wanted Britain to have "the ability to make [its] own laws, which is what we used to do." In liquid modernity, however, we must be careful what we wish for.

Nissan, the region’s newest largest employer, last February reversed their decision to produce a new vehicle at their Sunderland plant. Production of two further models was cancelled in March. In July they announced 12,500 job cuts. And while not yet announcing where the axe will fall, we might reasonably assume that Nissan’s Sunderland staff are experiencing heightened levels of uncertainty. The slogan on Dominic Cummings’ big red bus? ‘Take Back Control’.

But Bauman cautions that there can be no going back: what has been liquified will not be re-solidified.

Ronan Doyle is a member of Lero (The Irish Software Research Centre) and a PhD student at The Whitaker Institute, NUI Galway