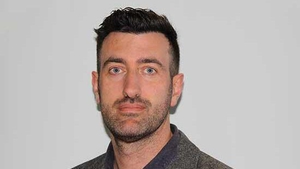 Opinion: Those that are the most successful broadcasters of sexualised content share some common characteristics – they are usually young, possessing bodies that are widely held as desirable in society and who have a high social media visibility.

International students arriving in Ireland face many challenges. Rental accommodation, especially in Dublin, is increasingly difficult to secure while being exorbitantly priced and often of poor quality. Finding work while having poor levels of spoken English, consign many students to jobs in the lowest levels of the service industry as kitchen porters or cleaners in fast food restaurants.

Others rely on the emerging gig economy offering services as cleaners or in the food industry for companies such as Deliveroo. This work is hazardous with attacks on international students working within the nightime economy commonplace; most go unreported to the Gardaí.

The gig economy does, however, offer safer and more financially lucrative opportunities. In an increasingly visual society, where photo and video sharing applications like Instagram and OnlyFans have seen exponential growth over their competitors, there is a growing market for those willing to sell the content they broadcast online.

The internet is awash with such content – from personal trainers, to make up artists to yoga instructors – and there is an audience willing to subscribe to view it.

There is also a growing market for sexualised content; from the trade in naked selfies and videos to more explicit broadcast content featuring solo, couple or group sex.

Those that are the most successful broadcasters of sexualised content share some common characteristics – they are usually young, possessing bodies that are widely held as desirable in society and who have a high social media visibility.

The question remains though – why would subscribers pay, on average $12.99 a month on OnlyFans, for sexual content that could easily be accessed for free on the internet?

The answer lies in the sexual saturation of the internet itself. Viewers increasingly seek more bespoke adult sexual content from social media personalities that they follow, 'know' and interact with online.

From RTÉ Radio 1's Liveline, Alan is a Deliveroo cyclist who takes issue with his working conditions.

Those with high profile social media accounts have successfully created this sense of ‘presumed intimacy’ and ‘knowing’ with their followers and subscribers, offering them a backstage, albeit choreographed, insight into their lives.

It is the content from these broadcasters that is often the most profitable, where a democratisation of the sex industry can turn anyone with a camera into an adult film star.

I have been researching a group of young gay men from Brazil and Venezuela who supplemented jobs as waiters or cleaners during their stay in Dublin by generating income through their social media accounts. These students were restricted by their visa conditions to working just twenty hours a week.

While they would reject being classified as sex workers, their online lives capitalised upon ever more flexible definitions of commercial sex in a society where the sex industry itself has become increasingly normalised despite its further criminalisation in 2017.

Read: The bawdy world of Shakespeare's sex workers
Read: 'Our approach to sex education is obsolete and inadequate'

Their use of the gay dating app Grindr, where the marketing of sexual services is prohibited, facilitated the emergence of a ‘pop-escort’ where their availability for sex work becomes only visible through the judicious decoding of specific emoji by viewers.

This represents the most ambiguous and transient dimension of sex work, that appears and disappears, dependent on financial need.

It was most often the entry point into the sex industry, when they received offers of money for sex at a time when they were most desperate to escape slum landlord housing that saw up to sixteen people sharing just three bedrooms.

Being a pop-up escort was a resource that could be deployed intermittently to fund vacations, periods of unemployment and the return of money to their families in Brazil and Venezuela.

From RTÉ 2FM's Jennifer Zamparelli, Shawna Scott from Sex Siopa joined Jen in studio to talk about the Irish attitude to sex toys.

It is social media profiles on Instagram and Twitter that provide the platforms that generate the on-going interaction that creates the intimacy necessary to develop tens of thousands of followers.

These platforms offer a gateway from the precarious life of the ‘pop-up escort’ to a more on-going financially sustainable model of interaction as broadcasters on video sharing sites like OnlyFans.

It is not as easy as it may sound. Broadcasters of sexual content join a crowded market place, all vying for a piece of the attention economy.

Those with the advantage of having an existing large following on social media seek to persuade them to sign up as monthly subscribers, and harder still, to remain loyal subscribers in the face of much competition.

Lost subscribers have to be replaced. Content has to be regularly uploaded and ensure it does not alienate existing subscribers. Niche content for example, may get a smaller but more loyal subscriber base. Like one of my interviewees, who earns a modest supplementary income from broadcasting videos of himself playing the piano, nude.

There are greater financial rewards for the few that can harness thousands of subscribers from their social media celebrity. The most successful broadcaster I interviewed earned between $350 (€312) to $6,735 (€6,012) a month.

For most however, the promise of monthly subscriptions that dispense of the need to wait tables or clean office buildings doesn’t materialise, although the prospect of earning supplementary income from living their social – and sexual – lives online certainly does.

Dr Paul Ryan is a lecturer in Sociology at Maynooth University. His book Male Sex Work in the Digital Age: Curated Lives has been published by Palgrave Macmillan in March 2019.