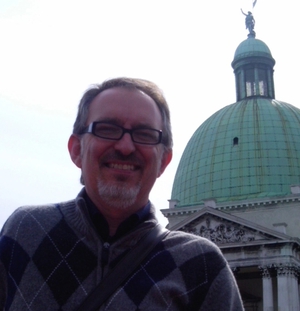 Opinion: We have the right to remain in our own country, and not be forced to move from one's habitual residence and yet in Europe, we receive those forcibly displaced, needy, and frightened with cruel, loathsome, and harmful hostility.

The Polish journalist, photographer, and poet Ryszard Kapuściński once said that life is about trespassing borders. When faced with someone from the other side of our borders, one option we have is to embrace the ethics of hospitality. The alternative is to imprison, marginalise, exclude, abandon, or harass.

This is the dilemma we are facing today where families fleeing war, hunger, drought and extreme poverty are knocking on Europe’s door.

To move and to cross borders has been a constant feature in the history of humanity. Travellers, merchants, pilgrims, tourists, explorers, nomads, settlers, and warriors have brought individuals, communities, peoples, and cultures into contact with varying degrees of friendship and violence for centuries.

More than 2,500 hundred years ago Herodotus, the world’s first historian, listed hundreds of tribes and languages, and recorded something that has existed since time immemorial: human plurality, diversity, and movement.

The essence of our humanity is to be in relation with others as we are ‘beings of encounter’. French philosopher Emmanuel Lévinas called it the ‘fundamental event’ - the most important experience, the broadest of horizons.

The process of increasing globalisation in our time favours the movement of goods, capital, and commodities but it excludes, limits, and hinders human mobility, which can be voluntary or involuntary, and often forced.

Alongside the basic right to emigrate, we also have the right not to have to emigrate. We have the right to remain in our own country, and not be forced to move from one’s habitual residence because of wars, internal conflicts, persecutions, hunger or climate change.

And yet in Europe, we receive those forcibly displaced, needy, and frightened with cruel, loathsome, and harmful hostility.

On RTÉ Radio 1's News At One, Libyan affairs specialist, Mary Fitzgerald says the fighting between General Khalifa Haftar and troops loyal to the Tripoli government of Prime Minister Fayez al-Serraj has also placed the lives of refugees and migrants in jeopardy as armed groups descend on the Capital.

On the one hand, there is a growing trend that considers people who wish to move around the planet as dangerous criminals; the ‘poor’ foreigner is seen as an enemy.

This is not only the case in Trump’s America with his talk of building a wall and the daily mistreatment to Latin American immigrants. In Spain, illegal immigrants are subjected to exceptional regimes in purpose-built Centros de Internamiento de Extranjeros (CIE - Centers for the Internment of Foreigners) from which they are often expelled from the country without guarantees.

Since 2012, refugees and undocumented immigrants in Spain have been denied basic health care, resulting in preventable deaths from neglect and other public health issues. The alternative is for countries with dubious democratic practices (Turkey, Morocco, Libya) to be paid to retain and control the migratory flow from sub-Saharan Africa or Syria.

The United Nations Mission’s report on the situation of refugee and immigrant camps in Libya is terrifying: slavery, human trafficking, degradation, rape, cruelty, torture, hunger, all subsidised by the European Union.

To make things worse, a sanctioning regime is currently being established in many countries of the European Union against people who exercise active solidarity towards irregular immigrants. Aid and rescue actions at sea by NGOs such as Open Arms or Humanitarian Maritime Rescue are hindered.

Activists such as Helena Maleno, a human rights activist famous for alerting of drifting vessels in the Straits of Gibraltar, or the young French farmer Cédric Herrou who housed migrants in transit between Italy and France, or the mayor of Riace (Italy), Mimmo Lucano, who received Kurdish refugees in his town, have all suffered for their humanitarian actions.

These impediments not only constitute an intolerable moral blindness but are also a direct violation of our legal duty to provide relief and assistance. The omission of care is not only immoral but also illegal in most European countries.

According to the Law of the Sea, anyone who does not assist shipwrecks is a criminal and states that hindering or preventing their citizens from fulfilling their duty are also breaking the law.

The alarming accounts coming out of countries like Italy, Hungary, The Netherlands, United Kingdom, and Spain, fuelled by xenophobic rhetoric of natives being ‘invaded’ by immigrants, tell a lie.

The reality is that roughly 150 million people currently live outside the country in which they were born - barely 3% of the world's population. In Spain, the population impact of immigration is extremely low, insignificantly so, especially is we consider that Spain has declares itself "empty", with entire towns fading from the map.

In his book Ethics of Hospitality (Routledge 2017), Spanish philosopher Daniel Innerarty argues that in the exchange of hospitality the first form of a general humanity is manifested. There are two types of hospitality: passive or active.

As a passive duty, we should allow a foreigner to cross our borders, to settle in our territory, and to use public spaces and roads with the same rights and responsibilities as anyone else. All without discriminating against them only because they are foreigners.

They come unarmed with the intention of living or being among us in peace to work, trade, exchange, and communicate. This is the visiting right that Immanuel Kant defended as a condition for peace in his essay Perpetual Peace (1795).

From RTÉ Radio 1's This Week, Carole Coleman speaks to a Syrian family who came to Ireland as refugees - about their struggle to make a life in Ireland, and how music has brought them closer to their new community.

But passive hospitality is a limited and restricted vision of hospitality, grounded on the distinction between host and guest. Post-colonial studies has emphasised the dangers of viewing the immigrant as a guest, which reinforces the dichotomous distinctions between native and foreign, power and weakness, possession and indigence, and stability and nomadism.

On the other hand, active hospitality focuses on our asymmetric responsibility which attends to the greater vulnerability of the migrant, motivated simply by the act of giving without expecting reciprocity. Active hospitality entails welcoming the other by giving or doing the minimal essential human care: shelter, food, drink, and rest.

In the European Christian tradition, this is the rule imposed by St. Benedict of Nursia to the Benedictine monks. Alternatively the secular version is found in the preamble of the Universal Declaration of Human Rights of 1948, which states that human beings must behave fraternally towards one another, as members of the same "human family".

Cuban poet and essayist José Martí, writing in the 19th century, was right when he said that helping those in need is part duty, but also part happiness. At the very least, we have an imperative of passive hospitality towards immigrants and refugees, and possibly a duty to go beyond it through active hospitality. Why feminism can be good for men