Opinion: the British recruits policing Ireland during the War of Independence had a reputation for ill discipline, drunkenness, brutality and violence

Few groups in Irish history acquired a reputation as notorious as the Black and Tans, one that has ensured that even a century later they remain etched in Irish popular memory. In recent days, Dominic Behan's rebel song "Come Out Ye Black and Tans" has featured memorably on Alan Partridge and on an advertisement for Brady’s Ham. But who were the Black and Tans? Why were these men deployed in Ireland? And why was this strategy so counterproductive?

Holy shit, the end of the latest Alan Partridge episode is amazing! pic.twitter.com/EVN2KzSny6

The principal target of the IRA during the War of Independence was the Royal Irish Constabulary (RIC), a force of about 9,500 officers and men in 1,397 barracks across the country. From April 1919, the 19th century tradition of boycott and social ostracisation was dusted off and deployed against the police, their immediate families and those who associated with them. In some parts of the country this became so systematic over the following 12 months that the police were forced to commandeer food supplies or starve. A woman accused of supplying the police with milk in Co Roscommon had pig rings clamped to her buttocks with pincers.

Steadily, the scale of violence increased: 18 policemen were killed in 1919, but 22 in the first four months of 1920 alone and almost 200 by the end of that year. The combination of boycott, violent attacks and mounting casualties demoralised the RIC. The typical RIC constable did not have the experience of weapons or the requisite training to meet the IRA challenge. For many, the sensible course was to resign, or retire, or do as little as possible to endanger life and limb. Tellingly, the number leaving the force was twice as high in 1919 to 1921 as it had been between 1910 and 1919. Potential recruits were intimidated and vacancies went unfilled.

From RTÉ Radio 1's Ryan Tubridy Show, historian Dr. Tomás MacConmara on his book featuring oral memories from people who were alive during the time of the Black and Tans

By the end of 1919, smaller outlying police huts, staffed by three or four policemen, had become untenable and were evacuated. By the summer of 1920, one third of the police barracks in the country had been closed. The beleaguered RIC was then concentrated in larger and more fortified barracks, and issued with better weaponry. The contraction of a police presence in many parts of the country allowed the republican counter-state to gain a foothold with the appearance of Dáil courts to supplant the British legal system.

The British government was slow to realise the scale of the dislocation of law and order in Ireland having been preoccupied by the Versailles Peace Conference and distracted by labour unrest at home. Throughout the War of Independence, the British cabinet refused to recognise the IRA campaign as a guerrilla war lest the underground Dáil be conferred with belligerent status. As David Lloyd George, the prime minister, put it "you do not declare war against rebels".

From RTÉ Radio 1's Drivetime, Myles Dungan's On This Day report looks at the 1920 recruitment drive for the Black and Tans

The IRA was deemed a "murder gang" and the Irish problem was viewed as a policing job. When sufficient police recruits could not be found in Ireland the alternative was to tap the large pool of unemployed British veterans of the First World War. Moreover, they had the hardened military experience to implement counter insurgency measures. A recruitment drive began in early 1920. Advertisements promised decent pay of 10s. a day with a weekly bonus of 6d. for single men (and double for married men), free subsistence allowance, generous paid leave and a pension. Those who found the job not to their liking could leave after a month’s notice.

The first recruits arrived in Ireland in February 1920. As the British economy went into recession, the number of recruits increased. A temporary shortage of RIC uniforms saw the issue of khaki military trousers (which fittingly belied a semi-military role) and dark green tunics. This mixture of kit gave rise to the Black and Tans sobriquet. The term was also applied by contemporaries to the RIC Auxiliary Division, recruited in July 1920 from ex-army officers. The Auxiliaries wore only military attire and distinctive Tam o’ Shanter caps in the style of Scottish regiments in the British army.

A training depot was established at Gormanston, Co Meath where the Black and Tans received rudimentary instruction in policing for three or four weeks before being sworn in as temporary constables of the RIC. They worked side by side with members of the old RIC and were dispatched to those parts of the country – such as Cork and Tipperary – where RIC numbers were most depleted. By contrast, the Auxiliaries did not operate as regular policemen. They were deployed in companies of 100 to the most disturbed areas of the country and were highly mobile with their own transport.

The popular myth that the Black and Tans were the sweepings of the English prison system has no substance. The advertisement sought men with a good army character. The recruits certainly differed from the old RIC with their predominantly English accents, urban working class backgrounds, non-Catholic religious affiliations and sometimes short stature.  The height requirement for the RIC of 5 feet and 9 inches was lowered by four inches for the new recruits. Not all of the Black and Tans and Auxiliaries were English: some were Welsh, some were Scottish and some were Irish.

From RTÉ Radio 1's Drivetime, Myles Dungan's On This Day report on how the Black & Tans and Auxiliaries burnt Cork in 1920

The Black and Tans did not look or act like policemen. The more militarised the police became the more they alienated Irish and subsequently British public opinion. They quickly gained a reputation for ill discipline, drunkenness, indiscriminate shooting, brutality and casual violence.

The War of Independence entered a more brutal phase after the implementation of the Restoration of Order in Ireland Act in August 1920. An unofficial system of reprisals was tolerated in response to IRA attacks. Homes and businesses were burned or looted, beatings and mock executions became commonplace as did extra judicial killings. Though less well recorded, there must also have been sexual violence. The Black and Tans were identified with the most controversial episodes of the War of Independence such as sack of Balbriggan in September 1920 when 50 houses were burned and two suspected "Sinn Feiners" killed.

From RTÉ Radio 1's Documentary On One, Reprisals tells the story of the short life and tragic death of 24-year-old Eileen Quinn who was shot dead outside her home in 1920.

One of the most tragic deaths of the period was that of Ellen Quinn. On November 1st 1920, she was shot and fatally wounded while sitting on a wall outside her house in Kiltartan, Co Galway with her nine-month-old baby in her arms. The shot came from a passing police lorry. Her death was powerfully evoked in W. B. Yeats’s poem, Reprisals:

Where may new-married women sit
And suckle children now? Armed men
May murder them in passing by
Nor law nor parliament take heed.
Then close your ears with dust and lie
Among the other cheated dead.

It was little wonder that the Black and Tans were feared and hated in equal measure. 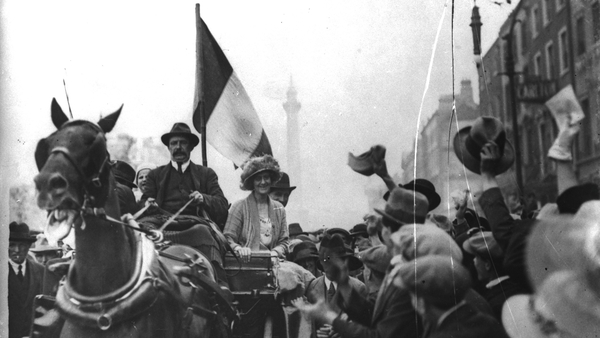 "The most momentous Irish electoral contest of the 20th century" 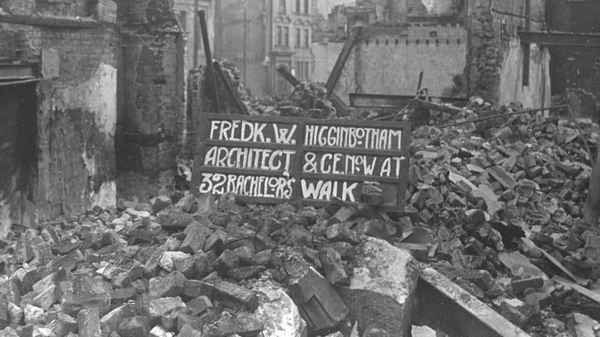