Analysis: the way we used to wed: what were some of the traditions and rituals associated with Irish weddings in the past?

The rural Irish wedding of the past stands in stark contrast to the often jaw-droppingly lavish ceremonies and feasts seen today around which a whole industry has grown in recent years. What were some of the typical wedding traditions from the 19th to the early 20th century for those Roman Catholic smallholders who lived in rural cottages?

Marriage was seen an important social ritual in Ireland and helped "regulate" society. At one time, unmarried people in Ireland were subject to ridicule and belittlement, and there was enormous pressure to conform and get married.

Marriage was viewed as a serious contractual business rather than a romantic one. Arranging the marriage was done through a hired matchmaker or by parents, who used it to maintain or advance their family’s societal position. Matchmaking persisted well into the 20th century and it's likely many of your grandparents or great-grandparents were matched.

The marriage of the eldest son was critical in maintaining the family home and farm. Because such property tended to be small, it was inherited in one piece with the implicit understanding that he would only inherit when he married. He would also provide accommodation and care for his parents as they got older.

The eldest daughter got a dowry which enabled her to marry(usually another eldest-son from another family). Money was often so scarce that the dowry the son got from his future wife went straight to his sister to pay for her dowry.

'What shall the wedding breakfast be?'

The traditional Irish wedding was a far simpler occasion than the weddings we see today and governed by religion, social conformity and tradition. Nonetheless, they were considered special celebratory days. Roman Catholic weddings could not take place during fasting periods such as Lent or Advent and this led to the popularity of the June wedding.

Lavishness and generosity was (and remains) a feature of Irish weddings with lots of food and drink provided to guests. In the past, prosperous brides bought a wedding dress, but for others a new outfit was purchased which could be worn again on special occasions.

Weddings usually took place on a weekday morning straight after Mass. The receptions, held at the bride’s house, were called wedding "breakfasts" to literally break the fast that had been required before taking Holy Communion. The priest who conducted the church service was invited to "the reception" at the bride’s house, as were family, neighbours and friends. This of course required a mini-makeover of the cottage which was spring-cleaned thoroughly in advance with all furniture freshly painted, and the interior and exterior of the house whitewashed.

Neighbours and friends were an essential part of wedding organisation. They helped out knowing that the favour would be returned when it was their turn (namely the Irish tradition known as the meitheal). They helped with the food, loaned extra furniture and so on. Geese and bacon were popular foods accompanied by mashed potatoes, followed by sweet cake and tea. Alcohol such as porter, poitín and whiskey was served after the meal.

Musicians were paid to play music and dancing took place. A highlight of the wedding was the appearance of the Mummers or Strawboys. Disguised with tall straw hats and costumes, their presence at the wedding was believed to bring good luck and health to the newlyweds and they amused the other guests by their singing, dancing and feats.

The people of rural Ireland had strong superstitious beliefs and their weddings had many rituals included to ensure good luck and health to the newlyweds.

It was believed that the wedding party should always take the longest route from the church. After the church service, guests would form a procession with donkeys, carts and horses which would circuit the area making as much noise as possible.

On entering the wedding breakfast, the newly married couple had to walk through the door side by side, as it was thought that if they went in one after the other, the one behind would die first. In some regions, the bride had bread broken over her head by her mother in law in a gesture of friendship.

Many people believed that to leave a Child of Prague statue outside on the eve of the wedding would ensure good weather for the day, a tradition which persists in some parts of Ireland. Horse shoes became associated with luck at weddings, as they contained iron which was thought to be a potent weapon against faeries.

Popular wedding gifts for newlyweds included dowry chests for the bedroom and pictures of the Sacred Heart and Catholic plaster statues were popular starter gifts for the newlyweds.

The lavish honeymoons we know today were not on the agenda for most rural Irish couples of his period. Straight after the wedding, the bride would go to her new husband’s house accompanied by her dowry. One tradition was that she was ceremonially presented with the tongs of the hearth to symbolise her new job of running the household, now that newlyweds were officially taking over from her husband’s parents.

Although past weddings were simple affairs, they generated just as much excitement and the same best wishes for the future happiness of the newlyweds. This happiness and excitement are a tradition that Irish weddings continue to this day. 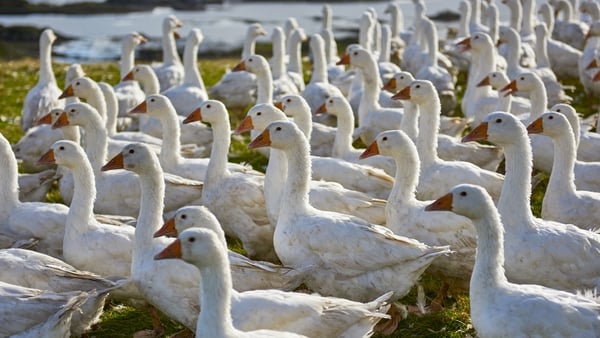 The stories behind Irish harvest customs

7 things you probably didn't know about Áras an Uachtaráin

A potted history of change in the Phoenix Park