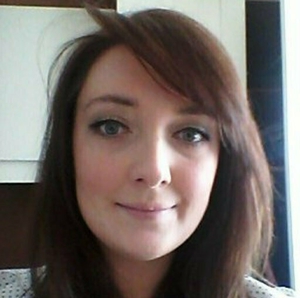 Analysis: preparing elite athletes for the lows that come after the highs is critical to their long-term well-being

We all experience ups and downs in our careers. A new role, a new boss or the demands of additional responsibilities from a promotion can be exceptionally stressful. However, most of us have more than one opportunity to perform well in our career and we rarely (if ever) must perform with millions of people looking on.

The opportunity to compete at the Olympic or Paralympic Games is preceded by years of training in bitter Irish winters. It involves time away from family and friends, and, for some, a general feeling of missing out on life’s normal events like weddings, birthdays and graduations. Following an arduous qualification process to gain the right to compete, the media hype rises and an Irish athlete can suddenly move from relative anonymity to becoming a daytime TV talk show star.

As an athlete, your Olympic experience begins with the spectacle of the opening ceremony and the anticipation of competition. Next comes your opportunity to perform, followed perhaps by a delay before you find out if you will advance to the finals. You know you are ranked in second place, with three athletes left to go. The final athlete performs and you come fourth.

Your roommate competes the next day and you are left alone to ruminate on your next step and what more you could have done. You attend the closing ceremony and travel home with the team. As you land in Dublin Airport, the medallists are asked to come to the front of the plane and disembark first for the waiting media. You step aside to make room for the success stories.

As you make your way through the arrivals hall, you slip through the barriers to find your family and they embrace you. You collect your car from the long-term car park and drive yourself home. Uncertainty about how to spend your time settles in. What’s the point in training? You’re not sure if you have it in you to do another four-year cycle. You wonder is it time to go back to college and get the education you had to give up in favour of three-a-day training sessions. Maybe you could go pro. Would sponsors even be interested in someone who came fourth?

From RTÉ Radio 1's Seascapes, Irish champion dinghy sailor, Fionn Lyden, talks about his efforts to qualify for the Tokyo Olympics in 2020

The Olympic and Paralympic Games are a pinnacle experience for athletes, coaches, support staff and their families. Each Games are unique in their own way and are an intense physical and psychological challenge, leading to mixed emotions. One Olympian speaking about his post-Games experience said "it is like a death. It is horrible, a rotten feeling, but I was like ‘I have to get back there it was the best day of my life’".

An athlete’s usual support network are unlikely to be available during the post-Games' period, as coaches and support staff take a well-earned break and family members expect to be repaid for the normal life events that were missed for training.

What compounds the difficulty of this transition is a lack of preparedness. Until very recently, the worldwide focus has been on preparing athletes to compete at the Games, with little consideration by governing bodies and researchers on the deleterious effects of high-pressure competition on the mental health and well-being of the athletes. More and more often, we see high-profile athletes publicly discussing their struggles with mental health throughout their careers. Funding bodies constantly demand improvements in performance and ,while athletes push themselves past the edge of what is known to be humanly possible, the question of where the duty of care to these people lies arises.

From RTÉ Radio 1's Ray D'Arcy Show, Olympic silver-medalist, politician and counsellor Kenneth Egan on what to do when you retire from sport

One organisation addressing this question and stepping up to the challenge to provide whole-person support to athletes is the Sport Ireland Institute (SII), who provide science and medicine support to over 200 athletes and coaches. Ahead of the Rio 2016 Games, the SII sought to understand how athletes can be best prepared to adapt to challenging transitions within their career, and more specifically the post-Games transition. They partnered with researchers Siobhain McArdle and Emma Burrows from the School of Health and Human Performance at Dublin City University (and co-funded by the Irish Research Council Enterprise Partnership Scheme), to create a plan of action to prepare athletes, coaches and support staff for the rollercoaster of the Rio 2016 Games.

Interviews conducted in the early stages of research assessed how best to deliver the plan. Based on the results, three workshops and a digital video were developed. The aim of the workshops was to educate the Olympic and Paralympic sport community about the Games experience, including preparation, competition and adjustment to the post-Games period. The program was entitled the Evolution Series to reflect the need for athletes to constantly adapt and evolve their thinking to manage challenging situations.

The delivery of the workshops was led by the the SII's Phil Moore, Paul Gaffney and three-time Olympian Eoin Rheinisch. The delivery team travelled to the training bases of sports across the country to deliver the workshops. As an athlete mentor, Rheinisch shared how his post-Games transition experience evolved over his career. Feedback on the workshops was overwhelmingly positive, with attendees citing the authentic message and delivery by Rheinisch as the most attractive feature.

In a follow-up with attendees after the Rio 2016 Games, they described how they used the information from the workshops to create action plans for their career and were better able to identify that low-mood was a normal part of the transition process. Given the demands Irish athletes face from both the general public and funding bodies in the pursuit of excellence on a world-stage, preparing them for the lows that come after the highs is critical to their long-term well-being.