Opinion: the event says much about Ireland's past, present and who we imagine ourselves to be

It’s that time of year again when attention turns to Kerry and the Rose of Tralee, a festival that is never anything less than a national talking point. Irish society’s relationship to the festival is notable for its tensions and contradictions. While sections of the media ridicule it, the televised show is consistently one of our most watched annual broadcasts. Fr. Ted’s much-quoted Lovely Girls' sketch is often used as a disparaging shorthand for the contest.

Yet, far from being passive, blandly interchangeable "lovely girls", the Roses are typically very accomplished and their achievements and lives reflect the changing role of women in Irish society and abroad. Although "loveliness" is emphasised, it is the least of the contestants’ achievements In many respects.

From RTÉ Archives, a 1967 Newsbeat report by Bill O’Herlihy behind the scenes at the ninth Rose of Tralee

The Rose of Tralee began in 1959 as a tourist-attraction enterprise based on the celebration of a very specific type of femininity which has strong cultural connotations in Ireland. In the love song which partly inspired the contest, the Rose of Tralee is a woman named Mary. We are introduced to her entirely through the eyes of her suitor. He tells us that she "all smiling sat listening to me", that she is "lovely and fair as the rose of the summer" and "[h]er voice was a solace and comfort to me." What we glean about Mary is not her hopes, her desires or her experiences, only the male narrator’s starry-eyed interpretation of her.

Mary is agreeable, "lovely and fair", but crucially, not sexual or threatening. She is eerily evocative of the "comely" or "happy" maidens of De Valera’s famous "That Ireland we dreamed of" speech, which placed women firmly within the home. In name and nature, she is also evocative of the Virgin Mary, who served as the model of respectable Catholic femininity for generations.

From RTÉ Archives, a RTÉ News report by Mary Wilson on the 1995 Rose of Tralee preperations

But many thousands of women and girls failed to make this grade. For their so-called sins, they were incarcerated in draconian institutions across the country. In an Irish cultural context, we could say that the comely maiden is one side of the coin, the fallen woman the other, and that both forms of femininity inform and rely on one another. It should be stressed that these categories of womanhood were not accidental nor inevitable. Rather, they were socially sanctioned and, although Ireland is progressing, the effects of this history are still felt by Irish women today.

The increasing diversity of the Roses in recent years can be read as reflecting a changing Ireland and a changing contest, yet the ethos of earlier times lingers. Unmarried mothers were barred from entry until 2008 and current rules stipulate that entrants must not be married now or in the past. Entrants cannot be older than 28 years of age. They are also expected to have a male escort for the duration of the festival. Entrenched in these stipulations are notions of femininity which give primacy to youth and traditional heterosexual relationships. In an Ireland where debates about inclusion, visibility and equality are now commonplace, it is not surprising that critics interpret such rules as regressive.

The most controversial moment of the contest in recent times (or perhaps ever) came during the 2016 live televised broadcast from the Dome. During her interview with compere Dáithí Ó Sé, Sydney Rose Brianna Parkins expressed her support for a referendum on the Eighth Amendment. She faced heavy criticism, much of it centred around the claim that the Rose of Tralee is apolitical and therefore above campaigning. Those in support of Parkins argued that celebrating women should include acknowledging their rights and not silencing them, as Irish society so routinely did in the past.

What this incident reflects is the tension between the idealised brand of femininity promoted by the contest to audiences at home and abroad, and the lived realities of Irish women, realities which remained until very recently largely unspoken. Parkins’ daring remarks and the subsequent public debate she inspired brought these two spheres together within a culture that had long endeavoured to keep them apart, venerating one while vilifying and denying the other, unable or unwilling to accept the complexities of women’s lives.

From RTÉ Lifestyle, this year's host Dáithí Ó Sé has a few words

In an ironic way, the controversy sparked by Parkins’ offers an insight into the contest’s enduring popular appeal. As a live show, it still has the capacity to surprise, although this is usually through comedy rather than political speeches. For generations of Irish people raised in two channel land, it is event television akin to the Late Late Toy Show and therefore unmissable.

In an increasingly globalised and fragmented world, the contest offers a reliable albeit rose-tinted representation of Ireland and Irishness for those who desire it. It has also been easily, even gleefully subsumed into the digital landscape, where the twists and spills of the live shows light up Twitter and quickly become memes and gifs.

Irish society has come a long way since the first Rose of Tralee in 1959. It is perhaps partly for this reason that the contest continues to attract the level of attention it does. To dismiss it as a mere Lovely Girls competition is to overlook how it serves as a touchstone for the tensions between Ireland’s past, its present, and who we, as a nation, imagine ourselves to be. 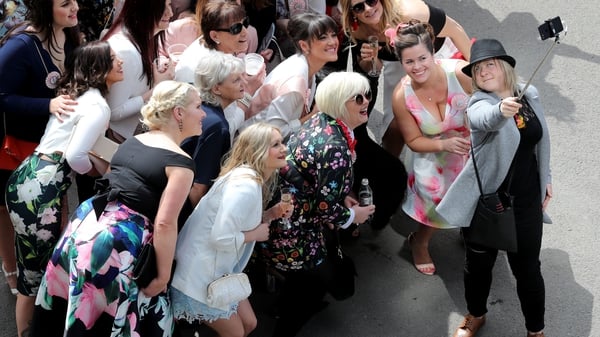