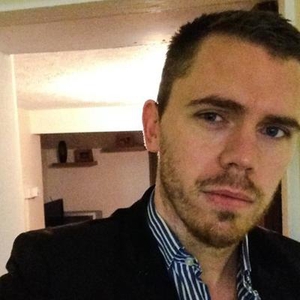 Opinion: the annual debate about commercialism, clothing and gifts at Communion time relates in many ways to changes in power and control.

Communion has become a subject of significant debate around this time for the past decade at least. One of the reasons for this is the intense commercial activity that takes place around Communion every year. Another is the decline in sustained religious observance on the part of many families of Catholic upbringing. Another reason is the debate about the non-availability of schools that are multi-denominational, minority religious, equality-based and/or secular in ethos.

But I would argue all these issues are linked to deeper concerns about the changing nature of Ireland as it navigates an advanced capitalist, globalised world. In fact, Communion can be seen as a window through which we can understand much bigger social issues.

With these issues in mind, I undertook an Irish Research Council-funded project to examine how children of Communion age (seven- to eight-years-old) from different localities and schools understood and experienced the world around them. This study also examined how young people and adults (teachers, parents, religious leaders and senior citizens) experienced childhood in the same locality. My colleague Dr. Yafa Shanneik from the University of Birmingham) worked with me on this study and a report is available here.

RTÉ Radio One's Documentary on One (2014): Mairead's First Communion. Mairead is excited about making her First Communion with all her school friends. But for her non-practising Catholic parents, Anne and Joe, it's not so simple as they navigate their way through this Irish tradition.

We can understand public debate about commercialism, tasteful clothing and gifts at Communion time in a couple of ways that relate back to power and control. First, today’s increased availability and array of clothes and new technologies means that old ways of distinguishing between middle-class and lower-income communities have somewhat disappeared. Indeed, British sociologist Beverley Skeggs has demonstrated that media, including reality TV, is a key ground where audiences are invited to make distinctions between "tasteful" and "distasteful" bodies.

Second, the concern that children’s presumed innocence could be lost to commercialism works to reaffirm the at-times arbitrary authority adults can have over children. This is despite children’s historic involvement with marketised goods in modern societies.

Third, given that Catholicism eventually became central to Irish nation-building, anxiety has arisen in the past two decades about who "we" (as Irish people) are if "we" are not eternally Catholic. This is despite the fact that globally speaking, "Irishness", "family" and "childhood" are modern cultural constructs that involve a diverse and mobile array of bodies, feelings and identifications.

From RTÉ Radio One's Morning Ireland, reporter Aisling Kenny asks people on Dublin's Grafton Street how much they got for their First Communion

In Ireland, one of the ways in which parents – particularly mothers - are invited or even pressured to demonstrate white (majority ethnic) middle class status is by ensuring that the clothes and gifts their children have are tasteful and simple, even if still expensive. We also found in the study that those who did not conform to the norm of getting baptised as an infant, or not wearing the carefully coded clothes, could often be seen as religiously inauthentic at best, and opportunistically baptising their children at worst.

These views ignored the unique, complex beliefs and engagements with the world of the children and families interviewed. It also particularly ignored the efforts that minority ethnic and working class families put into showing affection and esteem for their children at effectively public community events like Communion.

Many parents we spoke to saw attending the local school as important, while also ideally wanting a school that aligned with their beliefs.

Part of the reason, Communion is an intensely scrutinised public event is because state-funded schools in Ireland are largely Catholic-run. School choice has been the focus of campaigns by patrons (including Catholic clergy), voluntary organisations and NGOs who are concerned with the protection of the right to access one’s local school and to be educated. Many parents we spoke to saw attending the local school as important, while also ideally wanting a school that aligned with their beliefs.

While Minister for Education and Skills Richard Bruton recently emphasised that not everyone can have the school of their choice, our government and governments internationally have being using the issue of freedom of conscience to extol the virtues of marketised, competitive school systems. The minister’s caveat about not having unlimited choice is entirely consistent with marketised education systems, that largely make religious and non-religious communities responsible for establishing the type of school they want. Existing research shows such systems favour majority ethno-religious traditions, patrons who already have a long-standing relationship with the state and patrons that have the most resources.

While I am loathe to suggest an entirely secular school system would fix everything, there are at least two questions that need to be asked. Why has the system of patronage itself never been fundamentally questioned by our politicians? And who wins when we draw distinctions between authentic and inauthentic families in school communities and ignore broader social forces (capitalism, racism, patriarchy) at play?

Whether one is Catholic, Muslim, atheist or of no beliefs, understanding Communion as being part of a much bigger set of debates and struggles is key to understanding why the more things change, the more they seem to stay the same. 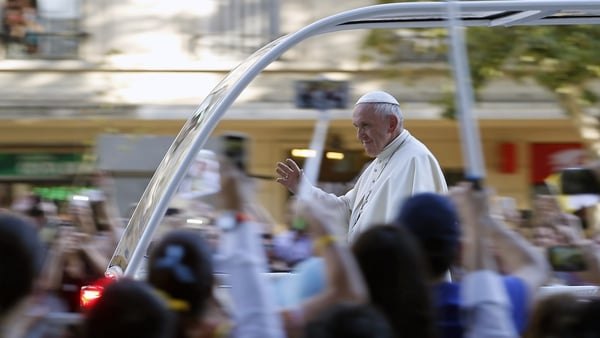 The Francis effect: what to expect when the pope visits Ireland

Dr Karl Kitching is a lecturer in the School of Education and director of Equality, Diversity and Inclusion at UCC