Opinion: should we allow foreign donations to support the activities of Irish civil society organisations?

Civil society organisations such as the Irish Council for Civil Liberties and Amnesty International play a vital role in promoting human rights and fundamental freedoms. One of the chief ways they do this is by holding the government to account. They are also engaged in advocacy on issues within their respective mandates.

Sometimes the campaigns adopted by such organisations may not be to everyone’s liking, especially the relevant government when its policies are subject to informed criticism. In this way, civil society organisations play a key role in a functioning democracy, especially when it comes to political accountability.

The recent controversy in relation to Amnesty International’s refusal to return a large donation it received from outside Ireland to support the campaign to repeal the 8th Amendment is a case in point. In the eyes of the public, this issue and the abortion debate are conflated. This is a mistake as there are more fundamental issues at stake about the role and funding of civil society organisations in general.

In January, the EU Fundamental Rights Agency, the EU’s centre of human rights expertise that helps to ensure the fundamental rights of people living in the EU are protected, published an important report on the challenges facing civil society organisations working on human rights in the EU. The report provides a timely insight into the situation throughout the Union and is especially relevant to Ireland, owing to the recent controversy surrounding the interpretation of the 1997 Electoral Act as amended.

The controversy revolves around the interpretation of a 2001 amendment to the 1997 Electoral Act and its enforcement by the Standards in Public Office Commission. The legislation was originally intended to prevent political corruption and regulate political campaign funding. However, it is now being interpreted broadly and it is being applied to the ordinary work of community and voluntary organisations. Legitimate fears have been expressed that there is a real risk that these laws may be used to potentially muzzle legitimate and important voices in civil society such as community organisations, non-profits, charities and international NGOs among others.

The EU Fundamental Rights Agency noted the vague wording of the 1997 Act as amended and the tendency to interpret it in an overly expansive manner. It drew particular attention to the broad definition of political purpose and its potential adverse impact on civil society organisations in Ireland and noted that funding for this sector had fallen dramatically in recent years. In addition, investigations are often triggered by complaints to the regulatory body, so enforcement can inadvertently be selectively targeted.

A further problem with the Electoral Act is the ambiguous language used to define a "third party" (the mechanism used to classify the types of groups which fall under the Act’s provisions). Since 2001, the definition of what constitutes a third party includes any organisation simply seeking to influence government or public policy that has received a donation in excess of €100. This is at the heart of the current dispute between the Standards in Public Office Commission and Amnesty International Ireland. The publicity generated by this dispute and the forthcoming referendum on abortion has distracted from the broader debate about the implications for the wider civil society sector.

The UN Special Rapporteur on the right to freedom of assembly and peaceful association has drawn attention to the work of civil societies in advancing peace, development and respect for human rights. He recommended that they be able to receive funding from domestic, foreign or international sources without undue impediments. The UN Human Rights Council has repeatedly emphasised that undue restrictions of civil society space have a negative impact on implementing international human rights standards.

The Council of Europe Commissioner for Human Rights has also highlighted the shrinking space for human rights organisations and their important role in keeping people informed. He called for a flexible approach to funding sources and for states to refrain from imposing burdensome administrative requirements.

Criticising such policies was fine when they applied to other countries, but now a similar situation has emerged in Ireland

Supporting such activities is important and engaging local civil society actors can be the most effective and efficient use of resources. The irony is that we are now closing down similar activities in Ireland. The challenging environment for civil society is also hampered by similar rules governing the purpose and activities of charities. These constrain the nature of the activities they are permitted to undertake to obtain and maintain their charitable status.

It is not surprising that the EU Fundamental Rights Agency report highlights that it has become harder for civil society groups to support the protection and promotion of human rights due to both legal and practical restrictions on how they operate. The challenges faced vary from state to state and depend on the type and size of the organisations involved as well as the particular domestic and historical contexts.

Criticising such policies was fine when they applied to other countries, but now a similar situation has emerged in Ireland. The legislative framework needs to be reformed and civil society given the space to survive and grow. We have a very active and diverse civil society sector, and like Ireland’s non-governmental organisations, these have served us well. Anything that keeps people engaged and informed must be facilitated and promoted. Democracy is too fragile and important to leave to government or its agencies to nourish and protect. 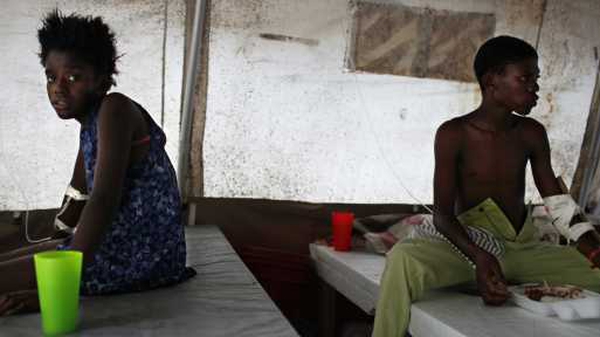 A controversial legacy: the United Nations and Haiti