The Brainstorm long read: from Florence to Galway, Renaissance art continues to connect high culture and popular culture to form and transform identity

A colleague from London visiting Galway for a conference pointed out the mural in Sally Long’s pub. Commissioned in 2007 by publican Noel O’Dwyer and was executed by Ciaran Dunlevy, it is divided into three vertical panels celebrating the history and protagonists of rock and pop music, including Elvis, Bono, Jimi Hendrix, John Lennon, Eric Clapton, Freddie Mercury, Jim Morrison, Blondie, Bob Marley, Johnny Cash and many others, together with a somewhat out of place Marilyn Monroe.

The story it tells may be read as a kind of ascension or hierarchy of contemporary music with Elvis residing at the top right in Paradise. But it’s not only the quasi Dantesque-like partition of contemporary heroes, who seems to inhabit different grades of greatness as they revolve around the ultimate centre of goodness, that makes one think of the Renaissance. Its resemblance to Leonardo’s Last Supper (1494, Santa Maria delle Grazie, Milan) and especially Michelangelo’s The Last Judgement (1536-1541, Sistine Chapel, Vatican Museums, Rome) is more explicit.

Here, then, is one of the reasons for the centrality of the Renaissance: in one broad and all encompassing look, you can partake in the glory of music and its glamour by association with a visual experience embedded in the global collective imagination. The significance of this mural in Galway will be recognised by virtually everybody regardless of where they are from because our cultural roots are deeply connected to the Renaissance.

The Renaissance is important because it makes and continues to provide meanings for both the past and present. We know the present better and we come to appreciate it more through its cultural contamination with the past. The Renaissance offers that vital gel or glue, connecting high culture and popular culture, and forming and transforming identity.

Let’s now move from Galway to Florence, one of the indisputable centres of Renaissance art. If Galway celebrates music in association with Michelangelo and Leonardo, Florence promotes contemporary cultural and artistic practices through its historical heritage.

Two of the main stakeholders in the promotion and articulation of cultural and tourist activities in Florence, the Strozzi Foundation and MUS.E (the Civic Museums of Florence), have devised a program of events that bring renowned international artists like Jeff Koons, Bill Viola, Ai WeiWei and Jan Fabre to Florence. What connects these events, and makes them singular, is the association of the works of contemporary artists and those of the Renaissance. And like Galway, this encounter takes place for the most part in the streets and squares of Florence.

Piazza della Signoria is a case in point. It’s the secular centre of Florentine Renaissance, interspersed with some of the most iconic works by Donatello (Judith and Holofern, 1464, original in Palazzo Vecchio), Michelangelo (David, 1504, original in the Museum of the Accademia), Bandinelli (Hercules and Cacos, 1534), Giambologna (The Rape of the Sabines, 1583 and the equestrian statue of Cosimo I, 1594), and Ammannati (The Fountain of Neptune, 1574).

Now imagine Piazza della Signoria as a performative space, arranged according to principles of harmony, symmetry and beauty dating back to the Renaissance. Figure this place transversed and intruded by large scale contemporary sculptures, some in golden stainless steel (Koons’ Pluto and Proserpina, 2013) and other in a lucid and refracting golden bronze (Fabre’s Searching for Utopia, 2016).

If you cannot do so, neither did many locals who filled the pages of the press with scandalised comments about the incongruity and mindlessness of the match. They wanted the contemporary out of the square and Piazza della Signoria returned to a pristine and immaculate past, which can be observed as a time capsule. Whichever angle one favours, this is an issue worth debating as it goes to the heart of how contemporary cities, including Galway (especially Galway on the eve of becoming the Capital of European Culture 2020), intend and wish to promote their cultural heritage while also attending to tourism interests.

The Renaissance is without question a recognisable global brand which sells. Do we need to count the millions of euros in merchandise that are made through replicas of Michelangelo’s David, Leonardo’s Mona Lisa or Botticelli’s Venus on aprons, mugs, advertising material and other art works (for instance, Warhol’s psychedelic take on Botticelli’s Venus, 1984)?

Maybe we do just to get a sense of the widespread and diffused global fascination and continuous love affair with the Renaissance. We are still so attracted to elegance, dignity, harmony and beauty that we imitate, replicate and digest these renaissance aesthetic categories as soon as we can. We also love to poke fun at them and see just how far we can go at teasing the Renaissance for the sake of a self-congratulating laugh or simply tempering the seriousness of it all.

The fact is that we cannot do without it. And why should we? Claiming the Renaissance is also a way of reclaiming its history and meaning, not only as the cradle of Western civilisation but also as the centre point of a misplaced sense of cultural superiority that has been employed to justify acts of colonisation, spoliation, and conquest.

The Chinese artist Ai Weiwei’s clever and effective display of several rubber rafts on the façade of Palazzo Strozzi in Florence as part of his large exhibition (2016), is a reminder that the Renaissance is not immune from the plight of hundreds of thousands of people who risk death in the hope of a better life. The Florentine curator Sergio Risaliti’s remake of the David, this time black and lying on the floor of Piazza della Repubblica in Florence (2016), is testimony that iconic symbols of the Renaissance play an ethical and social role and not only and exclusively an aesthetic one.

The contemporary, in the words of Nardella, is not merely the mark of artists who live and work today, but the dialogue that these artists have with the past and which is experienced daily in the squares and streets of the city. The city, Nardella seems to indicate, cannot be a museum. It is a living place in which contemporary life is the measure of transtemporal and transcultural encounters.

Most locals remain unconvinced and look at their "renewed" city with scepticism, possibly wishing that modernity and postmodernity had never happened. Yet there are also those who have come to appreciate this odd and provocative contamination. While Fabre’s giant Searching for Utopia turtle dominated the square, a retired security guard put a whistle around his neck and warned passers-by not to sit on the sculpture or consume their ice-creams too close to the bronze. Apparently, he didn’t consult the local authorities, but Fabre’s friendly patting on the shoulder was enough to confirm his self-granted status of protector of contemporary art.

Is this really what the Renaissance has come to? A mural celebrating contemporary music or a conglomeration of incongruous objects of art? But Renaissance art, and especially Italian Renaissance art, made its impact in the world and continues to be a household name because of the contribution and engagement of people outside Italy.

Perhaps what makes history is not simply the past but the ways in which the past is constantly reinterpreted, experienced and possibly transformed by a much larger community than that of a city, region or state. 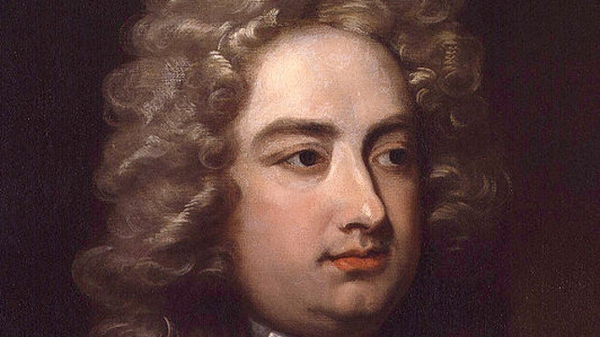