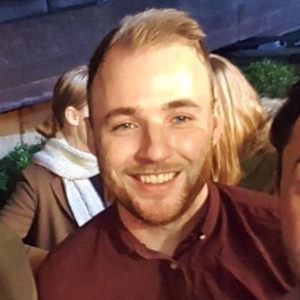 Opinion: how was AIDS covered - or not covered - in Irish media in the 1980s?

It’s nearly 40 years since the first AIDS case was diagnosed in Ireland in 1982. The legacy of AIDS in Ireland has left a long imprint upon its society and culture and it is crucial that the effects of the crisis and its turbulent history are not forgotten. Recent years have seen a turn towards commemorating and maintaining the history the AIDS crisis in Ireland.

The founding of the Irish AIDS Memorial project by long time LGBT rights campaigner Tonie Walsh is one such effort to reposition and acknowledge this facet of Irish history, a history that has remained relatively invisible until recent years. This piece provides a brief overview as to how crucial Ireland’s gay community was in the early days of the crisis.

The initial outbreak of the epidemic resulted largely in the circulation of mass hysteria and damaging information, with much of the press framing the disease in terms of supposed risk groups. Among these groups were the gay community, haemophiliacs and sex workers. This reportage in the popular media led to the creation of a divide with the wider population, confining the threat of AIDS to these risk groups, and stigmatising them in the process. An editorial in The Nationalist and Leinster Times on June 26 1985 suggested that it was not AIDS, but homosexuality that was the killer disease. The mainstream press and media popularised this narrative of AIDS being confined within the gay community, while also pedalling headlines such "Tourists Help Spread AIDS".

Prompted by this media scaremongering, various gay organisation and groups within Ireland came together to form Gay Health Action (GHA) at a meeting in Trinity College on February 3 1985. It was left to Ireland’s gay community to provide the first active national response, focusing on AIDS education as a key concern and producing Ireland’s first AIDS information leaflet.

The failure of institutional bodies to provide support to the activism of GHA can be attributed to the fact that homosexuality was still illegal in Ireland at the time. Due to this climate of criminality, the Irish government refused to fund GHA, as they could not be seen to support what were considered criminal acts, despite initially providing the group support for printing costs in 1985.

Ireland’s first commercial queer publication OUT magazine served as an important and crucial source of information for AIDS, in particular around preventative measures such as contraception. In contrast to the fear and scaremongering in mainstream media, OUT provided a sex-positive treatment of AIDS education.

However, even OUT had to deal with obstacles presented to them by mainstream bodies, in particular, the Carlow Nationalist and Leinster Times printing press who became concerned with OUT’s safe-sex guidelines. On the inside back cover of OUT’s fourteenth issue, GHA inserted a safe-sex advertisement. The advert included two men embracing, accompanied by such pointers as "avoid activities which expose you and your lover to each other’s blood", "let's play safe" and "it's not easy to change, but talking to your partner about both the risks and the possibilities will help".

Both the image and the text resulted in the printing press refusing to print the issue, as they felt "some of the material would give offence to their customers". Evidently, the printing press were not willing to present the advertisement to the gay audience it was intended for and even this alternative publication platform had to navigate overt discrimination.

OUT was one of the few outlets where the gay community could control what was being said about them and this was crucial at a time when the mainstream press and public bodies were ignoring or circulating incorrect information surrounding AIDS. Despite the fact that the UK had government funded public education media campaign in 1986 and 1988 respectively, there was no trace of a similar effort in Ireland until 1987, when the Health Education Bureau launched its Casual Sex Spreads AIDS campaign on television and in the press. Keeping with the tone of the eponymous iceberg and tombstone campaigns in the UK, this Irish campaign inspired fear. In no way was it sex-positive and problematically, it did not contain any message about modes of prevention such as contraception, but rather promoted monogamy and celibacy as the solution.

Within the formative years of the AIDS crisis in Ireland, it was the gay community and its alternative network of communication that countered the paralysis by the state and confronted the epidemic. The Irish case indicates the crucial role played by alternative media such as OUT during the AIDS crisis and how significant this advocacy on behalf of the gay community was, particularly during a climate of criminalisation.

Páraic Kerrigan is a PhD Candidate, Irish Research Council Scholar and John Hume Scholar in the Department of Media Studies at Maynooth University. His PhD is titled Queering in the Years: Gay Visibility in Irish Media, 1974-2014