Speed checks and speed cameras are said to be an effective means of reducing car crashes and road accidents, but does the evidence back this up?

Speed checks have been the focus of motorists’ anger and frustration for years, although we are told repeatedly that they are an effective means of reducing death and injury on the roads. But is this really the case?

Whether speed cameras actually do save lives seems an easy assertion to test: measure the numbers of casualties at a site over a period, say two years; introduce a speed camera; re-measure the number of casualties over an equal period, and any reduction is due to the camera. But it’s not really that simple. Many other factors are at play that might make cameras appear to be more effective than they really are. And these factors are often ignored when evaluating the performance of speed cameras at improving road safety.

Since around 2000, there has been a boom in the use of speed cameras in the UK. Around 800,000 drivers are caught speeding by cameras each year. With the minimum penalty for speeding including a £100 fine, cameras have often attracted criticism as just a money-making scheme rather than an effective way to prevent collisions and prevent death and injury, as claimed by road safety organisations. One such recent estimate suggested that adding around 1,000 additional cameras in the UK could reduce collisions by 1,130, serious injuries by 330 and save 190 lives annually, saving around £21m.

So who is right? Do speed cameras actually save lives?

Cameras are normally installed following a period of unusually high numbers of collisions at a particular site. However, these high numbers may not necessarily be an indication that the site has become more dangerous and therefore in need of treatment, but just due to random variation (blips) in when and where crashes occur. In road safety data, there is a general tendency for collision incidents at a site to reduce anyway following a short-term rise in their number, without any treatment (such as a speed camera) being applied. In statistics, this is known as regression-to-the-mean (or RTM).

We also know that the long-term trend in collisions has generally been downward due to factors such as improved vehicle safety and better driver education.

So if we observe a reduction in casualties at a site following the installation of a camera, we need to ask how much of this reduction would have happened anyway (the RTM effect)? How much is due to general trends in road safety? And how much can we actually attribute to the camera itself?

The effects of RTM and trend can vary between camera sites. Evidence from some camera sites suggests that these effects can account for all the observed reduction – indicating that the camera has had no impact at the site at all. So conventional approaches to assessing the impact of cameras on collisions may be overoptimistic. This has clear and obvious implications when considering the cameras’ value-for-money and whether the investment could have achieved a better return elsewhere.

But this doesn’t mean that there aren’t potential road safety benefits from using cameras. Cameras could certainly have a significant impact in terms of preventing medical treatment costs as a result of road traffic collisions, but we need to apply more rigorous statistical approaches for evaluating the data to avoid bias.

Also, we cannot ignore the fact that the presence of speed cameras can remind drivers of the importance of speed limits and the penalties for being caught speeding, and therefore cameras could be having a more general and beneficial impact on driving elsewhere other than just at camera sites. However, accurately capturing this positive effect from the data is far from straightforward.

And unfortunately, the situation is further complicated by the presence of cameras actually causing some motorists to drive erratically when approaching, for example, by braking heavily, which itself can cause collisions to occur. To make matters worse, half of the UK’s fixed speed cameras may not even be turned on. So the situation is far from simple.

Methods to accurately account for RTM and trend often require knowledge of advanced statistics which may not always be available within a road safety team, and so it is likely that these confounding factors are not being considered consistently across the country. Software is becoming increasingly available for evaluating site-based road safety interventions but this is not yet commonplace.

More recent work also points towards a more proactive, rather than reactive, approach to identifying sites that may have a road safety problem. This would enable future investment decisions to be guided by methodology based on the predicted number of collisions at sites across a road network rather than applying a treatment reactively after a threshold number of people have been killed or seriously injured.

So, do speed cameras save lives? The answer is almost certainly yes, but probably not always to the extent that people are led to believe.

This article was originally published on The. Conversation. Read the original article. 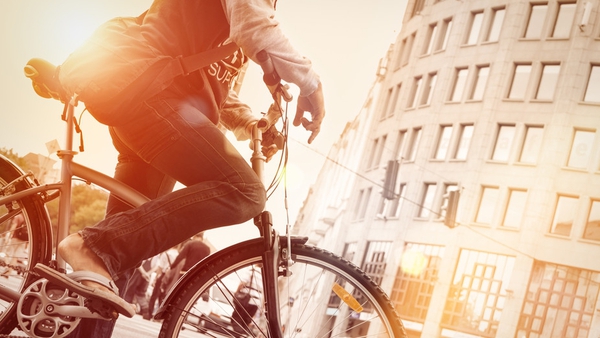 The health benefits of cycling to work are staggering Health