Opinion: the "Butcher of Bosnia" will find out his fate this week after four years on trial on charges of war crimes, genocide and crimes against humanity

This week, the International Criminal Tribunal for the former Yugoslavia will deliver its judgment in what is the Tribunal’s last big trial. Although the world has grown weary of the trials arising from the 1992 to 1995 war in Bosnia-Herzegovina, the judgment in respect of 75-year-old General Ratko Mladić, nicknamed "the Butcher of Bosnia", will determine the guilt or innocence of one of the most notorious figures from that conflict.

After having been at large for almost 16 years, Mladić was arrested in Serbia in May 2011 and transferred to the Tribunal. The trial commenced in May 2012 and the evidentiary phase of the case was concluded in August 2016, with the parties subsequently presenting their closing arguments in December 2016.

During the four year trial, Mladić faced charges of war crimes, genocide and crimes against humanity. The prosecution portrayed the man who led the Bosnian Serb army during the 1992 to 1995 war as a ruthless and brutal commander, responsible for the destruction of Sarajevo and the massacre of thousands of captured Bosnian Muslim boys and men at Srebrenica.

Management of such complex cases is critical and the prosecutor has learned from the mistaken past strategy of "throwing the book" at an accused. It is just not possible to charge an accused with every potential crime and some selectivity is necessary.

That said, Mladić’s alleged crimes included killing Bosnian Muslims and Croats, the genocide of over 7,000 Bosnian Muslim men and boys in Srebrenica and the detention of thousands of others in conditions calculated to bring about their physical destruction. The charges also included war crimes of murder intended to spread terror among the civilian population of Sarajevo through a campaign of sniping and shelling. This included the shelling of Markale market in 1994, when 66 people were killed and over 140 wounded, and the wanton destruction of property.

From RTÉ Archives, Sean Whelan reports from Kosovo on June 17, 1999, shortly after the ending of the war

Inevitably, international investigations and trials take time. One of the biggest challenges facing prosecutors is the fact that the accused is rarely the direct perpetrator of a crime. This means it must first be proven that an international crime occurred and then evidence found linking the accused to the actual perpetrator of the crime. The crime base alone can cover a number of countries, adding to logistical and security issues.

Looming in the background is the memory of the Slobodan Milosevic case, the former Serbian president. He died of a heart attack in 2006 while still in prison before a verdict could be handed down and justice seen to be done.

The court learned from the mistakes made during that case. Milosevic had managed to exercise such a degree of control over proceedings that he sometimes made the trial chamber look powerless. In fact, Milosovic often looked like he was dictating the pace and agenda of the trial.

This was not allowed to happen during the Mladic trial. Last minute efforts by lawyers to have Mladić declared physically and mentally unfit failed. The prison doctors and independent experts monitoring him described his condition as stable. This was seen as a ploy to avoid what defence lawyers saw as an inevitable guilty verdict.

To date the war crimes tribunal has charged 161 persons. However, the administration of justice cannot be selective when deciding who to investigate and indictments addressed crimes committed against a range of ethnic groups from 1991 to 2001. Although those indicted include senior political and military figures from various parties to the Yugoslav conflicts, the court has faced criticism that it has an anti-Serb bias

The prosecution have called for a life sentence. The war crimes tribunal and the UN International Court of Justice have already declared what happened at Srebrenica as genocide. Given the larger than life role Mladic was happy to portray to the world throughout the conflict, command responsibility for the atrocities committed all around him by Bosnian Serb forces was always going to be difficult to evade. Having considered the evidence of his effective control of the Bosnian Serb Army, and the criminal nature of much of joint activities undertaken by Mladic and other senior figures, a finding of guilty is almost certain.

Mladić’s alleged crimes included killing Bosnian Muslims and Croats, the genocide of over 7,000 Bosnian Muslim men and boys in Srebrenica and the detention of thousands of others

Although the case is high profile, it has attracted relatively little media attention. Mladić did not generate the level of drama associated with the Milosevic trial. As this is the last trial, the prosecutor has had the benefit of testing much of the evidence in earlier cases. Portraying Mladic as some kind of well-intended officer with no responsibility for the atrocities did not accord with the evidence presented. Likewise, the defence strategy of depicting Mladic as just defending his people against a fundamentalist threat was ill judged and did not offer a justification for the alleged crimes.

A significant threat to the fairness of such trials remains the inequality in resources between the prosecution and defence teams, and the Mladić trial was no exception to this. A trial must be a forensic exercise to determine truth or innocence and not be used for broader political purposes. In this regard, the trial has been successful and the proceedings provide a detailed archival record of one of the darkest chapters in Europe’s recent history. 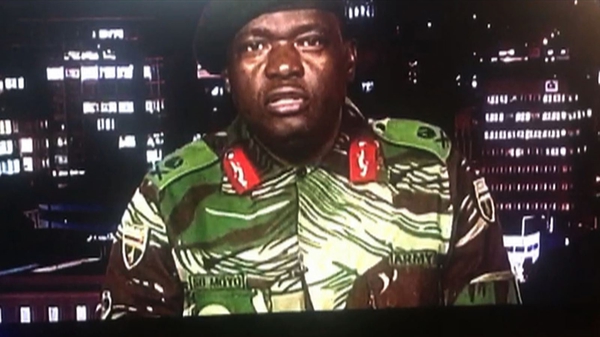 Media and the military

Can Ireland help to get the Iran nuclear deal back on track?

Who monitors the US presidential election?

Why does Ireland want a seat on 'dysfunctional' Security Council?