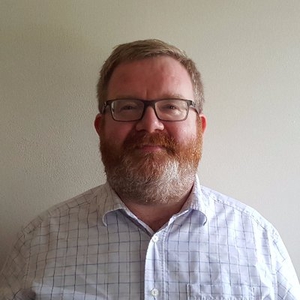 Analysis: with up to eight referendums lined up, there will be no shortage of constitutional debate in the coming years, but what exactly is in the Constitution as things stand?

The Constitution of Ireland is 80 years old this year and the principles set out in this document have had a profound effect on the State and its citizens. In particular, the Constitution lays down important rules governing how the State is run and what it can and cannot do.  Notably, it guarantees a series of important rights and freedoms, restraining the State from undue, arbitrary interference in the lives of its population.

The government has recently proposed several changes to the Constitution, to be put to the people in a series of upcoming referendums. These include a fresh poll on abortion, as well as proposals to allow directly elected city mayors, remove the constitutional ban on blasphemy, and reform the "woman in the home" clause in Article 41.2. It also plans referendums to lower the voting age from 18 to 16, permit citizens living abroad to vote in presidential elections, reduce the living apart requirement for divorce from four to two years, and possibly extend Oireachtas committee powers.

A framework for governance

The current Constitution dates back to 1937, a time when many European states had succumbed to dictatorship and the world was on the brink of war. While a major aim of the document was to assert the State’s full independence from the UK, it primarily sets out a framework for the governance of Ireland.

It divides the main powers of the State between a legislature (the "Oireachtas"), that makes laws, an executive that is responsible for the day-to-day administration of the State and the conduct of its foreign relations (government) and a judiciary that adjudicates on legal disputes and interprets laws. The Constitution also created the role of the President, though the powers attached to this office are very limited.

Additionally, it addresses how various office-holders are elected or selected. Moreover, it ensures that the different institutions do not usurp each other’s exclusive powers. Judicial independence, in particular, is constitutionally mandated.

The broad purpose of this structure is to ensure that excessive power does not lie in the hands of one institution or person alone - and that there are checks and balances in place to safeguard against abuse of power. The government, for instance, is responsible to the Dáil, while superior court judges may review legislation to ensure it is consistent with the Constitution.

The Constitution serves to protect important rights and freedoms, such as freedom of expression and religion, and rights to life, liberty and property. These freedoms and rights are generally not absolute - the state may validly limit their exercise in a proportionate manner to uphold other rights and legitimate interests - though they act as important safeguards against excessive state intervention.

Although they generally tend to be deferential to the Oireachtas’ views on matters of policy, the superior courts have the power to declare that state laws and conduct conflict with the Constitution. With the exception of EU law and certain specific emergency laws, the Constitution prevails over all other laws inconsistent with its provisions.

While the courts often interpret the Constitution as a dynamic, living document, the constitutional text itself can also be altered. From 1938 to 1941, the Oireachtas could change the Constitution on its own (and did so twice). But since 1941, even the smallest constitutional change requires a referendum signalling the approval of the people. The people can only change the Constitution when invited to do so by the Oireachtas as the power to initiate a referendum proposal lies solely with the Dáil. There is, however, no restriction on the changes that the people, as sovereign power, may be invited to make.

Since 1937, there have been 29 amendments to the Constitution. The 8th amendment is perhaps the best known. Passed in 1983,  it copperfastened the right to life of the unborn, while acknowledging the mother’s equal right to life, thereby prohibiting abortion in Ireland unless there is a real and substantial risk to a woman’s life (including a risk of suicide). The 13th and 14th amendments, however, allow freedom to travel abroad for an abortion and a limited freedom of information on foreign abortion services respectively.

Several amendments reflect the changed social landscape in Ireland, such as the 1995 amendment that lifted the former constitutional ban on divorce and the 2015 amendment allowing same-sex couples to marry. A 1972 amendment removed a clause acknowledging the special position of the Roman Catholic Church. In 1999, the controversial territorial claim over Northern Ireland was replaced with an aspiration to unity by consent, through peaceful and democratic means.

A number of amendments have allowed Ireland to join what is now the European Union and to approve various treaties expanding the scope of the EU’s functions and powers. Other amendments have entrenched a ban on the death penalty, restricted citizenship and bail, and have relaxed rules on cutting judges’ pay.

One cannot, however, guarantee the smooth passage of a referendum. The people have rejected 11 proposed amendments in total, most recently on lowering the minimum age of the President to 21 and abolishing the Seanad.

Has the Constitution served us well?

While some of its provisions have attracted controversy, the Constitution has helped Ireland remain a largely stable and democratic state, with relatively high levels of respect for the rule of law. Civil liberties, particularly personal liberty and due process, are generally well protected, though the Constitution has proved less effective on social and economic rights.

As Thomas Mohr has argued, some of its values-based provisions, such as those concerning gender and the family, have "aged badly". Notably, the constitutional protection afforded to the family remains confined to families based on marriage (though the children’s amendment in Article 42A applies to all children). Some controversy also arises around the strongly religious tone of parts of the Constitution.

Other commentators, such as Eoin Daly, have criticised the tendency to over-constitutionalise Irish political discourse, at the expense of public and legislative debate.  Perhaps a more sparing constitution, focussed on the mechanics of governance, would have been more appropriate.

The fact that the people have the final say on any new provisions gives the Constitution a great deal of democratic legitimacy. However, in the absence of a power of popular initiative, the people can only answer yes or no to proposals framed by elected politicians, and only when invited to do so.

In recent years, the Constitutional Convention and Citizens’ Assembly have sparked a renewed interest in the Constitution’s provisions.  With up to eight referendums lined up, there will undoubtedly be no shortage of constitutional debate in the coming years. We need to talk about Brexit

Dr Fergus Ryan is a senior lecturer in law at the Department of Law, Maynooth University