Neil Hannon of The Divine Comedy sings 'Songs of Love' in tribute to the late Dermot Morgan.

A special edition of 'Kenny Live' celebrated the life and work of Dermot Morgan. Tributes were paid to the immense talents of the comedian, satirist and actor Dermot Morgan who died suddenly on 28 February 1998 at the age of 45. 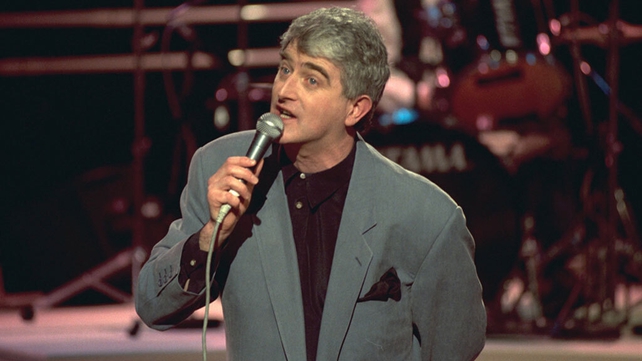 Neil Hannon composed the title music for ‘Father Ted’ which was later worked into 'Songs of Love' a track on The Divine Comedy album 'Cassanova'. He also contributed other music featured in ‘Father Ted’ including ‘Big Men In Frocks’, and ‘My Lovely Mayo Mammy’, and collaborated with the series creators Graham Linehan and Arthur Matthews on the song ‘My Lovely Horse’ used in the episode ‘A Song For Europe’.

This episode of ‘Kenny Live’ was broadcast on 10 April 1999.  The presenter is Pat Kenny.